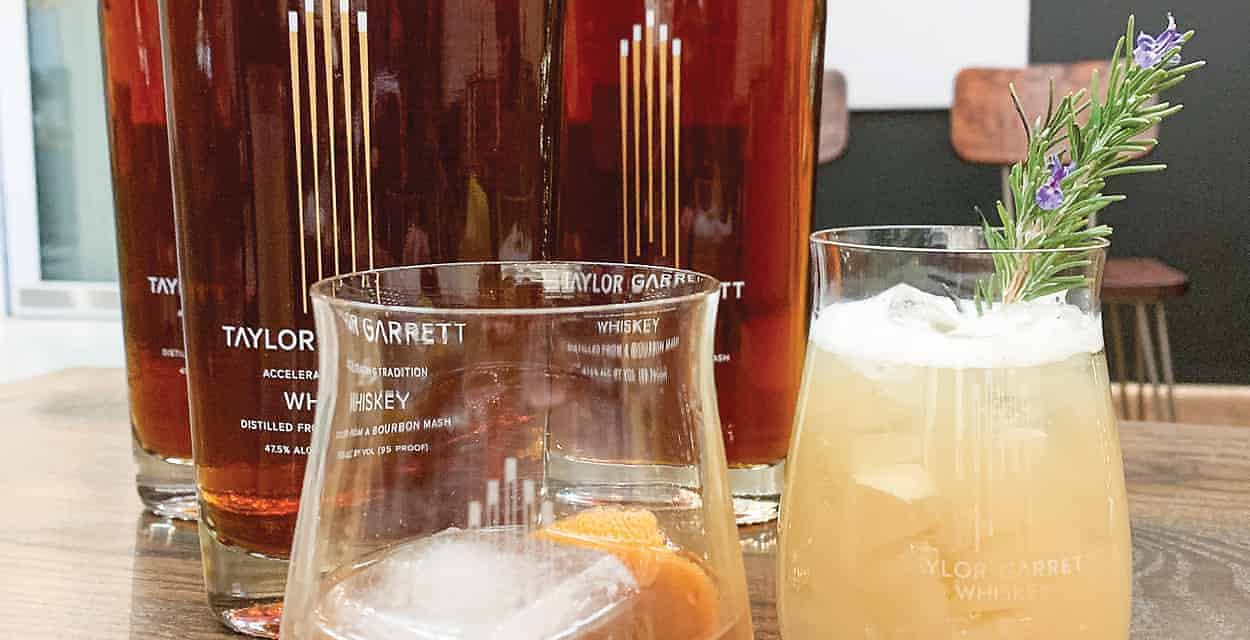 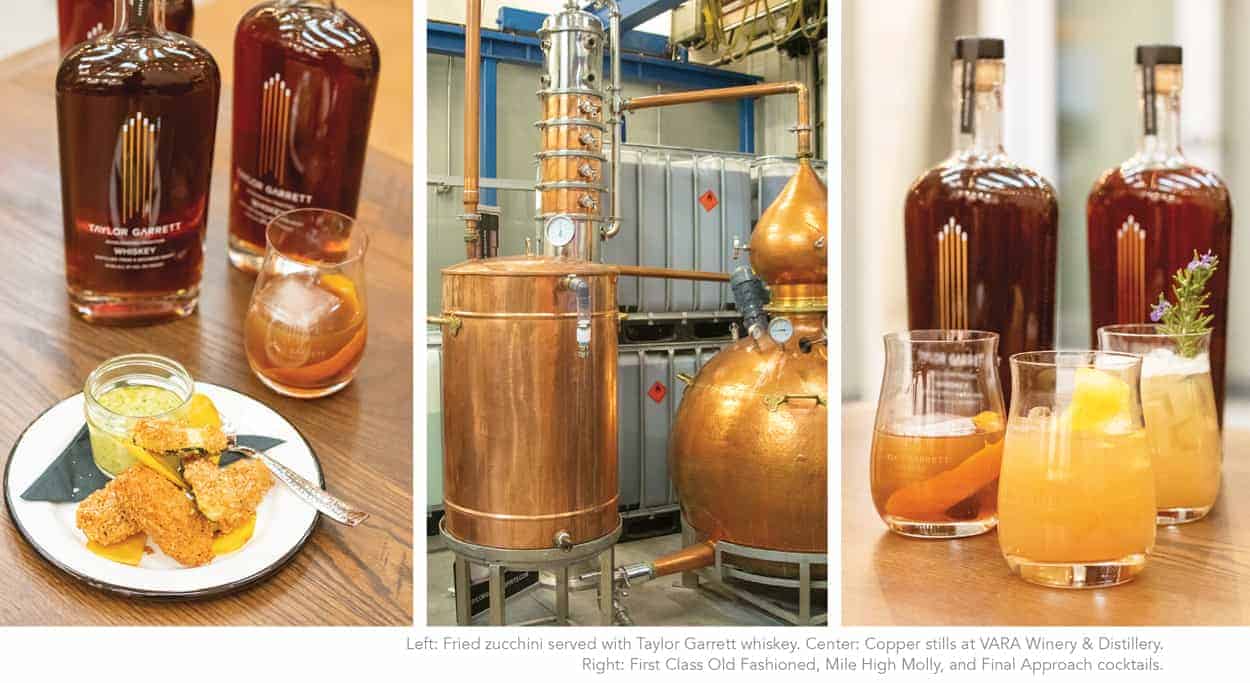 One of Albuquerque’s newest distillers, Scott Feuille of Taylor Garrett Spirits, has a bourbon mash-bill whiskey, and a unique method of making it, that has created a buzz among New Mexico’s whiskey lovers. Counting myself as one, I stopped by the tasting room at VARA Winery & Distillery, where Taylor Garrett Spirits has partnered and fired up its still. Sharply dressed and clean-cut, Feuille, a career pilot and retired naval aviator, greeted me at a dining table where he and his VARA colleagues had laid out an impressive sampling of their food and drink offerings. Three screen-printed whiskey bottles sat in flight formation atop a nearby table.

He handed me a glass. With a rich mahogany color and a nose of toasted oak, vanilla, maple syrup, and corn, I was transported twenty-five years back in time to a scent memory of ripsawing oak boards in my grandfather’s basement. I was shocked to learn that this whiskey was only six days in the making—less than one one-hundredth of the time required to age the youngest traditional Straight Bourbons.

Accelerated spirits, as they are often called, are just starting to make an imprint on the craft distilled spirits industry. Craft distillers such as Brian Davis of Lost Spirits Distillery in Los Angeles are using alternative processes to develop their flavor profiles by subjecting spirits and wood to heat and light to achieve the same chemical transformations that would otherwise take years in a rickhouse. Terresentia Corporation in North Charleston, South Carolina, uses ultrasonic waves to enhance the profile of their spirits; and though their spirits do spend some of the time in traditional barrels, they aren’t doing any of their own distilling. Unlike Terresentia, Feuille finds the true art of his craft in that distilling process. “The skill isn’t letting it sit in a rickhouse for four or eight years,” he says; “if I put the wrong stuff in that ager, it isn’t going to fix it.” As he describes himself: “I’m a process guy. I’m a pilot. I live and die by checklists.” And, through his meticulous attention to detail, he has come to achieve a consistent product batch after batch, from grain to bottle, right here in New Mexico. 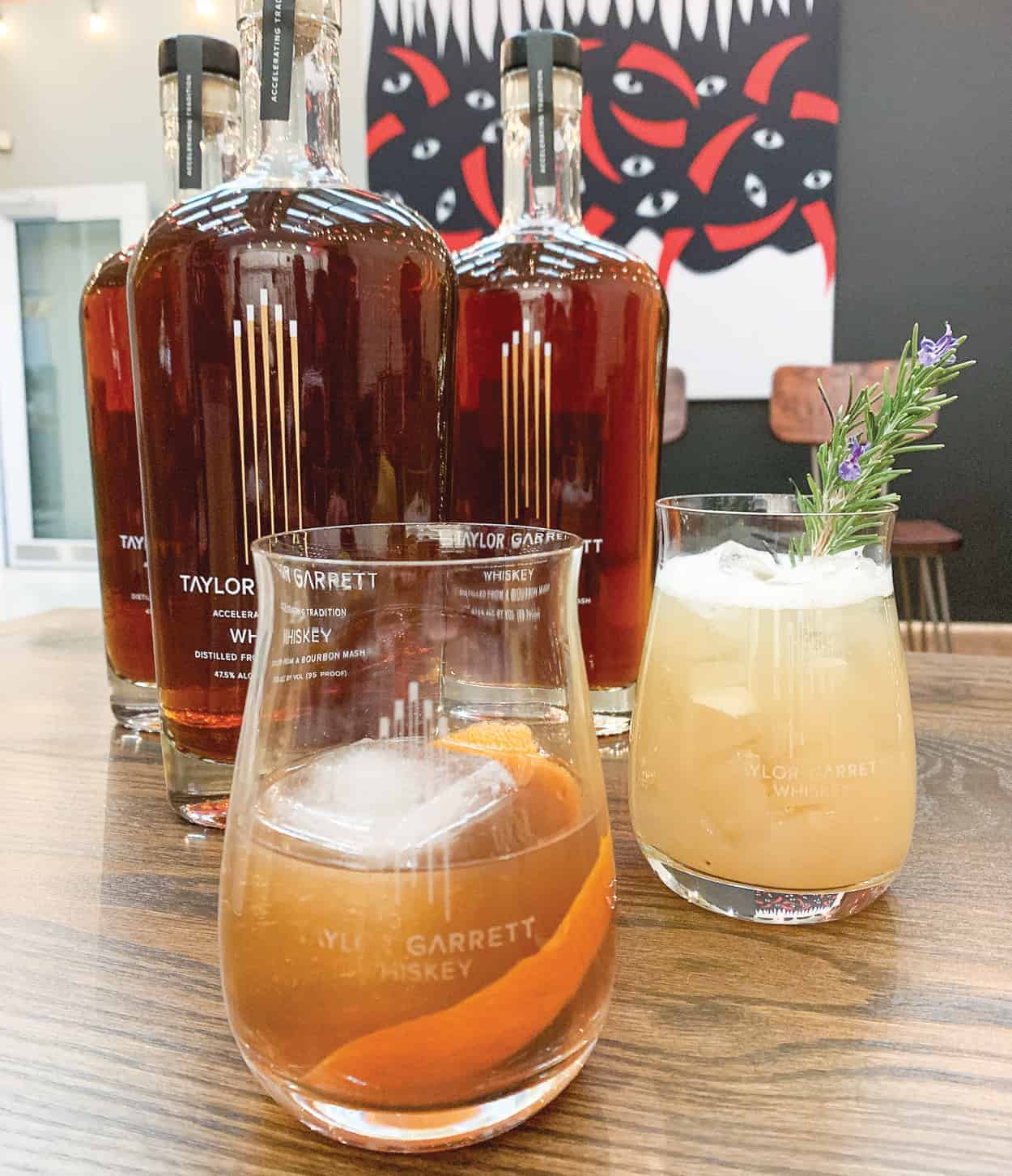 At the soul of Taylor Garrett’s bourbon mash, Feuille cooks up corn, rye, and malted barley, all grown with water from the Rio Grande basin by Proximity Malt Company in the San Luis Valley. These ingredients are brewed and then distilled onsite at VARA’s current location. To achieve his flavor profile, Feuille says, “We use American white oak, it’s sourced out of Indiana, kiln-dried and then seasoned. I mill it and I toast it. We age it at an equivalent exposure rate of a standard barrel, so it’s around fifty-three square inches per gallon, maybe as much as sixty. . . . I try to get a nice vanilla profile and then char it, and by charring it you’re getting that temperature gradient that goes a little bit into the wood—a lot of the color.” In traditional cooperage, quarter-sawn oak is a necessity both for barrel integrity and for pore structure so only a small portion of the lumber milled from any given tree can be utilized to construct a barrel. Feuille claims that his whiskey-making process, which toasts and chars staves of any grain orientation, uses only 25 percent of the wood needed for traditional barrel-aged whiskeys.

Attempting to pry further into Feuille’s maturation process, I didn’t get the “If I told you, I’d have to kill you” sense, but his smile lines deepened a little as he said, “It’s all physical. There’s movement, there’s temperature, there’s other little magical processes that happen, let’s just say light is very important for oxidation. . . . What’s cool about the process is that it opens us up to doing a whole portfolio of experimentals, so we can play around with flavor profiles.” There was nothing cagey about Feuille’s nature. He attributes much of his inspiration to become a distiller to the Albuquerque craft brewing scene’s collaborative attitude, and expressed hope that the local spirits culture will grow into a similar community.

So how does it taste? In accord with the nose, a toasted oak and vanilla profile dominates. Though there is a bit of corn present on the nose, it doesn’t come through as much on the palate. My favorite characteristic is the rye spice that finishes, which stands very nicely alongside the strong flavors at the heart of New Mexico’s cuisine. There are currently three noteworthy signature TG whiskey cocktails developed by VARA’s mixologist: the First Class Old Fashioned made with bitters, orange bitters, simple syrup, and a cherry; the Mile High Molly made with apple syrup, lemon, and bitters; and the Final
Approach, with TG whiskey, lemon, lime, and rosemary simple syrup. If you decide to take yours at the source, VARA also offers a fantastic array of tapas, including ceviche, papas bravas garnished with red chile threads, and an assortment of Spanish cured meats and cheeses.

With more new spirits planned for release, including ones with experimental woods and aging processes, the future looks promising for Taylor Garrett Spirits. There aren’t currently any dates set for the release of those products, but with Feuille’s proprietary accelerated process, it’ll probably be sooner than you think! 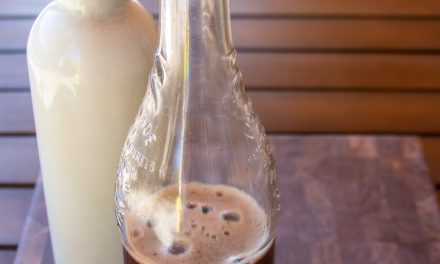 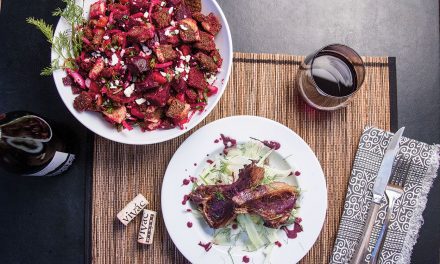