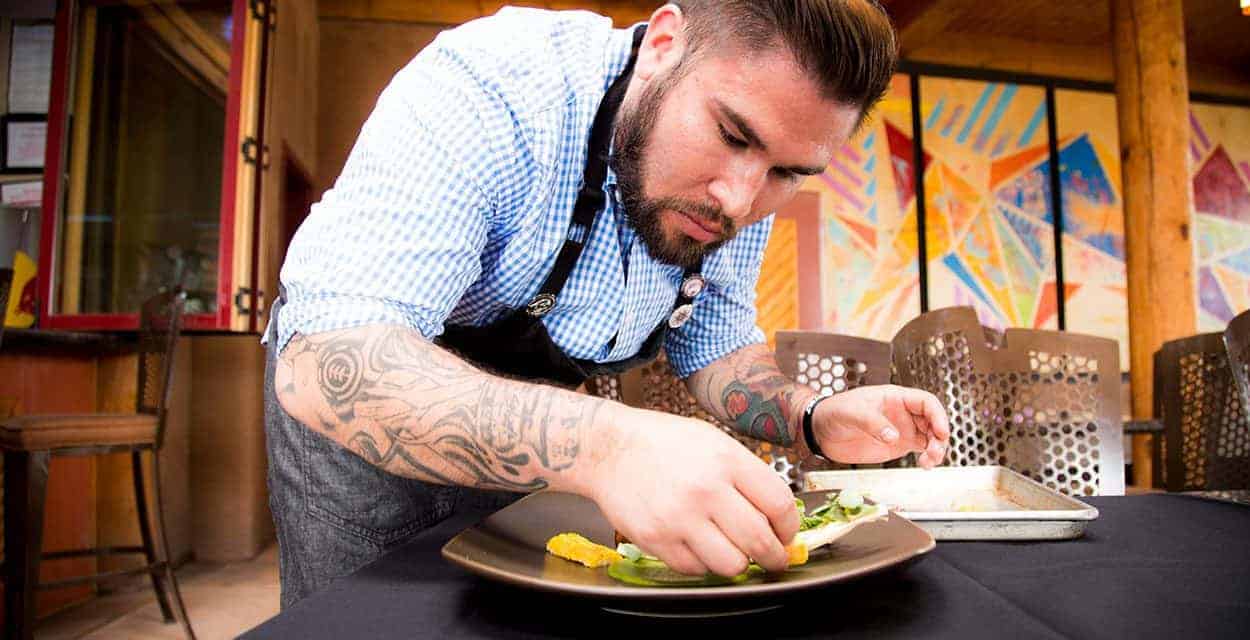 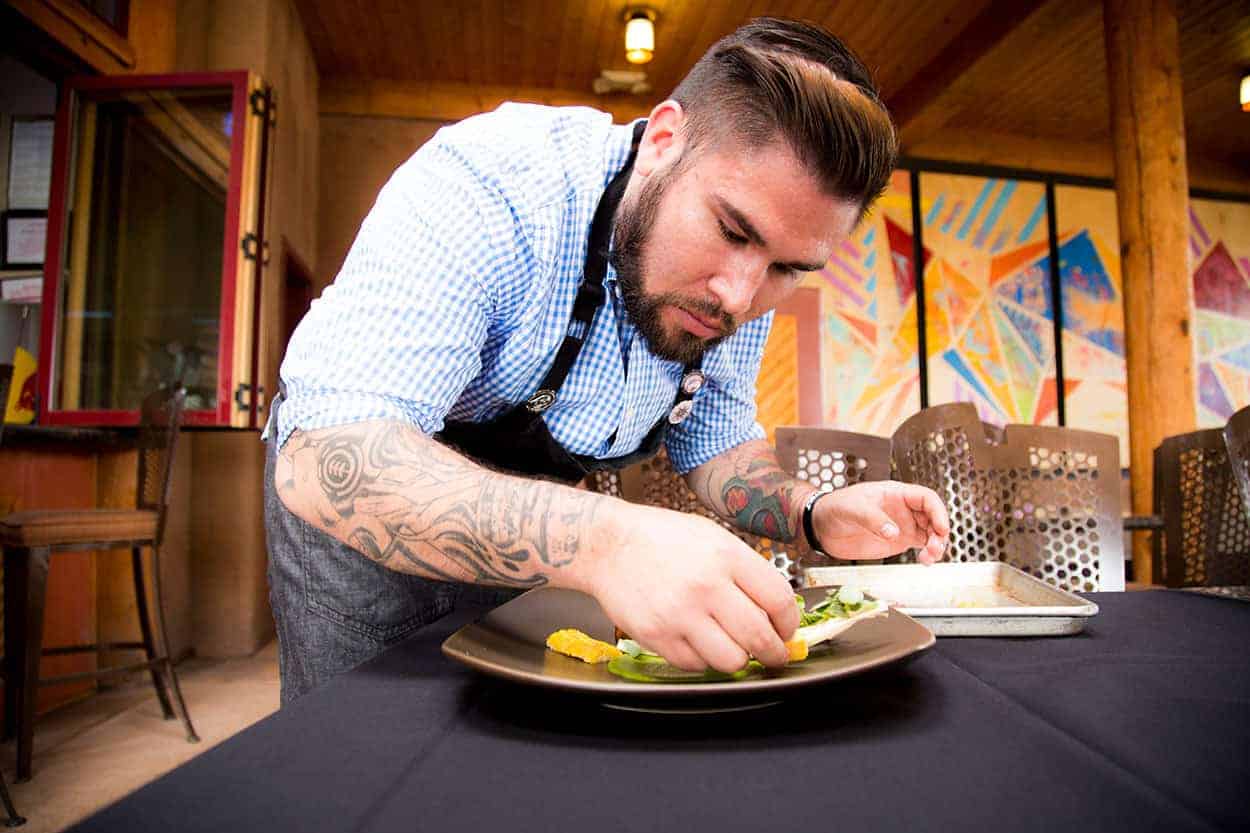 Cheeseburgers. Barbecue. Apple pie. Ask anyone what American food is, and you may get one of these. But how about blue corn? Anasazi beans? Chokecherry? Elk? At the Pueblo Harvest Cafe inside the Indian Pueblo Cultural Center, Chef David Ruiz is on a mission to showcase the original foods of the Americas with a new “pre-contact” menu portion – and to support Pueblo farmers and growers in the process. 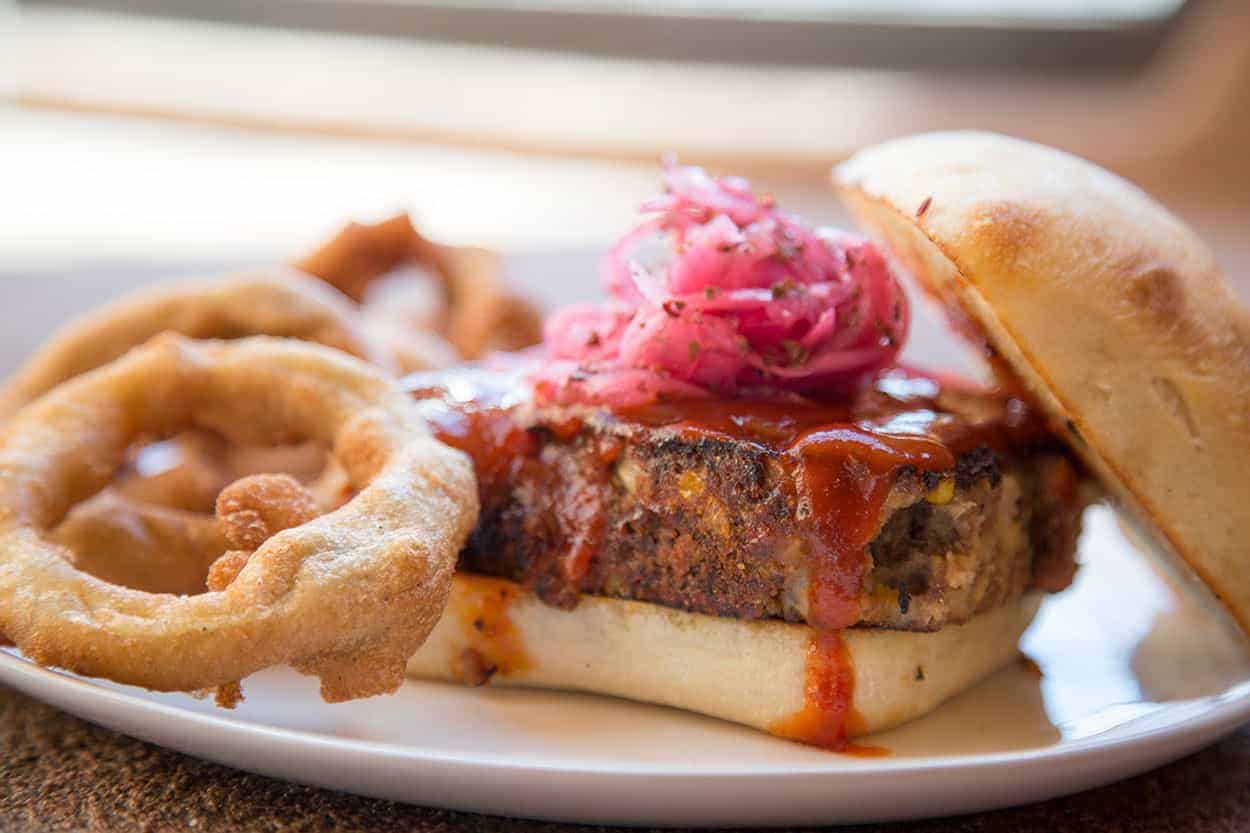 Less common, however, are full-service restaurants like the Pueblo Harvest Cafe, that use traditional ingredients sourced directly from local tribes and pueblos. In doing so, Ruiz and the Indian Pueblo Cultural Center hopes to boost local economies while at the same time educating restaurant-goers about the history of their people.

For a long time though, the food of America’s indigenous people was not well-known outside indigenous communities. Before European colonists invaded the Americas, Native American tribes lived off a diet of corn or maize, beans, squash, as well as greens, berries, wild rice, regional fish and game. At the end of the 1500s, Europeans introduced livestock, wheat, dairy and sugar cane to North America. They brought indigenous foods like corn and potatoes back to Europe, upending established food systems on both sides of the Atlantic.

Ruiz’s new winter menu will even feature “pre-contact” and “post-contact” sections and is one of the first of its kind.“It’s America’s first food.” Ruiz said, “And it’s something that has been hidden and pushed back and forgotten, and I kind of want to bring that out again.” With a focus on showcasing traditional indigenous ingredients from 19 distinct New Mexico pueblos, Ruiz has done his research. 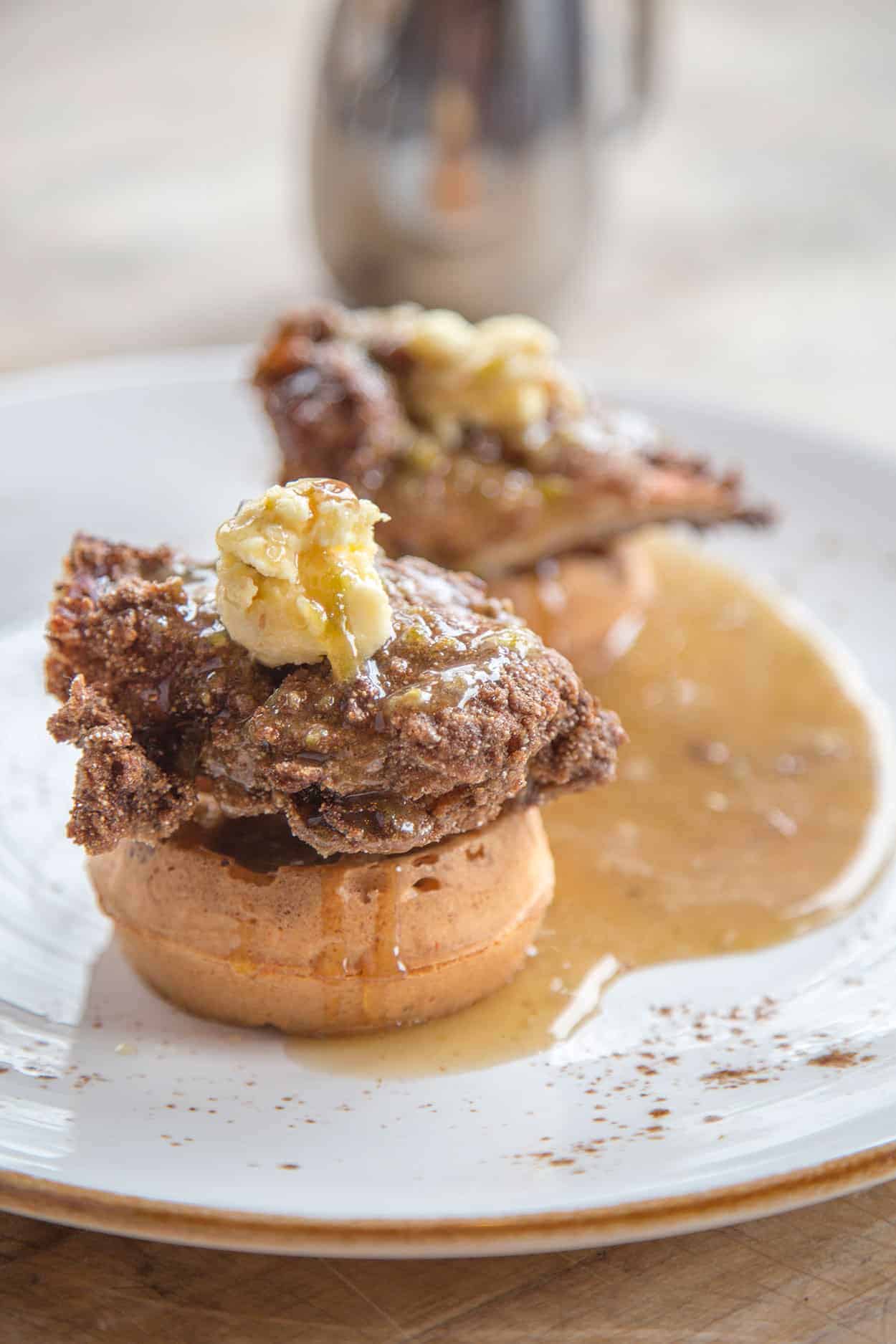 Starting on November 15, the menu will feature carefully crafted dishes like indigenous duck with Taos pumpkin succotash, sumac and cranberry sauce, and buffalo short ribs with juniper sous vide, blue corn dumplings, asparagus and Wojapi compote. The components of the menu honor long traditions of Pueblo agriculture, hunting and gathering – but without the dairy, refined wheat and sugar. “We’re taking old world techniques and modernizing them,” he said. “People are going to talk about what we’re doing five or ten years from now because it means so much.”

But it’s not just about the food. To Ruiz, sourcing ingredients from Pueblo food producers is just as important. Ruiz gets chokecherry jam from Taos, blue corn from Pojoaque, and a number of other items in collaboration with a network of small farms. In exchange for ancestral seeds from the center’s seed bank, a number of farmers have agreed to set aside parts of their land to grow produce exclusively for the Pueblo Harvest Cafe, selected ingredients which the kitchen will use for a season. “We want to bring it back to the pueblo farmers,” Ruiz said. “We really want to give the whole experience here of what we’re calling Pueblo to table, similar to farm to table, meaning we’re buying it from the pueblos and it’s coming to your table.”

It isn’t always easy for establishments that serve Native American food to source from Native farmers, usually because of either; issues of quantity, policy or even just lack of access. But since the Indian Pueblo Cultural Center is owned by the 19 pueblos, Ruiz said he was able to make initial connections with farmers, then cultivate the relationships. “I think so many people these days, they try to do things online, not enough people are getting out there and making those human connections,” Ruiz said. “I get out there, I get on the pueblos, I talk to people, I talk to my cooks… and that’s all part of it.”

Ruiz hopes to rely less and less on big corporations like Sysco and Shamrock, even with things like chicken and beef. He hopes to source almost entirely from the pueblos within the next two years.

In keeping with the Indian Pueblo Cultural Center’s aim of educating the public about Native food and agricultural traditions, Cultural Education Specialist Bettina Sandoval has also introduced a garden program. Sandoval grew up on the Taos Pueblo and remembers gathering wild foods with her family. She knew to look for wild plums in the ditches along roads and chokecherries along the base of the mountains. She said “People are starting more gardening clubs, the young people are inheriting land, throwing [seeds] out there and seeing what happens. This is stuff that can be relearned because it’s already in us.” Sandoval said, “It’s common sense. If you just go out there and plant, you’ll learn it.”

The garden uses traditional agricultural techniques like waffle gardening – creating squares of raised earth designed to trap rainwater, and the cultivation of corn, squash and beans, staples of a traditional southwestern diet known as the “three sisters.” Just steps away from the Pueblo Harvest Cafe, she and her assistant host workshops that teach the public about growing techniques and ancestral seed varieties. There’s not quite enough in the garden yet to give to the kitchen – but come next year? With the way things are going, don’t rule it out. 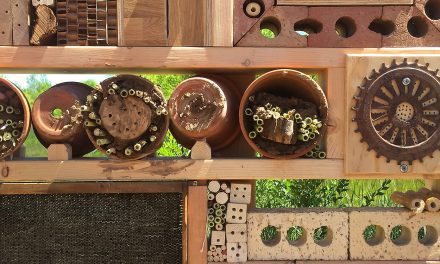 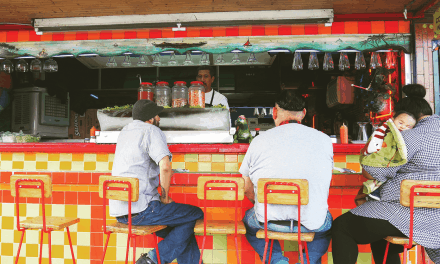 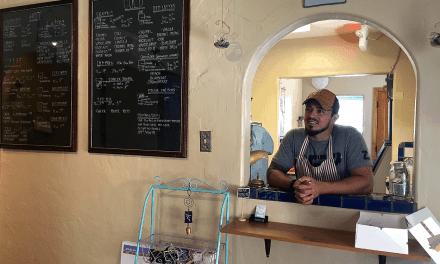 Rise and Shine with Helix Coffee and Yoga