Women Farming in the South Valley

When I show up at SpeakEasy Gardens, I’m surprised to see some teenage girls working in the hoophouse. They don’t look like farmers: None of them have the telltale tan, and some are even wearing jewelry. One girl has music playing from a phone in her back pocket. When I find Berenika Byszewski, the manager of SpeakEasy, she tells me that the girls are visiting from New York. It’s a kind of work exchange program from a high school there that sends students to work on farms in Albuquerque’s South Valley each year. It’s a Friday and the end of their week here—the girls are going back home the next day, and they’re not thrilled about it. “It’s snowing in the city! Again!” one of the girls moans, and she shows me photos of the snow-covered rooftops around her home. On the farm, though, it’s seventy degrees, and they’re all wearing shorts.

Byszewski gives me a brief tour of the farm and its history—the Armijos, the family who originally developed this piece of land, moved to the South Valley from the Manzanos in the 1870s. As we walk into an ancient-looking building on the southern side of the property, she tells me about the reason for the name of the farm: “[The Armijos] grew mostly grapes and made wine here. So during Prohibition they made this into a dancehall and speakeasy.” Listening back to my recording of the visit, I can hear myself utter a breathless “wow!” as I step onto the creaking floorboards of the old dancehall. It’s cool and dusty inside, with string lights hanging from the high ceiling beams. Byszewski says that she hopes to hold lots of events here after she’s gotten the building totally cleaned up, including talks on the future of farming in the South Valley. “I’d like SpeakEasy to be an incubator space for people who want to do their own projects, especially for women,” she says. Although Byszewski wants to be as involved with the farm as possible, she also has a full-time job as an archaeologist and environmental planner—thus, she’s actively seeking people who have the time and vision to use her land.

Typically, the only people working the farm are herself and Zaba Angel, a farmhand she employs part-time during the growing season. Farming isn’t wildly profitable work, so she tries to keep her overhead as low as possible. One of the ways she does so is by being a member of the Agricultura Cooperative Network (ACN), a network of nine member farms in the South Valley that pool risk and reward by sharing resources, pursuing contracts together, and selling their produce in a joint CSA.

One of the other member farms of the ACN, Los Jardines Institute, is hosting a communal lunch for all the students the day that I visit, so I end up driving there with Zaba and a couple of the young women. Byszewski promises to introduce me to some of the other farmers there. When we arrive at Los Jardines, there are already dozens of other students there. Byszewski takes me aside to see the fields and to meet Sofía Martínez and Richard Moore, the folks who run Los Jardines. Martínez and Byszewski commiserate about the strong winds that have recently blown the plastic off hoophouses at both farms and made them impossible to repair. As Martínez shakes Zaba’s hand, she asks, “Are you a farmer?” then immediately answers the question herself, clasping Zaba’s hand in both of hers—“Ah, yes, your hands are like ours. You’re a farmer.”

Martínez, who’s originally from Wagon Mound, grew up on a rancho where gardening was always a part of how the family provided for itself. She was a teacher in Wagon Mound and in Albuquerque for many years before she and Moore opened Los Jardines together, and addressing environmental and racial justice issues has always been a big part of her life. One of her latest projects was creating the Environmental & Economic Justice Strategic Plan for the Valle de Oro National Wildlife Refuge, an exhaustive list of recommendations for the refuge to implement in its development to make it safe and sustainable for both the wildlife and the community who live in the area. “I’m not really a writer, so it was hard,” she tells me. “But I’m proud of it. I hope it can be a model for other [environmental justice] efforts in the future.”

As we walk around the farm together, Martínez shows me the different projects that students have worked on over the years they’ve been doing the work exchange program. There’s a cob oven that was made several years back, a deck and wash station, and a fire pit with a circle of benches perfectly suited to late night storytelling. Though she professes to feeling some activist burnout, I sense energy radiating off of Martínez in waves—she is the kind of person who, without seeming to try, motivates the people around her to make change happen. “If you ever need any writing help in the future . . .” I find myself saying to her, and she smiles. “Yes, I’ll definitely let you know,” she says.

The women farmers in the South Valley exhibit a strong, and perhaps unique, sense of community and working solidarity. Many of these women have worked with, studied under, or broken bread with one another, and they each share a feeling of pride in each other.

Commercial agriculture has long been a male-dominated occupation, but we’re starting to see that change in New Mexico as more women are becoming interested in farming as a way to support themselves and feed their communities. This trend comes with fresh perspectives on farming and community. “We don’t want this to be a ‘man vs. nature’ kind of place,” Byszewski tells me while we’re walking the rows on her farm. “There are ways to farm the land where both nature and people can benefit.”

At the risk of making a sweeping generalization, I have found many women to be profoundly nurturing and supportive—thus, perhaps, making us well-suited stewards of the land. This is not because of any essential common denominator of womanhood, but because women have historically been put into nurturing roles, and had to support each other through generations of living in a patriarchal world together. If this gauntlet of being second-class citizens has won us a little more patience and tenderness—well, at least something good has come of it, I suppose. 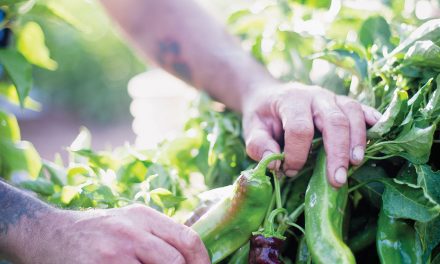 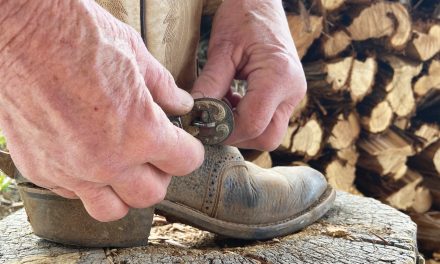 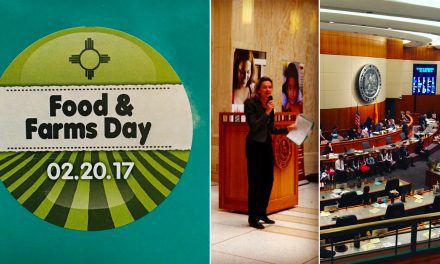 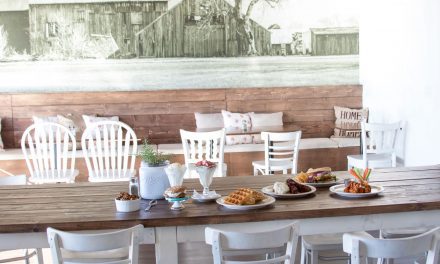