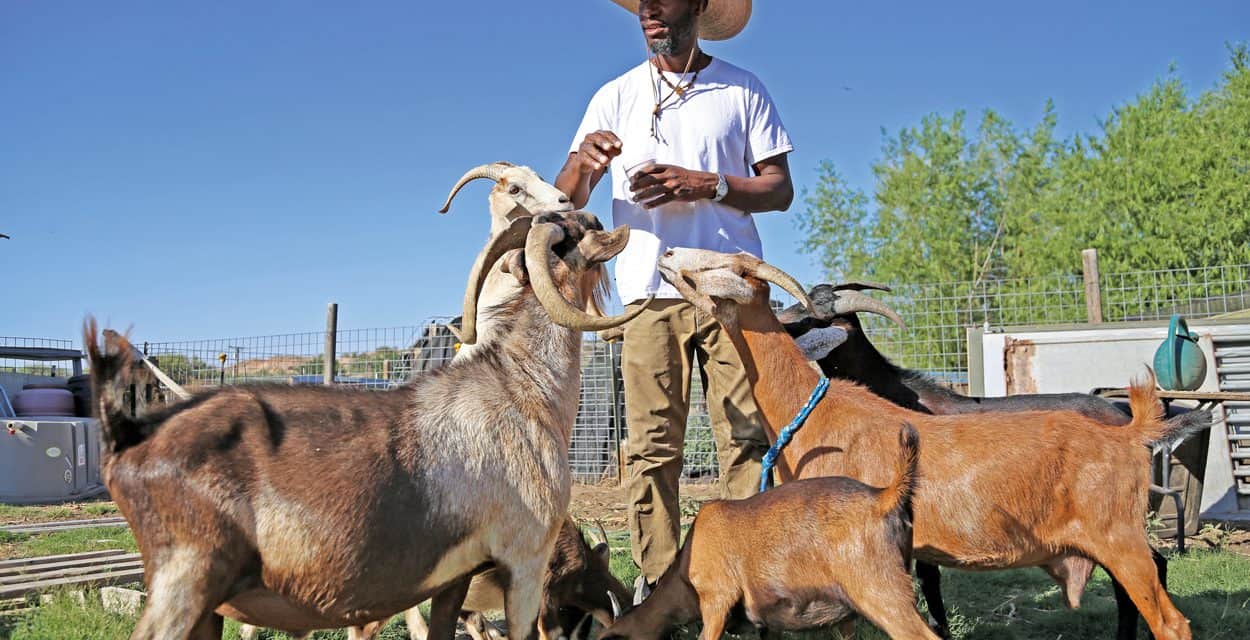 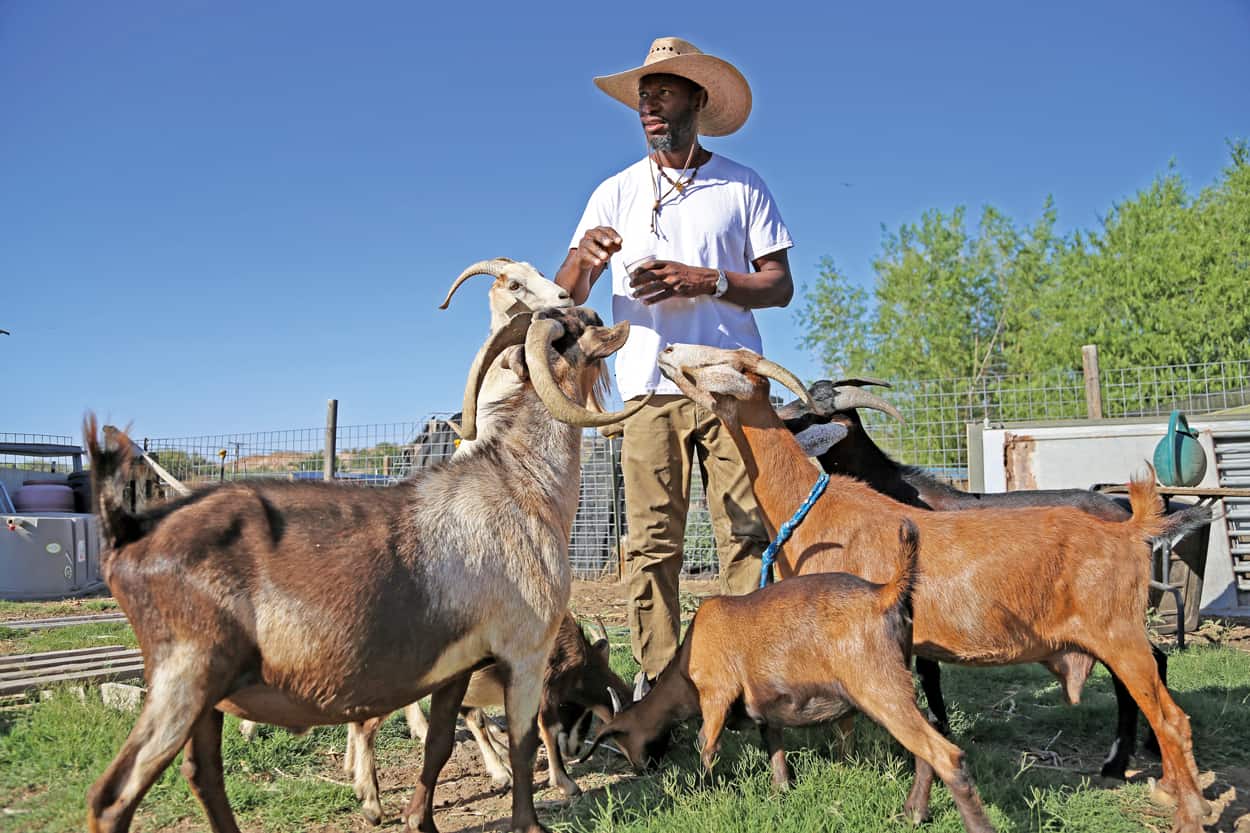 When I think of farming—the green bouquets of growth, fingers soiled with dark, damp earth—I don’t necessarily imagine the desert climate of the Paso del Norte region in southeast New Mexico and Far West Texas. But right here in the midst of endless days of sun and modest water is Shahid Mustafa of Taylor Hood Farms, an organic farm near El Paso/Juárez. In November, as he took his goats for an early morning walk around the farm, Mustafa and I spoke about his vision for resilience and how he is busting the myth of American farming.

Originally from Chicago, Mustafa’s journey took him from the city to the country. He first forayed into farming in his home state, where he began his now-thirty-year career in natural and organic food retail. This initial involvement deepened when he moved to Las Cruces and managed the Mountain View Market Co+op. After the co-op started their own farm in Mesilla in 2006, Mustafa became the de facto farm manager. The 2008 financial crisis reinforced the importance of local farms for him. “I realized how insecure we were in terms of food—so dependent on California,” he explained. “We needed to have some local food source, to strengthen the local food system.” Mustafa also saw potential in the area for producing crops beyond the usual suspects. “There is so much opportunity down here for year-round farming,” he said, “but so much of it is commodity farming that gets shipped out—alfalfa, chile, cotton, onions.”

From then on, Mustafa sought to grow for and in the community. He increased the produce at the co-op farm and oversaw a robust farmers market at the co-op to support local production. Then in 2015, he left to go into full-time farming. Because land was becoming more expensive in the Las Cruces area, he turned to the Paso del Norte region. “They have a very rich agricultural history and [many] opportunities,” he explained. From his farm, Mustafa works with producers and customers in both states. He sells individual farm shares year round, supplied with goods from Taylor Hood and other area farms. When the CSA content looks too familiar, Mustafa looks to non-regional producers. “I like to have some variety,” he said. 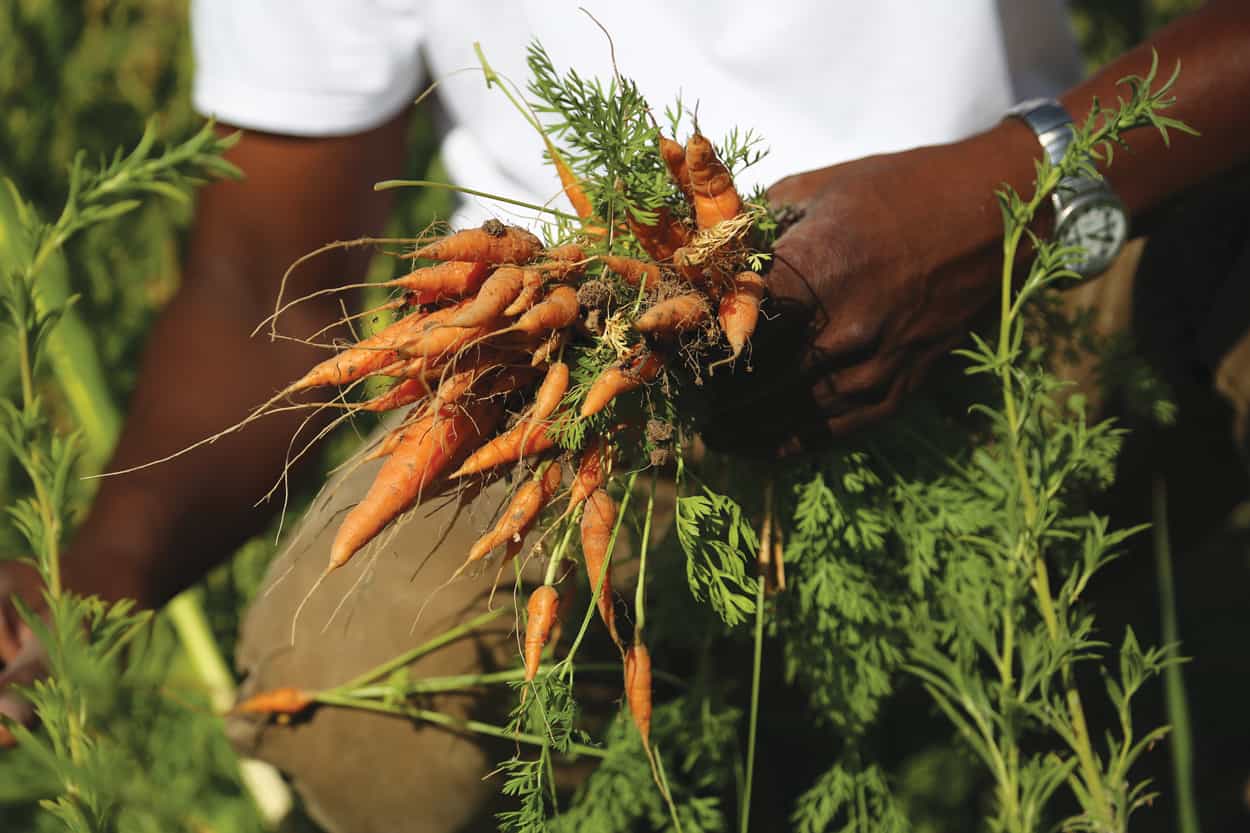 First carrot harvest of the season at Taylor Hood Farms.

At Taylor Hood, Mustafa uses regenerative farming, a practice that focuses on the soil—namely, coaxing it to be its healthiest. Topsoil, that workhorse of growing, is easily degraded over time by aggressive farming techniques. “We lose so much topsoil due to conventional methods, which is why I try to integrate animals into my system, using goats and chickens for weed suppression and fertilization,” he explained. Mustafa also employs crop and seasonal rotation to keep his soil, and produce, healthy. He avoids chemicals, noting that although “synthetics allow a yield without a time lapse, those synthetics stay in your cells.”

The philosophy underpinning Mustafa’s techniques doesn’t just involve carefully planned procedures—he is also mindful of those who came before him as he shapes Taylor Hood Farms. He said, “I am from the legacy of the original American farmer. My great-grandfather and great-great-grandfather were both occupational farmers.” He noted that because his ancestors didn’t have access to chemicals, “they must have been organic farmers,” too. Beyond his family legacy, Mustafa is also a successor of the rich history of Black farming in America. “There’s George Washington Carver, and [Historically Black Colleges and Universities]—many that were agriculture and farming schools,” Mustafa said. “We’ve really lost that connection to the science and practice of farming in two generations.” To bring back that relationship between many different communities and farming, Mustafa hopes to “educate more people about food security and production.”

Mustafa is interested in building connections in myriad ways. He’s an explorer—I recently caught him on the phone while he was in Scandinavia, Wisconsin, a town of 355, learning and sharing about growing. He is a huge proponent of collaboration wherever he is and works with many New Mexico businesses, including Skarsgard Farms, for whom Taylor Hood provides produce. Partners who add to the Taylor Hood harvest shares include Aldana’s Farm Stand in Chaparral, Full Circle Mushrooms in La Mesa, Rockhouse Farm and Preferred Produce in Deming, Kuhn Farms in Las Cruces, and OG Farms in Anthony. 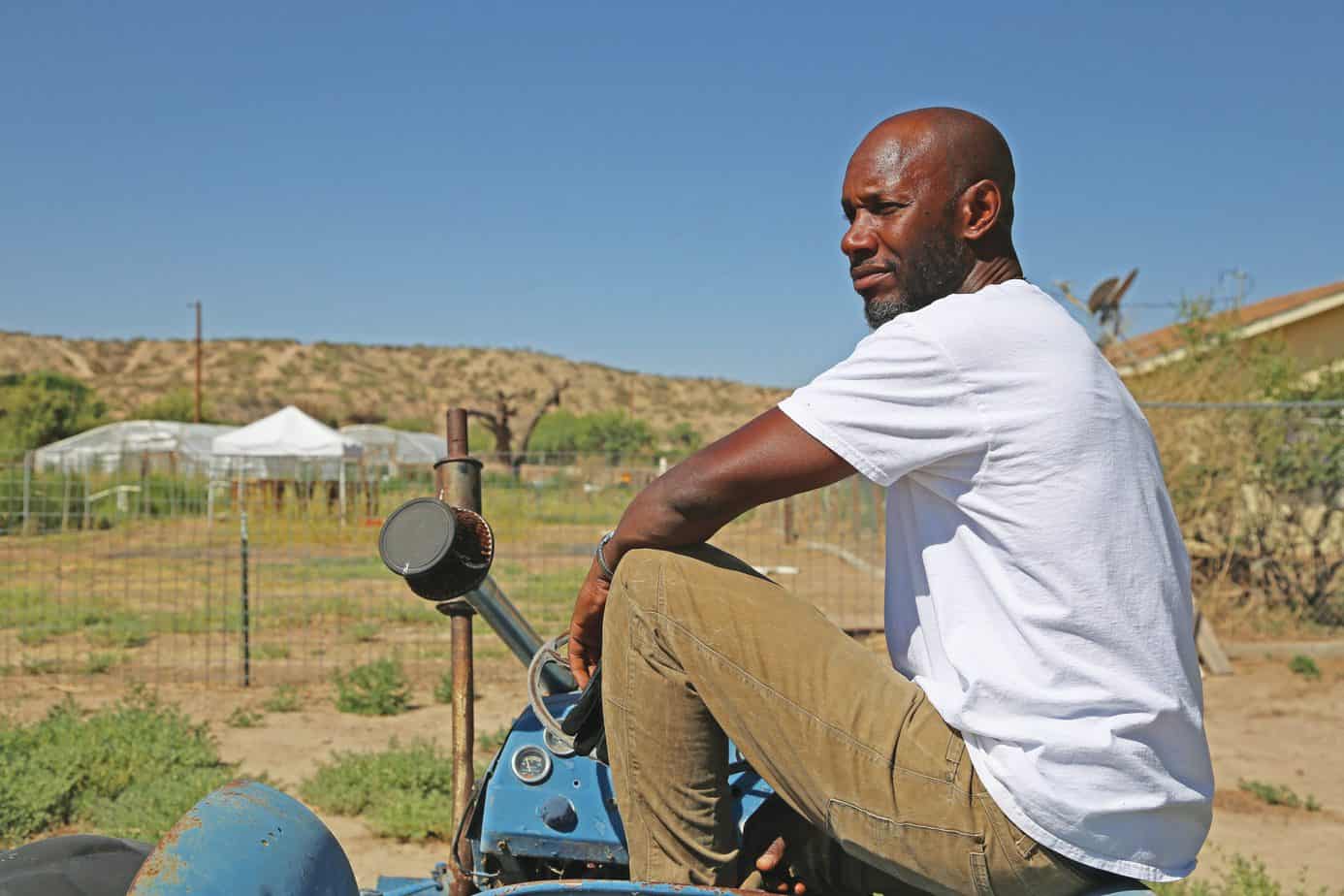 Mustafa is equally invested in making sure the healthful food he grows gets into the hands of community members. Among the many things he grows for his CSA boxes (which include carrots, lettuce, beets, and more), Mustafa’s favorite item is kale. He also has a formidable seed collection, which includes his heirloom chard. “I’ve only ever used my own [chard] seed for the last four years,” he said; “I developed a legacy crop.”

Nestled in the midst of harsh geography, Taylor Hood Farms is an antidote to the desert, as Mustafa provides workshops and volunteer opportunities in addition to produce. His ideas for the future include expanding his nonprofit, Developing Youth from the Ground Up (DYGUP/Sustain), and maybe even a nationalized CSA program. Above all, Mustafa wants to share the power of food and growing practices. “Mostly,” he said, “what I’m trying to do is be in a better position to support the community.” 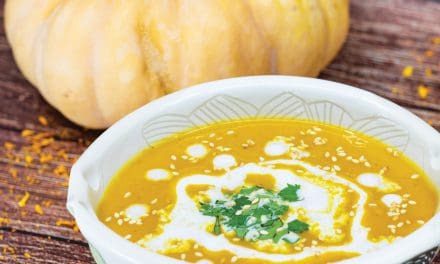 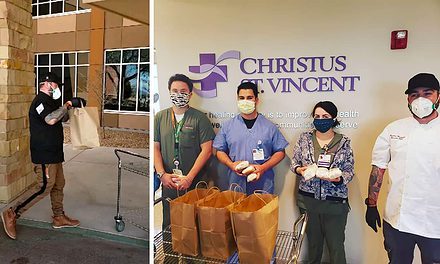 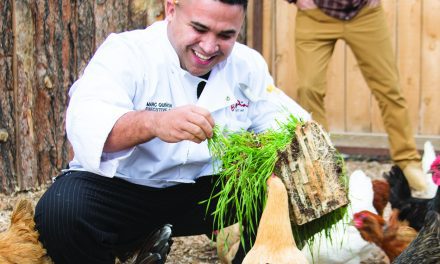