A fishing lure, a vintage coffee grinder, and a trout… It’s the perfect set-up, but they’re not walking into a bar. Unless you count an espresso bar–and roastery–called Cutbow Coffee, parked right at the intersection of years of roasting wisdom and family fishing lore. Owner Paul Gallegos brings this newest arrival to the bustling Albuquerque coffee scene, serving up expertly crafted in-house roasts, inventive espresso drinks, and local pastries while paying homage to his father, who was an avid fly fisherman. “He always had encouraged me to start my own place,” Gallegos said. “Unfortunately he’s not here to see this, but his influence is with me every day.”

That’s where the lore comes in: the name of the shop refers to the cutbow trout, a hybrid of the Cutthroat and Rainbow varieties abundant in New Mexico’s waters. The cozy space inside Cutbow is dotted with details of particular significance to both fishing and coffee as distinctive crafts. There’s a framed collection of Gallegos’ father’s hand-tied fishing lures, perfectly mounted and labelled. Gallegos’ great-grandmother’s small antique coffee grinder sits on a shelf surrounded by other keepsakes, complete with a giant hand-crank and little drawer to catch the grounds. There’s even a wall painted to look like the pattern on the scales of a Cutthroat trout Gallegos’ father might have hooked in northern New Mexican waters.

The focal point, however, of both the physical space and Cutbow’s day-to-day operations, is the Giesen W15A roaster, fashioned after historic Probat models. It can roast over 100 pounds of coffee at a time, and to Gallegos, this process is the lifeblood of the store. “It’s about signs and the clues I’m getting out of the roaster, the sounds, the smell the taste, so it’s very sensory,” he said of roasting coffee. Gallegos relies on what he calls “old-school” methods over computerized systems to dial in the perfect flavor profile. “Coffee speaks, and if you listen and open your ears, it will speak to you when it’s ready in the roaster.” A double espresso served with side of sparkling water was well-balanced and distinctive, and the “iced cortadito bonbon,” a cortado enriched with sweetened condensed milk over ice was a sweet, cold burst for the caffeine-craving.

Gallegos works with his preferred distributors across the country to hand-pick coffee beans best suited to whatever flavor profile he has in mind. Cutbow currently carries six single-origins from Ethiopia, Kenya, Guatemala, Costa Rica, Papua New Guinea and Sumatra, respectively. He sells these individually, and also combines them in his house blend and the seasonal blend, now a “Brazos River” spring blend. The machine at the center of it all is even named for another family legend – Bibiana, Gallegos’ great great grandmother – who is rumored to have had a “sordid” past. She knew her way around a knife and a gun, especially when her husband, as the story goes, wronged her. “Bibiana wasn’t one to mess with,” Gallegos said.

And after over 27 years of roasting coffee for the industry-defining Peet’s Coffee, Gallegos knows the meaning of taking great care with the tools of his trade, including “Bibi,” as she’s affectionately referred to. He learned from greats like Alfred Peet, who opened the first Peet’s, Jim Reynolds, their first roaster, and Jerry Baldwin, one of the founders of Starbucks. “Those guys were prolific and they taught me a lot, and I learned a lot about coffee through them and am able to carry that lineage and bring it to Albuquerque, and to own it,” he said. And though the industry undergoes rapid change, he said, “they were responsible for the expansion of coffee the way we see it. Every third wave [coffee] shop owes a debt of gratitude to Peets for what they and Starbucks were able to bring to the practice.” Gallegos has come full circle, loaded with roasting knowledge and reverence for both his original coffee mentors and the family that he seeks to honor.

And he’s found that the community has responded in kind. “The neighborhood’s been phenomenal,” Gallegos said. In an area just north of 1-40 and Old Town, neighbors and visitors had few cafes to rely on for their lattes. At midday on a Saturday, Cutbow is bustling with a healthy mix of retirees, teens on cell phones, and laptop-toting hispters. The staff hosts public cuppings every Friday, where coffee is sampled in its most basic brewed form to give participants a little taste of the meticulous process that Gallegos employs. Chloe Aguilar, a barista at Cutbow, said, “We’re doing the cuppings with people who had never had all of these different coffees and they’re like, ‘oh my god, this is crazy.’ Seeing people experience that – I love it.” Food and Wine Magazine even named Cutbow the best coffee shop in New Mexico as part of their online roundup of the “Best coffee in Every State” for 2018.

And Cutbow, in keeping with the nod toward fishing and local growth, donates 10 percent of the profits from each bag of coffee to the Hermit’s Peak Watershed Alliance, which supports the protection of a number of Northern New Mexico watersheds and rivers. They also offer small bites and pastries from locals Planty Sweet, Porc Catering, and SugarBomb Bakeshoppe.

After years in the Bay Area, Gallegos has finally returned to a flourishing specialty coffee scene in Albuquerque and is ready to find his place within it. “I got excited about the coffee culture in Albuquerque and how vibrant it is and how varied it is. There’s so many people doing some really fantastic things, just a serious artisan approach, and that’s awesome.” 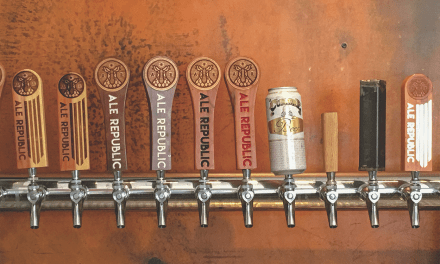 Brewing in the East Mountains 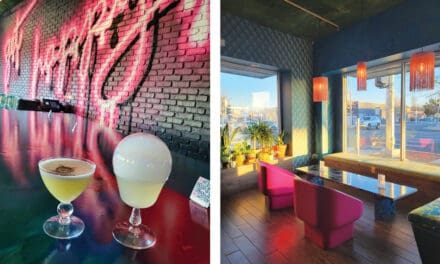 Get Happy at Happy Accidents 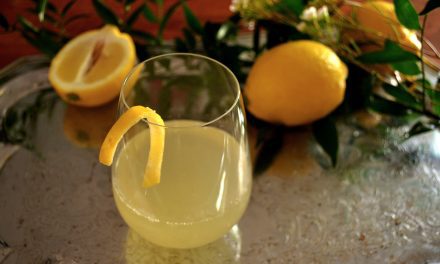 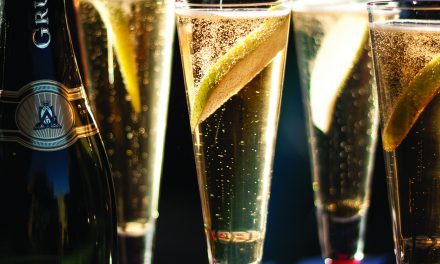 Bubbles in the Desert