The new brewery in town has an edge. Two, even. In Albuquerque’s sea of IPAs and Ambers, IBU counts and chile-infused bar snacks, each better than the last, a beer establishment has to make a name for itself. Toltec Brewing intends to do just that, with an addictive burger and an innovative all-female brew team.

Executive Chef David Ruiz, formerly of the Pueblo Harvest Cafe, has put together a lineup of dressed up bar favorites at the Northwest Albuquerque gastro-pub, including the popular Royale burger, a true New Mexican mashup. It features a brisket-and-mushroom patty, ancho and herb mayo, Young Guns green chile, white cheddar, bacon, local fried egg and heirloom tomato. Ruiz noted that he sold 572 of these in the first week. He’s even entered the burger in the Blended Burger Project, a contest put on by the James Beard Foundation to promote healthier and more sustainable meat consumption. If all goes well, Ruiz will get to fly to New York to recreate his burger magic on the East Coast.

“Elevated” seems to be the descriptor du jour for bar-style comfort food these days, and Ruiz’s creations are no exception. There’s what he calls “elevated” salads and sandwiches, including a house salad with candied pepitas, white cheddar and sweet apples and “elevated” gourmet french fries topped with agave-glazed pork belly, chipotle aioli, cheese and cilantro. “I just want people to know that you can have really good food at a brewery, and that’s what we’re aiming to do,” Ruiz said. The brew-pub even serves homemade pasta and creme brulee trio in seasonal flavors. 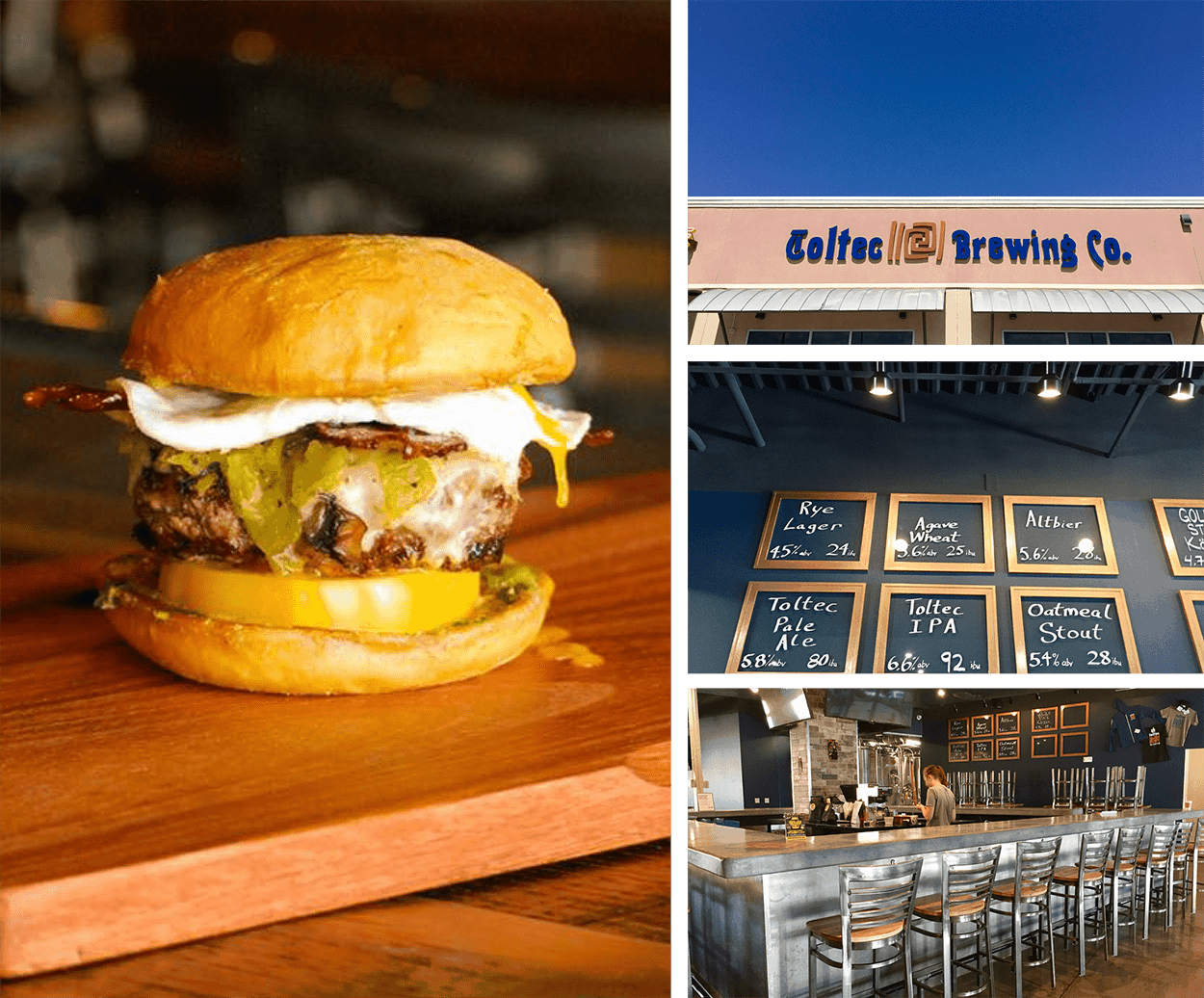 As for the beer, one of just a few all-female brew teams in the country has a number of creative drafts on offer. Head brewer Kaylynn McKnight and assistant brewer Amanda Rebecca Ruiz (David’s sister) brew a German-style altbier, a malted rye lager and are working on a Kolsch for an upcoming revamped menu. As Ruiz says, McKnight “just has a vision. Kailynn’s is taking beers that you wouldn’t think of and making them here.”

The brewery’s owners, Diane and Robert Navarrette, wanted a concept they could potentially take to other locations if the brewery took off. Toltec is named for the Mesoamerican civilization that predated the Aztecs, known for their expressive archaeology and mythology. The Navarrettes settled on the concept for Toltec after travelling the country, eating and drinking at other locally-focused breweries. Robert owned a drywall company, and his crew was able to completely overhaul the interior and patio area from start to finish. The craftsmanship shows, from the square bar counter, the focal point of the floor, to the clean, utilitarian lines of the outdoor area.

Opening a new business is always nerve-wracking. But being located on the West side of town places Toltec in the center of an affluent area, which doesn’t hurt. The best part, Ruiz says, has been “mostly just the response from people, saying how much they enjoy it, how carefully thought out every detail of the food is, the beer, the way it’s crafted and the way the service is done. That’s just been a really pleasant surprise for us.”

As leaders of the operation, McKnight and Ruiz have gone after local honors in their own right. Besides the burger competition, Ruiz was nominated for this years’ New Mexico Restaurant Association Chef of the Year Hospitality award. McKnight entered Toltec in the New Mexico Brewers Guild IPA Challenge for the first time this year. There’s no shortage of ambition at Toltec. And though it’s a bit of a drive for some Burqueños, Ruiz says, “It’s worth it. If you have the time, get out here and we’ll make you some great beers and great food.” 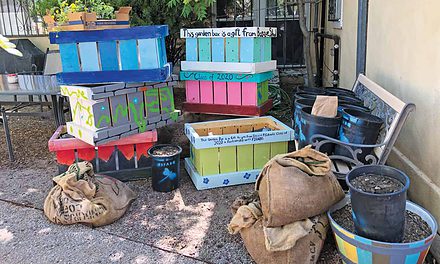 Giving the Gift of Growing