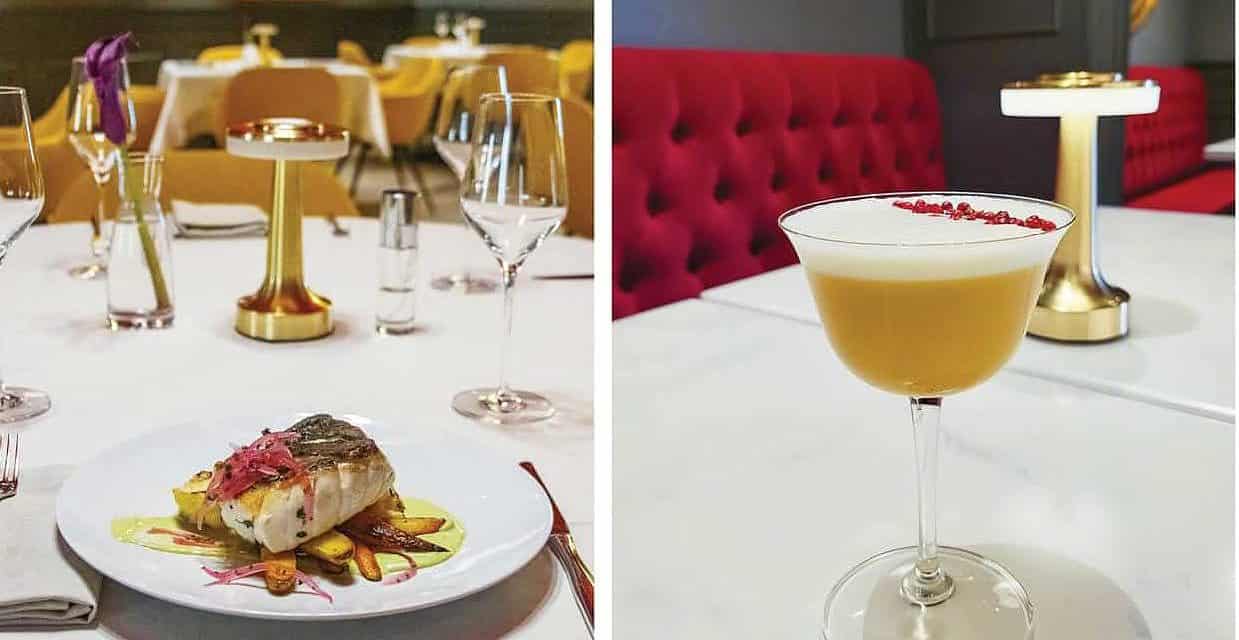 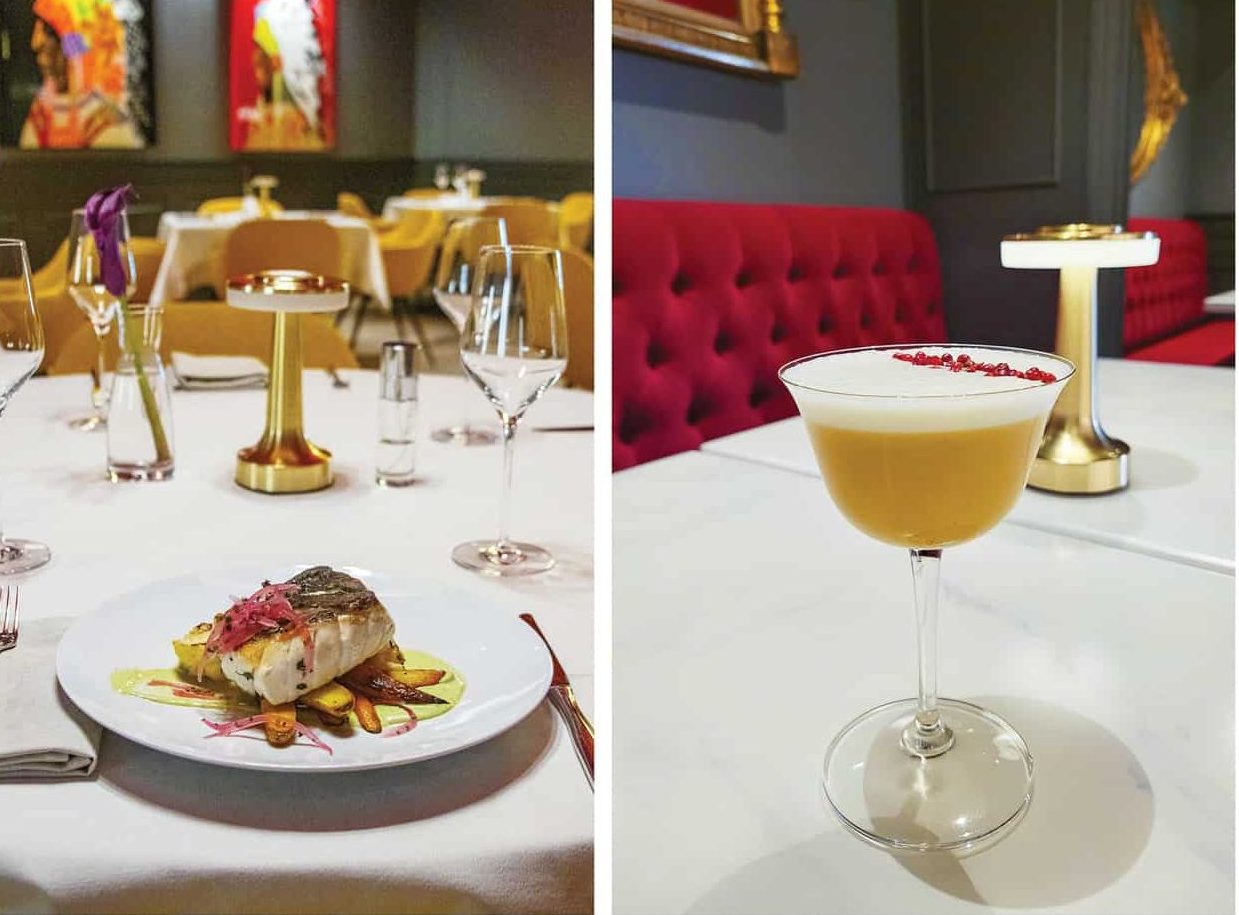 Left: Bluenose bass with roasted carrots and potatoes and a cauliflower puree.
Right: The Mayan Monk with mezcal and Green Chartreuse.

The first time I stepped foot in Palace Prime, located on Santa Fe Plaza, I felt woefully underdressed. I had been invited to a friend’s birthday party in the bar/lounge area and, picturing the restaurant’s previous incarnation as the Palace Restaurant & Saloon, I wore jeans, a T-shirt, and a cowboy hat (it wasn’t even my good cowboy hat). As I walked through the entrance’s heavy brocade curtains, though, I was not transported to the Old West as expected, but to a time and place decidedly more chic. Thankfully, I soon discovered that despite its elegance, the new space fosters a fun and congenial atmosphere, which helped assuage my insecurities about being dressed for the county fair.

Since opening in late 2020, Palace Prime, and especially its lounge, has become a go-to spot for locals looking for upscale food and drink in an atmosphere that feels hipper and less stuffy than many of its fine-dining contemporaries. “We want to be the spot where people
celebrate special occasions, but also just come get a drink after work,” executive chef Rocky Durham tells me during a subsequent visit. “Locals have really responded to the bar and we want them to be our bread and butter. People come in with friends or make some new ones. It’s open and welcoming . . . with a youthful energy.” Palace Prime’s general manager, Julian Martinez, agrees, adding, “I like to think of [the bar] as an industry space or where people can come [late night] after a show and get a high-quality cocktail at an approachable price point.”

The restaurant’s aesthetic is an eclectic, yet cohesive, blend of upscale midcentury design (velvet booths, drum-shade light fixtures, bold colors), contemporary Southwestern art, and nods to the legacy property’s 170-year history (antique gold-framed mirrors and a wall preserving the former saloon’s signature flocked red wallpaper). The restaurant has three main sections, allowing patrons to “choose their own adventure,” if you will. The white-tableclothed formal dining room is perfect for intimate date nights, anniversary dinners, or, in my imagination, meetings between Madison Avenue ad men and their clients. Meanwhile, the dimly lit lounge is more casual. Diners often abandon their tables to go mingle at the long, backlit bar or, on Vinyl Sundays, put on a record of their choice. (Available LPs range from The Clash to Prince to Lana Del Rey, and guests are also encouraged to bring in their own.) Finally, a large outdoor patio makes for charming al fresco dining or can become a private party space—and a rowdy one, too, as I witnessed a few months back during a Wine and Chile Fiesta event.

“[As a new restaurant,] we’re still figuring out our identity and evolving all the time,” says Martinez.

Uniting the sections is the thoughtfully prepared food of Chef Durham. A veteran of the local fine-dining scene, Durham explains that after decades of training in the French technique, working in restaurants all over the world, and helming some of Santa Fe’s finest kitchens, he ended up working on the very street where he was born—Palace Avenue. (“Like a salmon coming back to spawn,” he quips.) His ever-changing menu encourages frequent visits to try seasonal dishes or the catch of the day. Seafood dishes have recently included a delectable crispy-skin bluenose bass with roasted carrots and potatoes and a cauliflower puree, and the meatiest mussels I have ever seen, paired with perfectly crisp french fries and Texas toast–like slices of buttered baguette. Turf is also well represented with items such as the herb-cured bison carpaccio, Prime steaks, and what Durham not-so-humbly refers to as “the best cheeseburger in town.” (As the saying goes, it ain’t bragging if it’s true.) 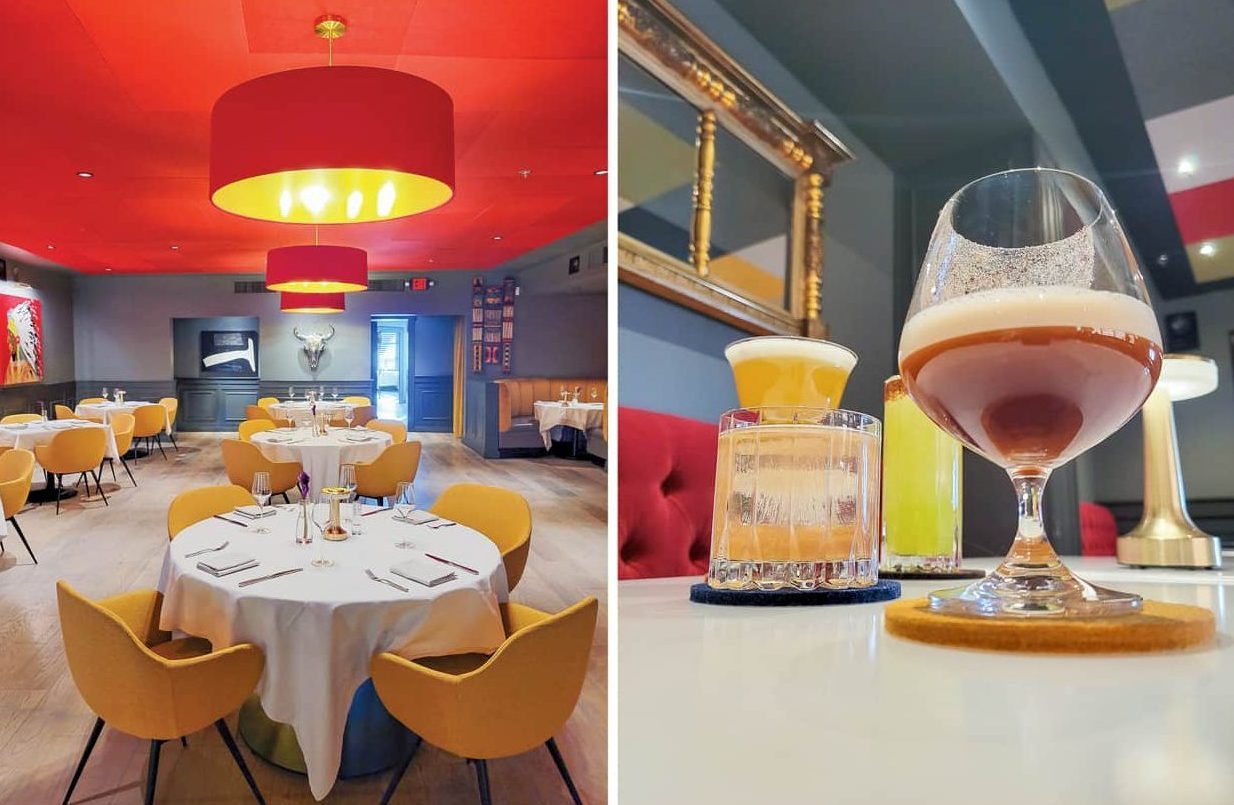 Durham says that while Palace Prime has been labeled a “modern steakhouse,” he feels the categorization is a bit misleading—almost every fine-dining restaurant has steaks and seafood, he points out. “I feel like we transcend that. It’s a dynamic menu of composed, contemporary cuisine made from high-quality ingredients.” Currently, the same menu is available in the lounge, though Durham and Martinez are planning a separate bar menu with late-night offerings in the near future.

Complementing the food is a stellar wine and cocktail menu, curated and concocted by Martinez and mixologist Todd Walker. Martinez raves about Walker’s “creative mind” for custom cocktails, cordials, garnishes, and infusions, whereas Martinez’s speciality is in the classics and revivals. As a devout mezcal drinker, I particularly enjoyed the sweet and smoky Mayan Monk: mezcal, Green Chartreuse, pink peppercorn-and-pineapple reduction, citrus, and frothy egg white. And I decided that the next time I get the burger, I’m pairing it with a Butcher’s Martini (with horseradish-infused vodka and house-made pickle and brine). 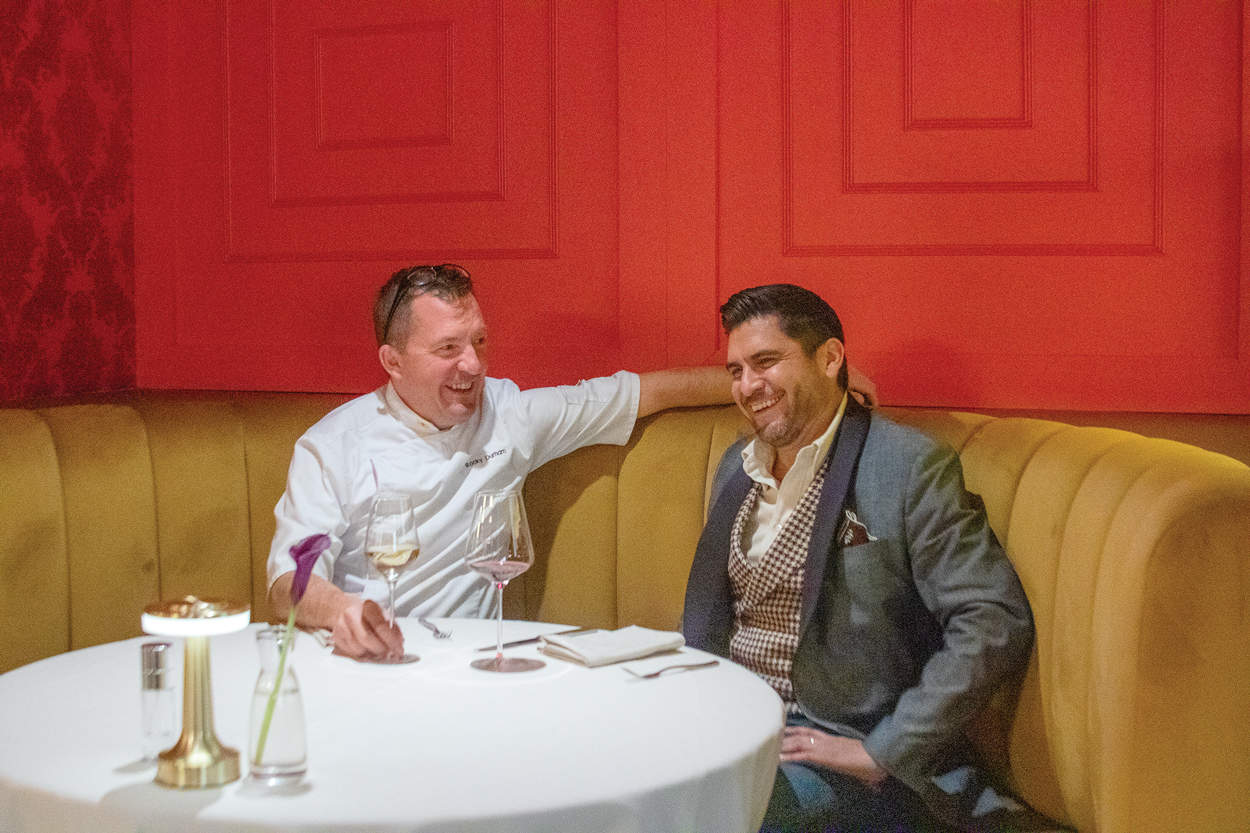 For Durham and Martinez, the service at Palace Prime is just as important as the food, drink, and ambience. “We wanted fresh minds and energy, and there are diamonds here,” Durham says. “Our servers are not [simply] order takers. They have great product knowledge and are there to inform and navigate.” The same is true of the kitchen staff. “There’s great energy all around and they keep me young,” the chef says. “Deep down inside, I’m a line cook. I love working with my crew.” That work culture, with Durham’s and Martinez’s reputations, have made the restaurant a desirable place to work. In a time when the vast majority of establishments are struggling to fill positions, Palace Prime is fully staffed.

On my most recent visit to Palace Prime, I once again sat in the bar (this time in a slightly nicer outfit). The lounge was leaning into its midcentury vibes that night with a playlist full of Mad Men-esque songs from Sam Cooke, Mel Tormé, and Ricky Nelson. At one point, I overheard a gentleman at the table next to me exclaim, “My God, the music is fantastic. It feels like Brooklyn, 1967.” As I sipped on my West Knoll Negroni (Ilegal Mezcal, Cappelletti, and house-blended vermouth), I realized the cocktail was analogous to Palace Prime—it’s a classic with an update. 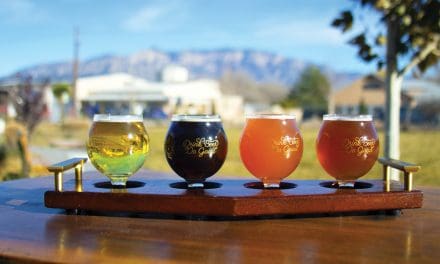 Behind the Bottle: Chef’s Talk Wine 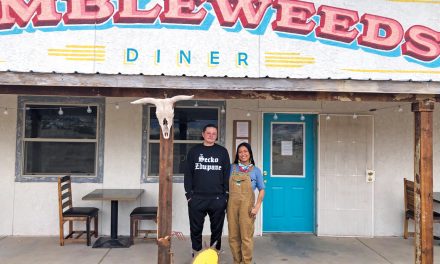 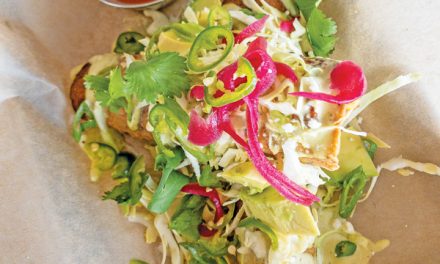 Eight Around the State: Plant Based