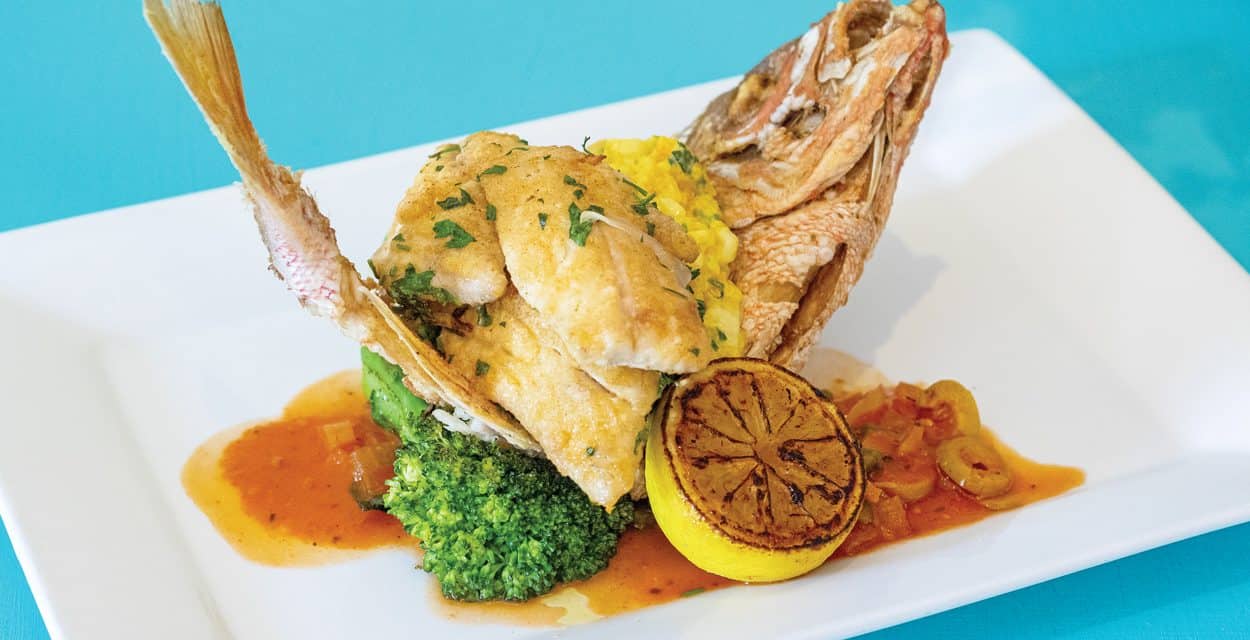 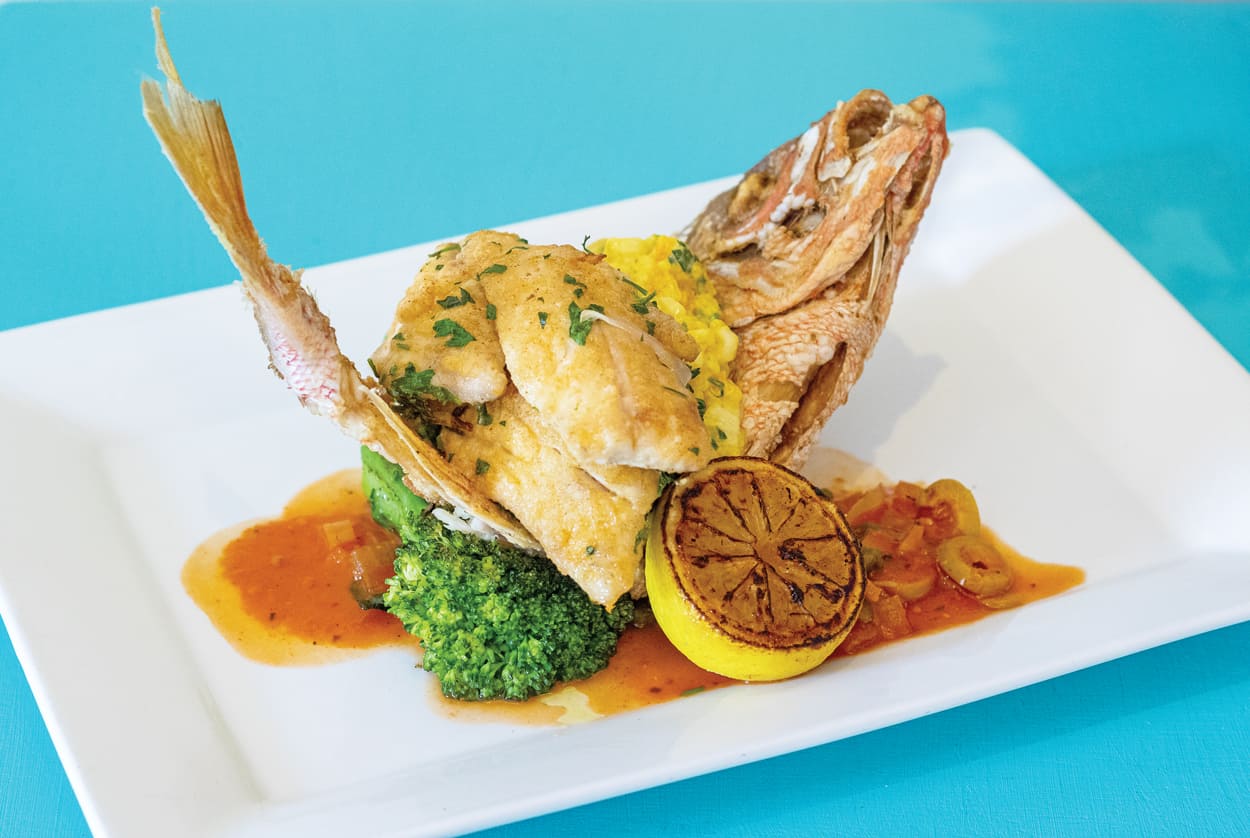 If patience is a virtue, Chef Eduardo Rodriguez must be a very virtuous man. Though his culinary odyssey began in the mid-1990s, it took Rodriguez twenty-five years of hard work in two of Santa Fe’s most prestigious restaurants, a relentless dedication to perfecting his craft, and a global pandemic to finally make his dream of owning his own restaurant come true. Fortunately, Zacatlán Restaurant, which opened in July 2020, was worth the wait.

Rodriguez hails from Zacatecas, Mexico, where he grew up watching and assisting his mother and grandmother in the kitchen. “I was always asking what they needed, gathering dry branches for the [oven].” As the last brother of six still living at home, he was thrilled to get the opportunity as a teenager to visit two of his older brothers, José and Juan, who were cooking in Santa Fe. Rodriguez recalls the moment on that trip when he first became enamored with the idea of becoming a chef: “I was at Coyote Cafe. Everyone was laughing, drinking, [I remember] the smells and the energy. [Then] I saw Mark Kiffin walk in wearing a white chef’s coat with his name on it. I said to my brother, ‘I want that.’” When he returned to Santa Fe right after graduating from high school a few months later, Rodriguez’s brothers got him his first job washing dishes at Coyote, then at Geronimo, where he went on to receive a first-class culinary education cooking under the late, great Eric DiStefano. 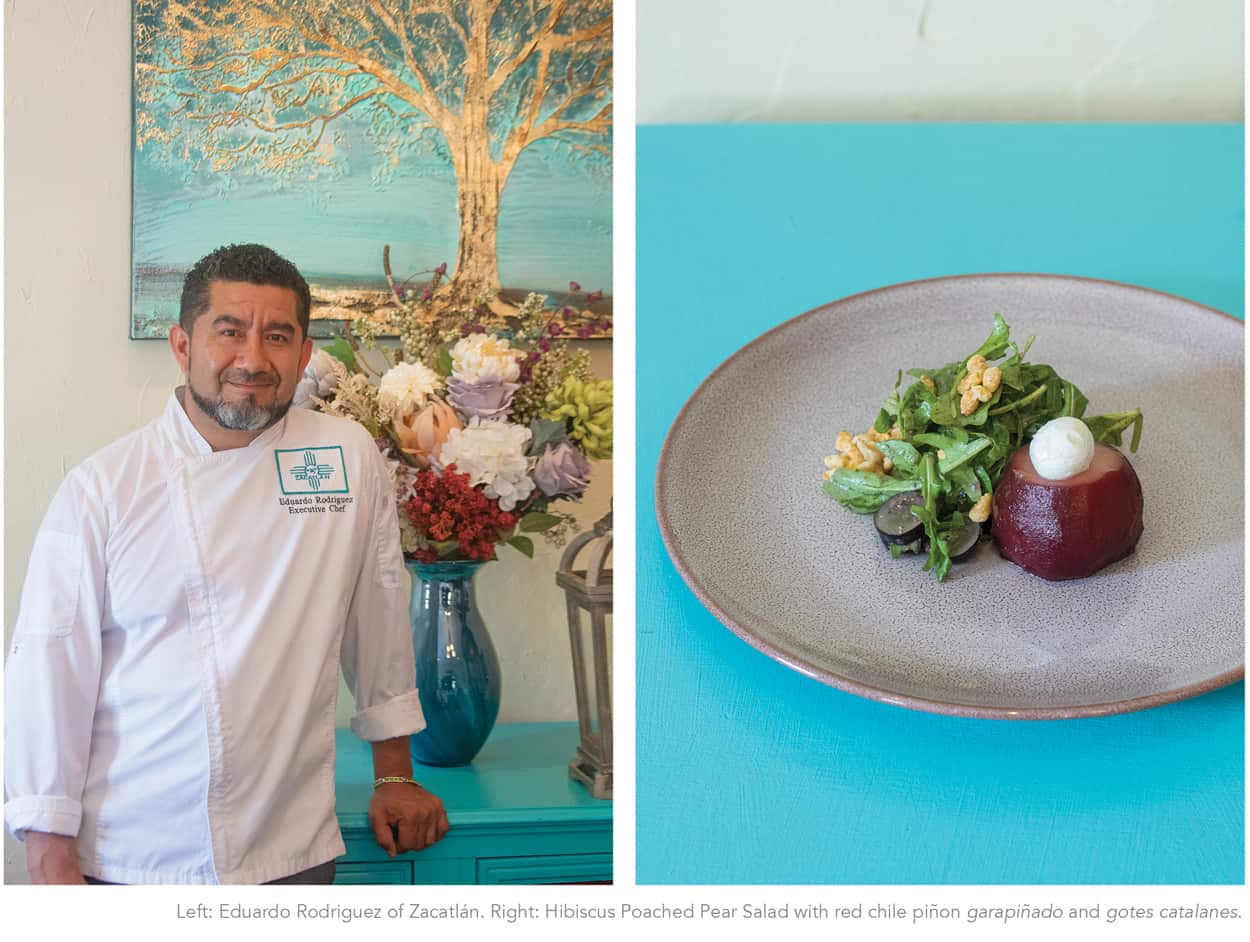 As he had done in his mother’s kitchen, Rodriguez endeared himself to DiStefano by always asking what he needed and by having the work ethic and talent to do whatever was asked. He went from washing dishes to prepping the fish to making fresh pasta to cooking on the line. Then, during one fortuitous Indian Market weekend, Rodriguez was asked to run the entire kitchen while DiStefano and others headed out of town for a James Beard event. When the executive chef returned, he pulled Rodriguez aside, saying they needed to discuss his performance. “I was so nervous!” Rodiguez admits. DiStefano let him know that not only had he heard Rodriguez had run his kitchen flawlessly, but that he would now be the restaurant’s sous-chef. “Eric was an amazing mentor,” says Rodriguez. “He taught me that every dish needed to be perfection, every single time.”

After thirteen years at Geronimo, Rodriguez was ready for a new challenge. Coincidentally, so was DiStefano. In 2007, the senior chef bought into Coyote Cafe and invited his protégé to join him as the new chef de cuisine. Another thirteen years passed, with Rodriguez eventually becoming one of the city’s most respected executive chefs. But, while he was given a lot of room to design and run Coyote’s food program, especially after DiStefano’s tragic passing in 2016, he still longed for a place of his own.

When the pandemic hit in 2020, Coyote, like many restaurants, closed temporarily, and Rodriguez found himself sitting at home and watching too much TV. Restless, he began to put his long-gestating plan of opening his own restaurant into motion. He always knew he wanted a space that was intimate, so when he got a call that a small, casita-like adobe building on Aztec Street had become available, he jumped at the chance. With Coyote Cafe owner Quinn Stephenson’s support, and his family’s invaluable help, he remodeled the space and began crafting the brunch and dinner menus for Zacatlán.

What Rodriguez ended up with is a cozy, fine-dining restaurant that manages to feel both elegant and unpretentious. A handful of tasteful tables with white tablecloths fill the main dining room, which boasts an adobe fireplace that lends itself to an overall romantic atmosphere. 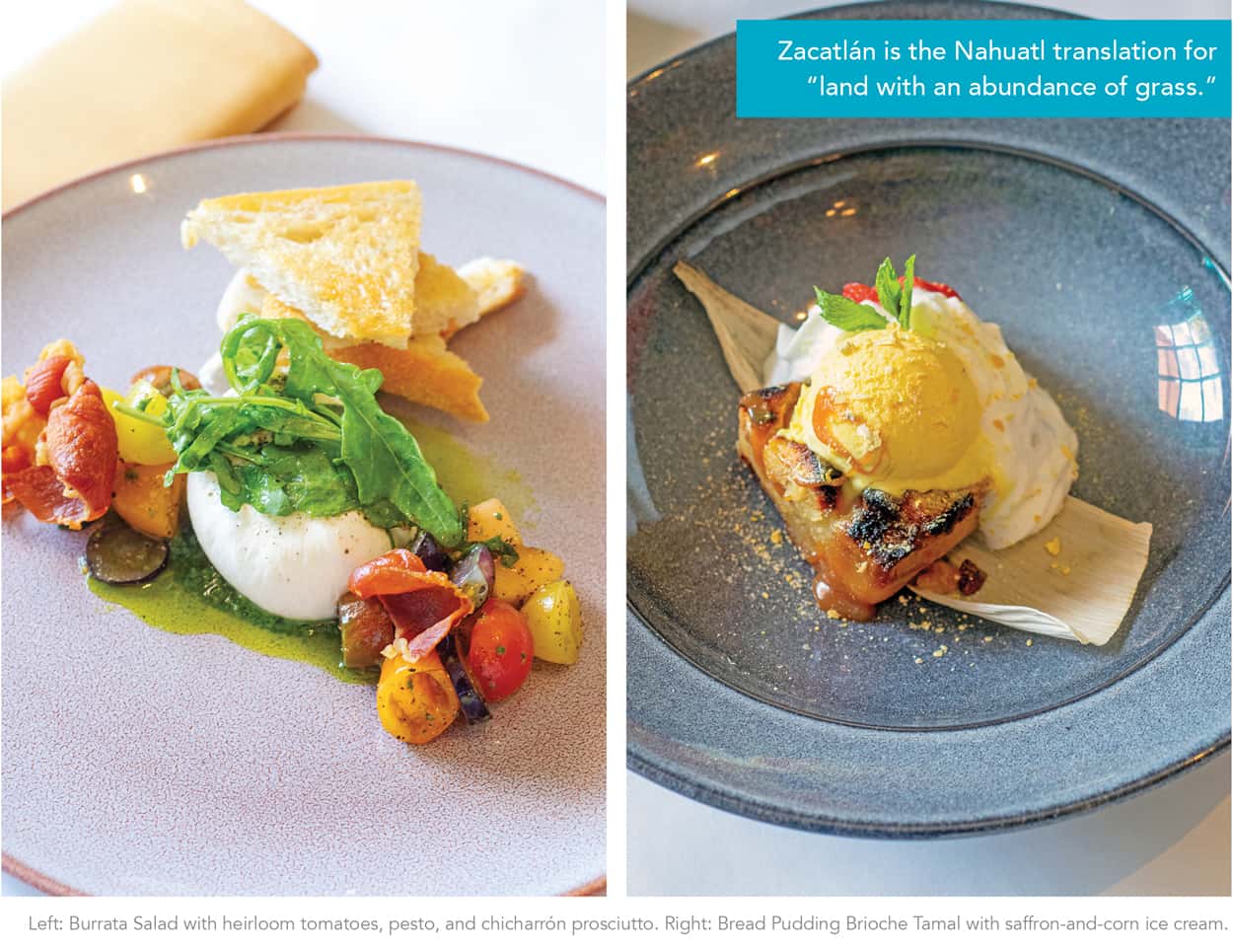 A small, semi-enclosed side patio is even more homey, with turquoise decor touches and a collection of Mexican ceramic figurines and baskets. “We started from zero with this place. There was no kitchen, no air conditioning. . . . Because of the pandemia, it took a long time to get permits, and staffing has been hard. We are always adjusting and getting better,” the chef-owner says.

Zacatlán’s Southwest- and Mexican-inspired cuisine is the culmination of Rodriguez’s upbringing, mentorships, travels, and decades-long experience cooking in the City Different. Standout dishes include the Mole Negro Chilaquiles, Lamb Shank Barbacoa, and the warm and gooey Bread Pudding Brioche Tamal with saffron-and-corn ice cream. The Whole Fried Red Snapper is a true showstopper, with two lightly fried filets resting atop the fish’s deep-fried skeleton in a stunning presentation. Another signature dish is the cochinita pibil, which features a large, slow-cooked pork shank saturated in mole coloradito. Rodriguez says he learned how to make his moles from his mother and from early mornings wandering around the streets of Oaxaca on vacation. “I [sought] out the best mole makers. One woman said I could learn from her if I came to her house at 3 am and spent six hours [learning her process]. But she would only teach me 80 percent of the recipe’s ingredients. The rest [I was told] I could figure out by smelling the air around the neighborhood, so I walked around sniffing and seeing what herbs people were growing on their patios.”

With stellar options for brunch, dinner, and dessert in place, Rodriguez knew he needed equally interesting wine pairings. Again he looked to his home country for inspiration. “People don’t realize Mexico has a wonderful [wine country] in Baja. I love introducing Mexican wines to my customers, and I only choose the best for them.”

Shortly after Zacatlán opened, USA Today selected it as one of America’s top ten best new restaurants, and Condé Nast Traveler called it “one of the hottest tickets in town.” Even with the state’s fluctuating restrictions on indoor dining since the pandemic began, the restaurant has developed a dedicated local fan base, which Rodriguez hopes will only expand once more customers feel comfortable going out to eat. “I want to see a line of people outside,” he says. Though the road was long and is full of (ongoing) obstacles, it’s clear Rodriguez is proud he finally has a place that uniquely represents his own vision and cuisine. “I had to follow my dreams,” he says. 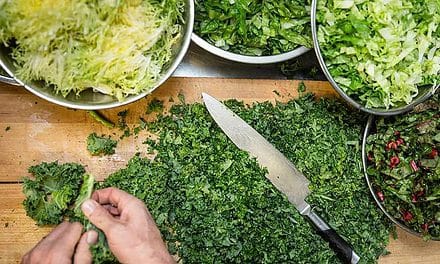