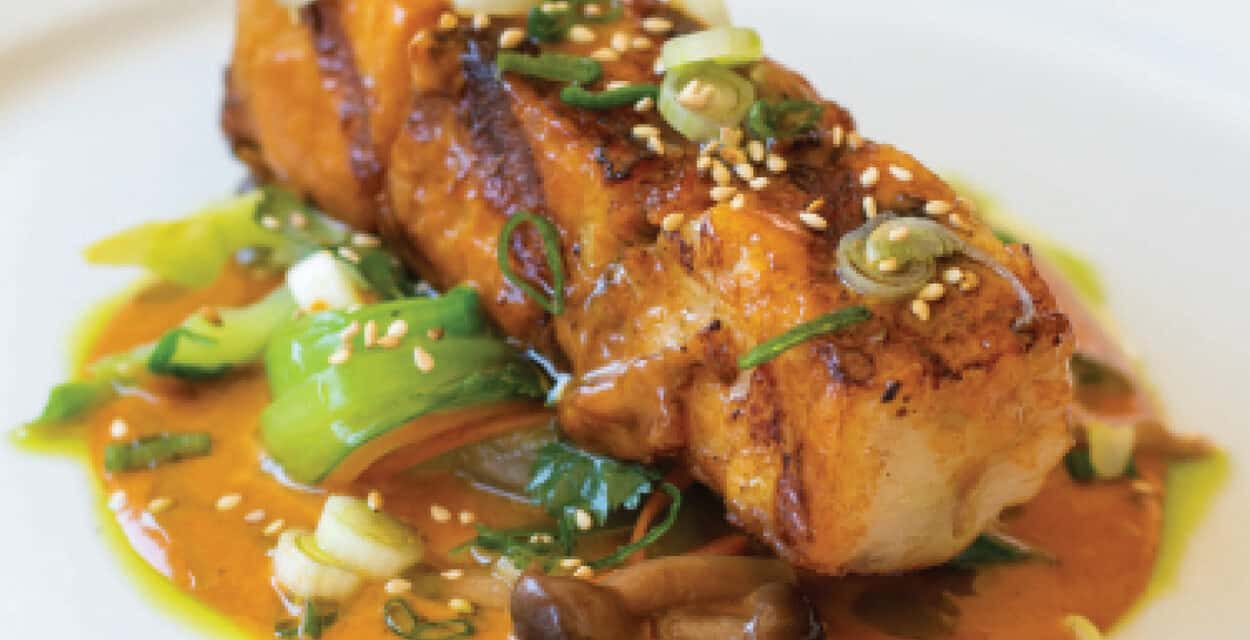 Creating Community through Family and Food

If you find yourself conjuring up happy childhood memories of Mom’s home cooking with every bite of made-from-scratch fare at Horno Restaurant, you’re not alone. Although this Santa Fe restaurant opened just last summer, it has quickly won the hearts of diners near and far. From the house-made pasta to tender roasted chicken and mouth-watering meatballs with marinara and melted mozzarella, every dish is made with love.

“It’s the best feeling when somebody eats your food and it invokes a fantastic food memory for them,” says veteran Santa Fe chef David Sellers, who co-owns Horno with his wife, Heather. “Whether it’s from their childhood, their mother’s cooking, or their Italian grandma who made the best meatballs in the world, it gives them joy. People tell me that all the time. They’ll say, ‘Oh my god, this reminds me of my grandma’s lasagna.’”

The chef’s famous burger—a two-time champion at the Green Chile Cheeseburger Smackdown—is also on the menu, alongside an eclectic offering of Southeast Asian and Italian dishes. But more than elevated gastropub fare draws diners to this cozy downtown restaurant: Horno has a rare and palpable sense of camaraderie and community that carries from the kitchen to each and every table. In part, the community energy comes from the longtime ties the Sellerses have forged with Santa Fe. The couple met at Santacafé, where Heather worked as a server and David spent ten years as chef. Together, they have devoted years to nonprofits—Heather working with Capital High School students through Communities in Schools and David helping to launch and run Albuquerque’s Street Food Institute, a nonprofit culinary entrepreneurship program that employs food trucks as a learning tool.

“During our nonprofit years, both Heather and I did a lot of service to the community,” David says. “For Heather, it was keeping kids on track and helping them to do well, and for me, it was helping adults get back on their feet through Street Food Institute’s culinary program. That has played into how we run the business. We do the same thing for our employees. They are part of our family, and we find out what their needs are and we help them. We try to create a communal family environment.” Horno’s employees, for instance, are paid fair wages, and any leftovers from the staff’s daily family meal are sent home with employees to share with their families.

The communal family vibe extends beyond Horno’s doors and out into Marcy Street, a busy commercial neighborhood of shops, restaurants, and other local businesses. “The community on our street is awesome,” David says. “All the businesses, we’re all friends. We’ve created a bond with the whole block. It’s been a long time since I’ve felt like I’m that much a part of a community in Santa Fe.”

Horno is a family-driven business in other ways too. Heather and David have two sons, and the older, seventeen-year-old Mateo, has played a pivotal role in the restaurant since before it even opened. “He helped me with renovations, tiling and cleaning,” David says. “Then he worked in the kitchen on prep and on the floor. He’s good. I had him working on the garde-manager station and now he buses occasionally. He already has a skill in cooking. He’s so proud of the restaurant and he’s invested in it because it’s a family business.”

It’s fitting that Horno takes its name from the hive-shaped outdoor mud oven that the Spanish introduced to the region’s Pueblo communities in the sixteenth century. Fueled by wood, the horno has long brought families and communities together to cook bread, meat, corn, and other foods from scratch, using local ingredients. The same spirit drives Horno.

“We make all our own bread, sauces, ricotta cheese, and pasta,” says David, whose culinary career started at an organic bakery in Plymouth, New Hampshire, some twenty years ago while he was working toward a BA in philosophy from Plymouth State University. There he learned to grind flour for bread and other baked goods. “I’m not as extreme as that now, but cooking locally, you have to be smart about how you do that, too,” he says. “I always try to have local foods on the menu wherever I can, and to use them as much as I can.” He sources produce from local farmers and serves only natural, antibiotic-free meat, free-range chicken, and fresh seafood. “I talk to seafood purveyors every day to find out what’s the best that they have,” he says.

From the start, Heather and David envisioned Horno as a community restaurant serving “food for the people.” “We wanted to gear the restaurant toward locals and industry people and also people who don’t normally come downtown for dining,” David says. “We intentionally keep the check average low, and the beer and wine list is inexpensive. And it’s happened,” he adds, noting that his and his wife’s nonprofit connections have helped attract customers from farther afield than many downtown venues. “Also, it’s the kind of product you choose,” he notes about the restaurant’s popularity. “I don’t run things that are super expensive. The reason a lot of restaurants have become so expensive is that they’re still running lobster, rack of lamb, and filet mignon. I’ve chosen other center-of-the-plate items that aren’t as expensive but that I spend time and care on.”

Horno has brought the good life to downtown Santa Fe, not just to diners but also to the family behind the restaurant. “It’s really a feeling of thankfulness that this restaurant was started, and it’s been embraced by the community,” says David. “Every night, I have to pinch myself. I’m like, ‘Oh my god, I have my own restaurant and it’s doing great.’ Of course, there’s no shortage of hard work to make this happen, but that is the good life. You’re putting this out from the deepest part of your heart and people are enjoying it.” 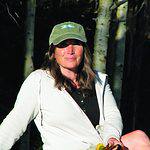 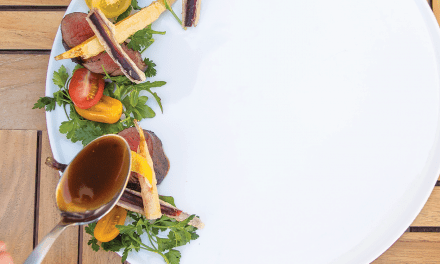 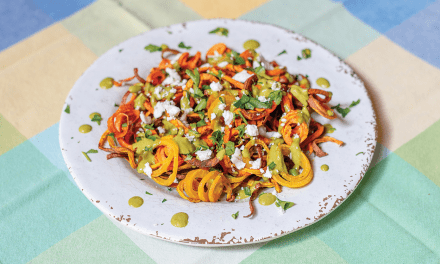 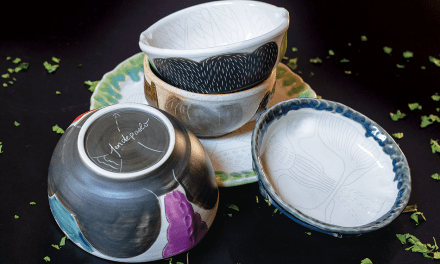