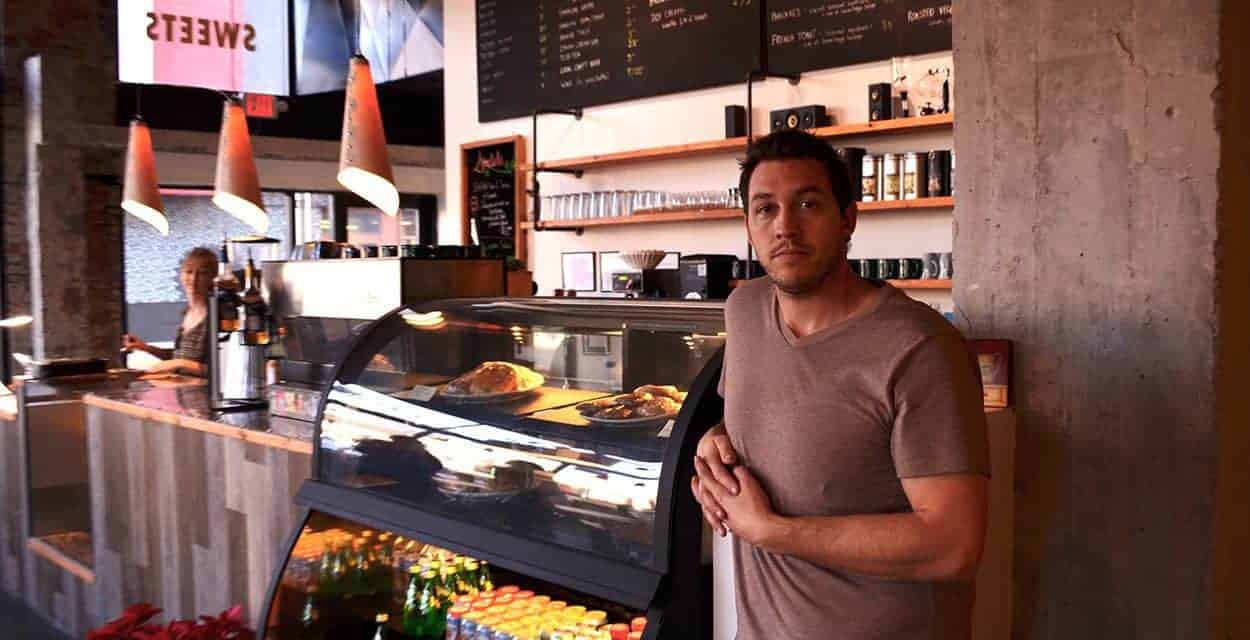 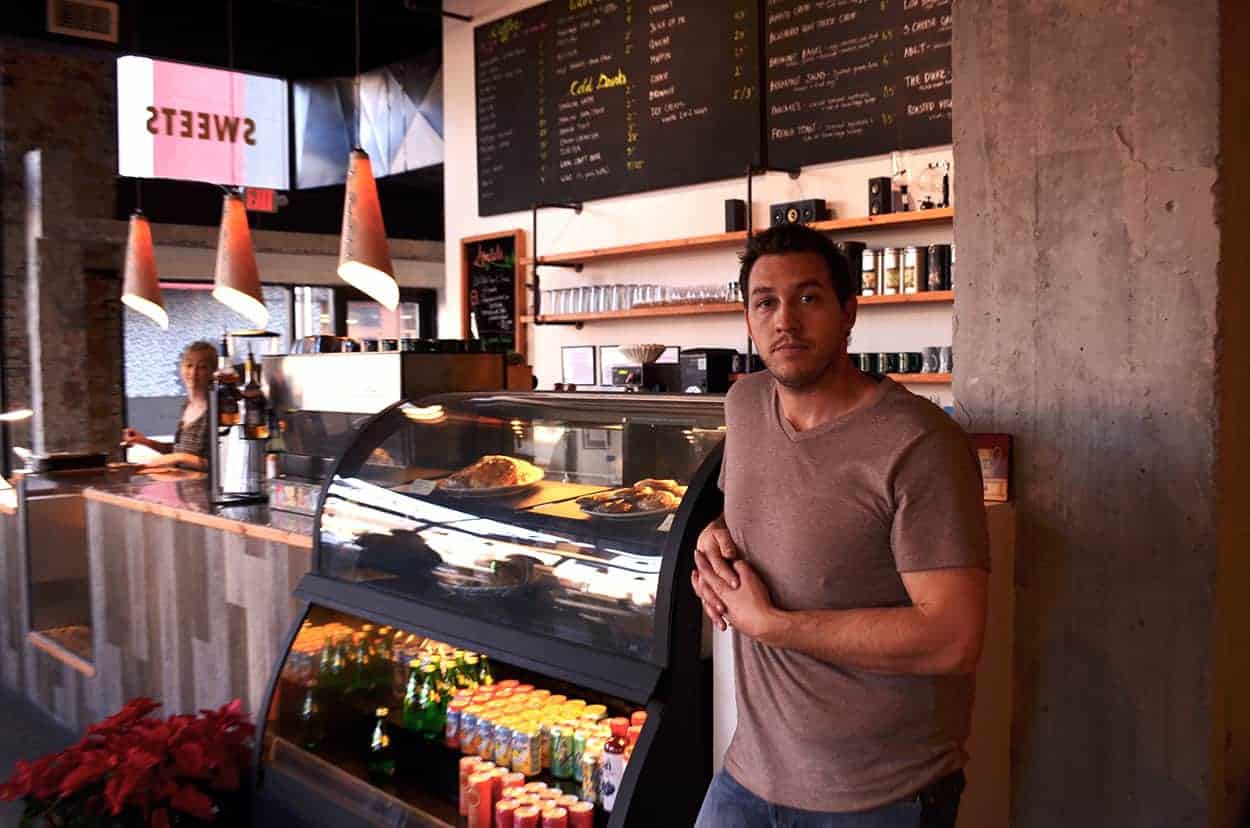 We recently stopped by the Boiler Monkey for its soft opening downtown. The general vibe and ambiance of the place are clearly different from the converted space they used to occupy on 7th and Mountain.

There are bright yellow walls and big open windows looking out onto Central, offering natural lighting that is perfect for the large open space. Much of the furniture has been custom designed for the new space and gives it a rustic urban feel. The community table is one of the pieces that stands out in the bistro, as the multiple tables are connected with metal bars.

Opening night featured a hybrid of old regulars and residents of downtown flocking to the new space. The fresh and hip employees seemed to deftly maneuver the space as they poured espresso and took orders. Patrons seemed to enjoy the different options featured on the menu and enjoyed the new space. 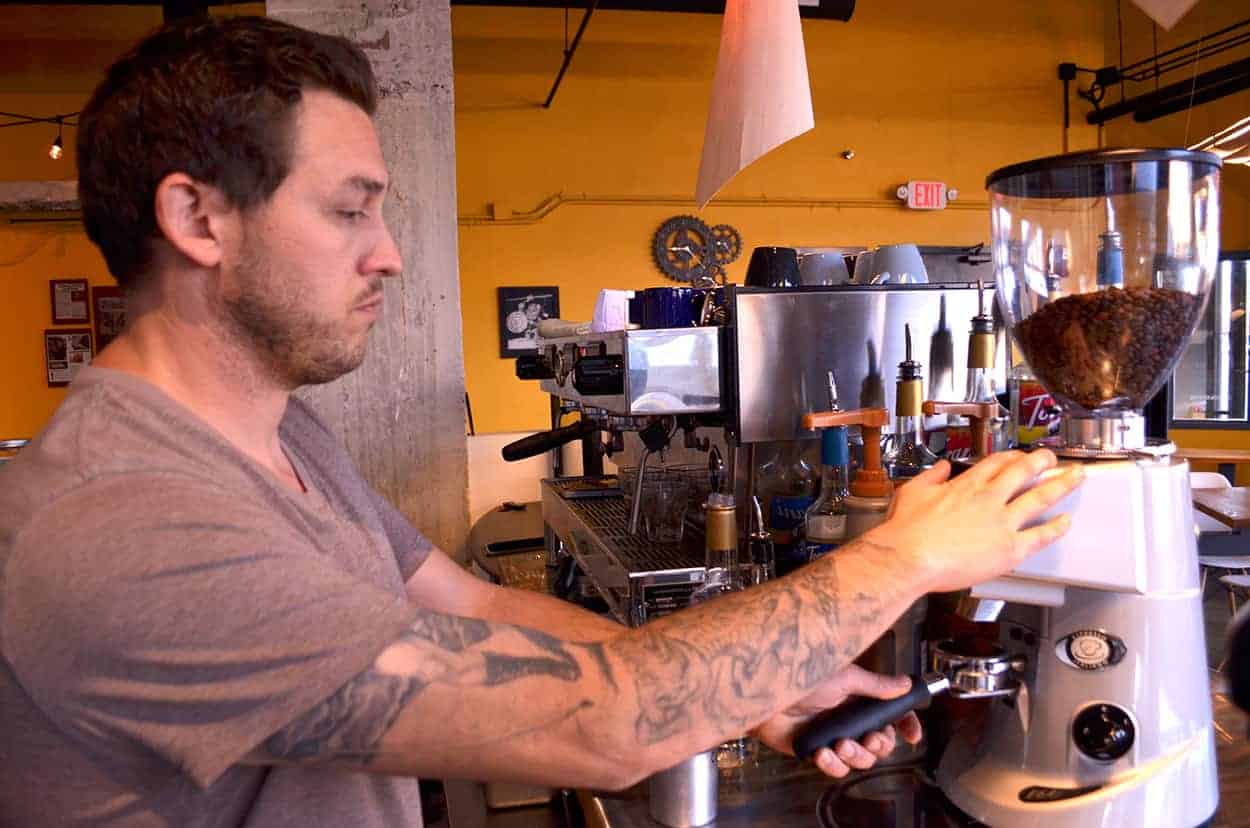 A few days later, we had the opportunity to sit down with the Boiler Monkey’s owner, Matt Fuemmeler, a native to Albuquerque. His aspirations to provide good community food are what have brought The Boiler Monkey into the heart of downtown.

Fuemmeler talked about how his restaurant started out as an award-winning food truck and how it quickly grew more permanent roots at its old location. He realized the old location was, “overcapacity, people were walking in with nowhere to sit, nowhere to hang out. People like what we’re doing and it’s growing faster.” These telltale signs are what prompted Fuemmeler to make the move to a larger location downtown.

He discussed how the aesthetics of the old restaurant and how they “called out to me for that type of home setting, it called out for that in my mind. This space did the same thing; it really provoked me to say it needs to be industrial, modern.” The newest location was a collaboration between Fuemmeler and his brother, an architect, who helped figure out the flow of the restaurant. 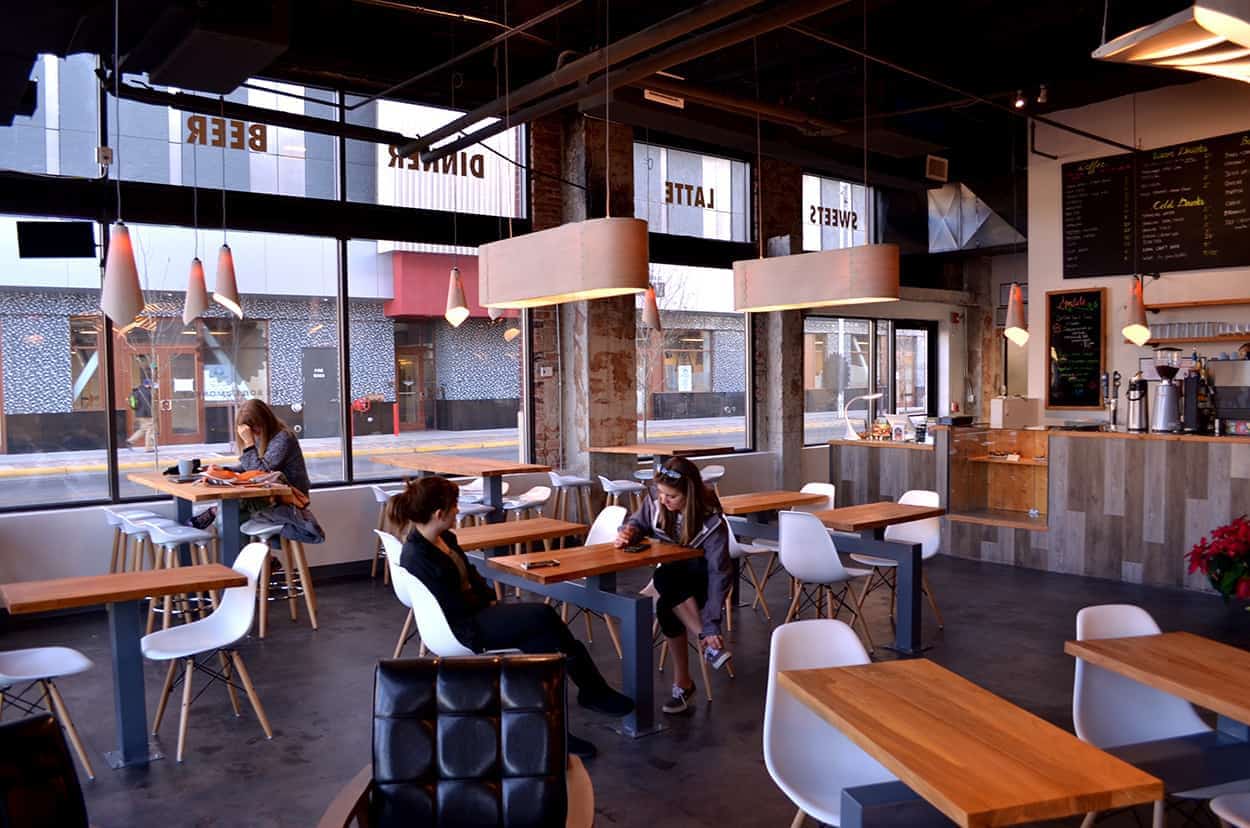 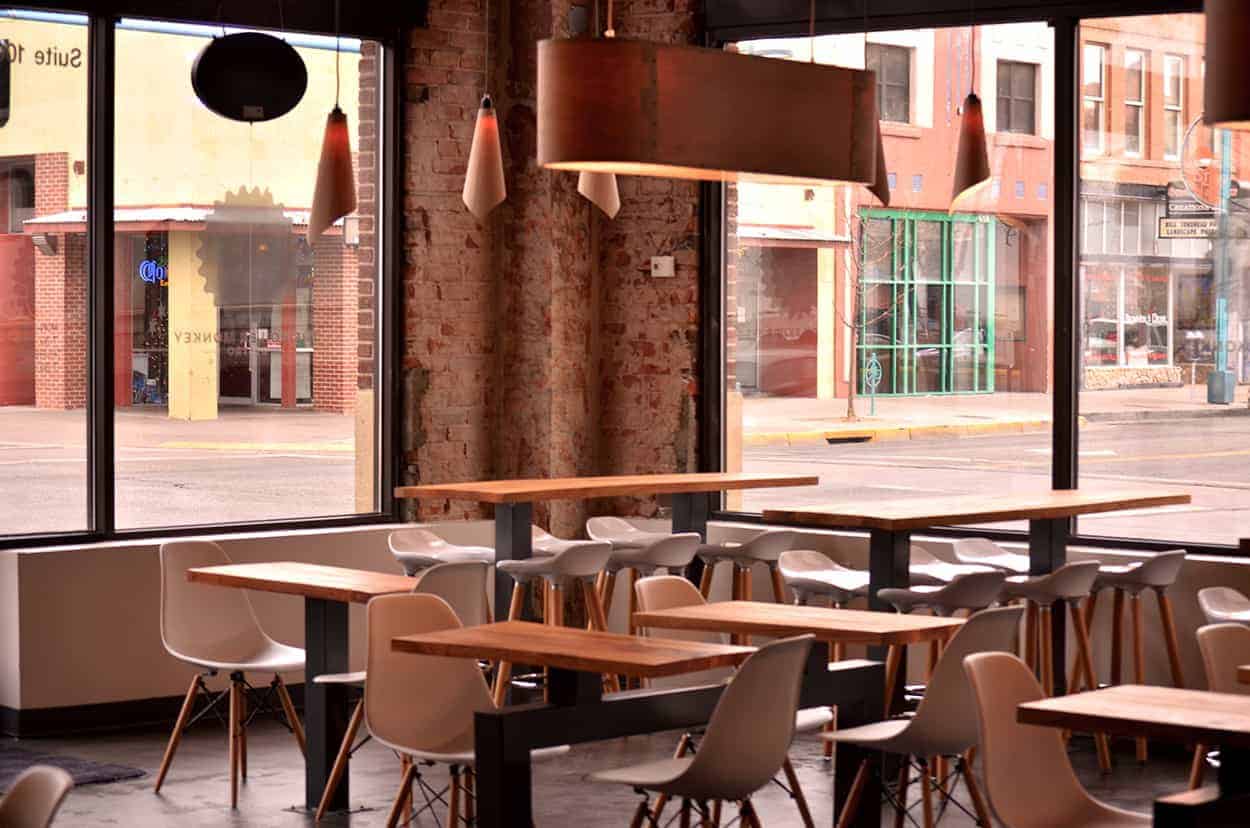 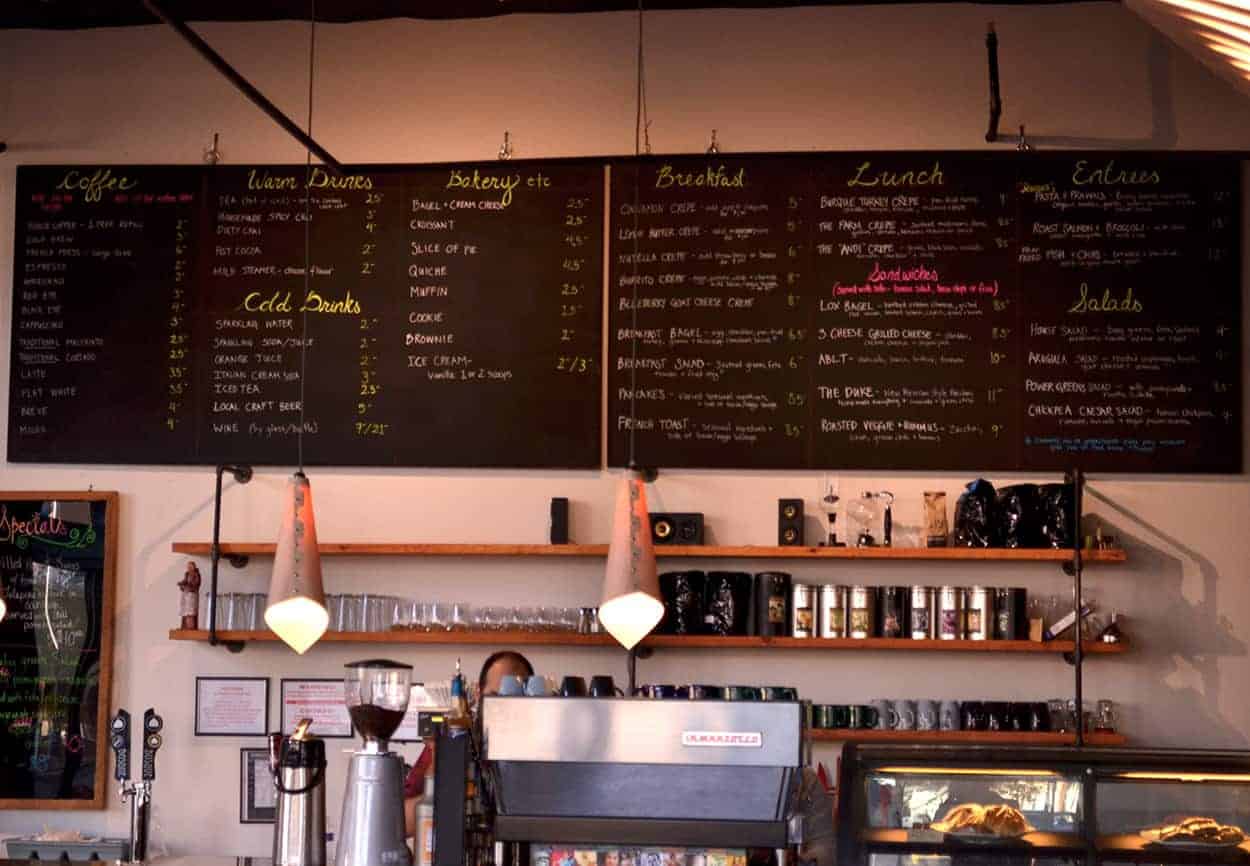 When talking about the space, Fuemmeler states, “I want to provide a space for people to hang out before they hit the bars, or to go from the breweries to get some food. Somewhere to sit on the couch and read a book or sit at a table and do your homework, Albuquerque doesn’t seem to have places right downtown that are like that.” These are things that downtown Albuquerque needs. 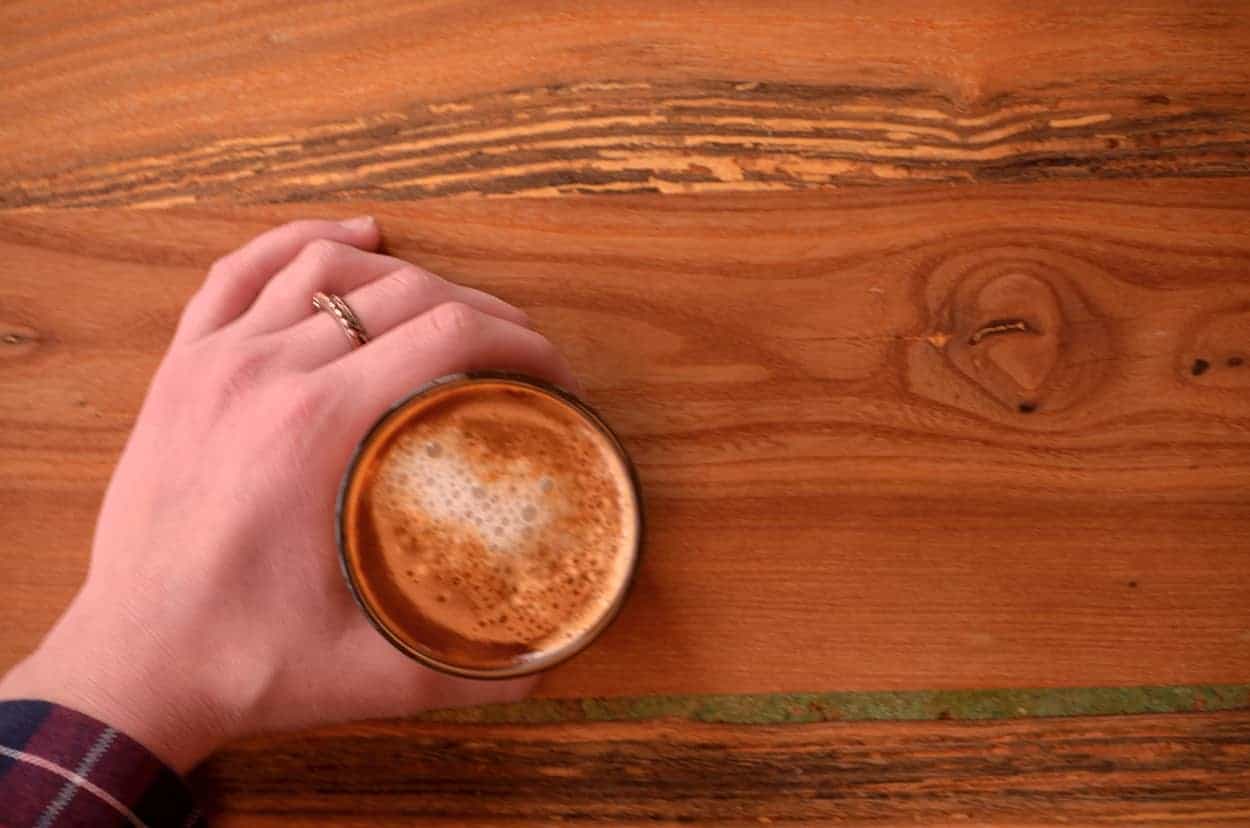 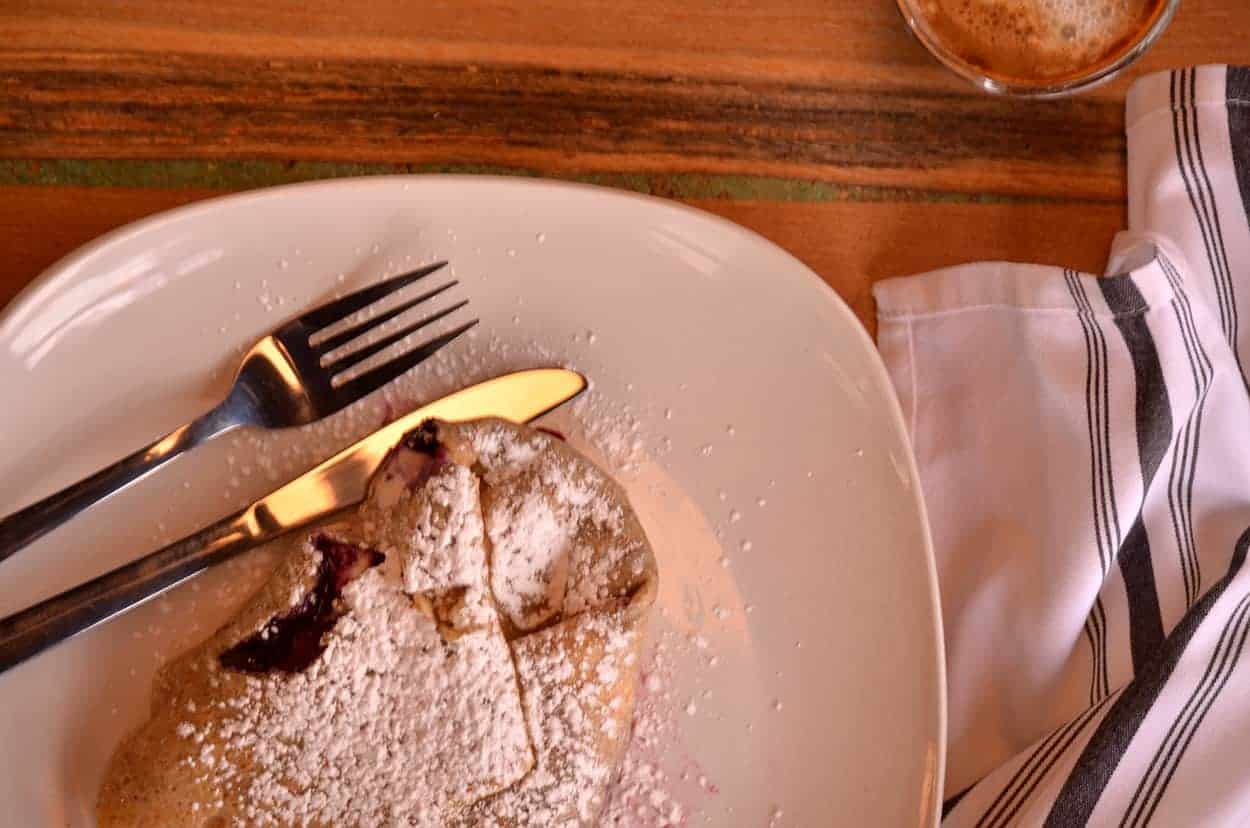 The restaurant has a few local roots now at the restaurant and plans to expand into providing fresh, local greens when springtime is in full swing. Their pasta comes from Ñocco’s, a fixture at the weekly Rail Yards market that specializes in handmade, organic pasta. Their coffee is also provided by a local favorite, Prosum Roasters. There are definite nods to the local food community here in Albuquerque and plans to source more food locally in the future.

It will be exciting to see how The Boiler Monkey progresses in the future. The space they occupy now is a perfect addition to downtown and the food and coffee provided is a must for people in the area. We hope to see great things come out of this freshly relocated spot. 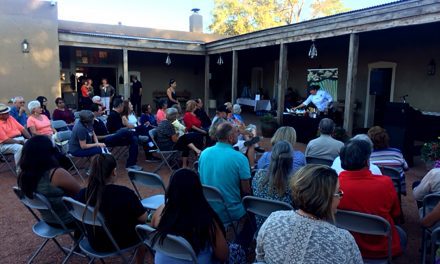 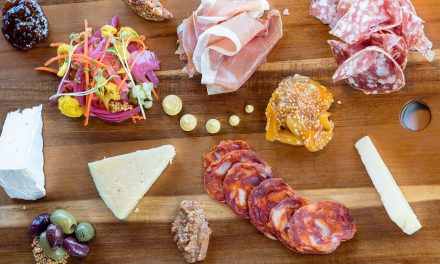