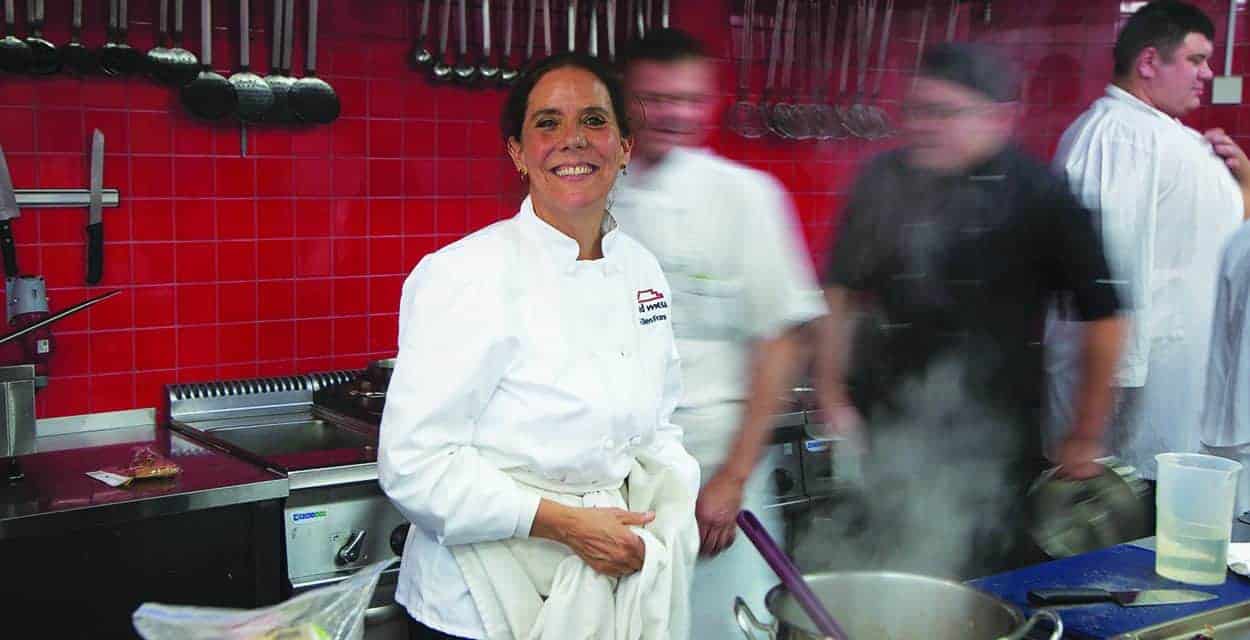 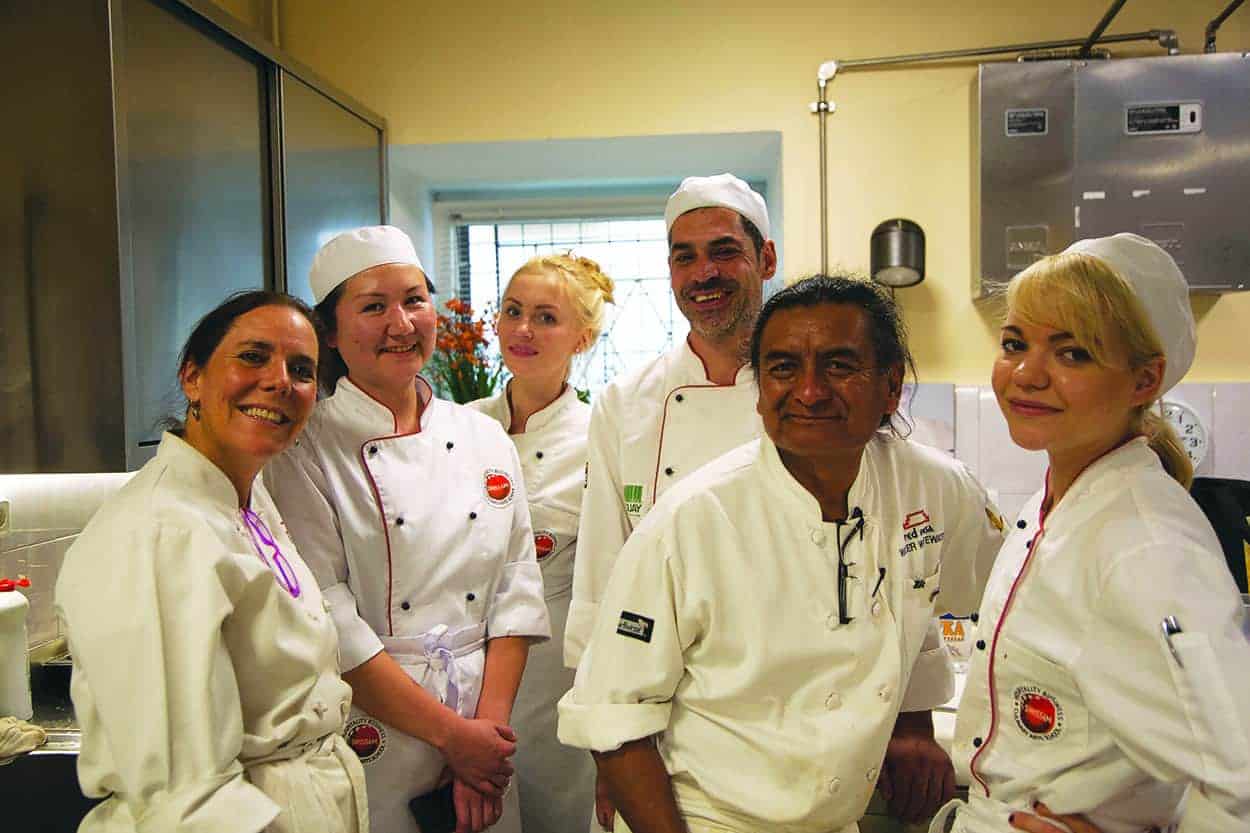 Growing up at the tail end of the baby boomer generation, I was part of the duck-and-cover era. Air raid drills in public schools meant each time we heard the siren, we jumped out of our desks, filtered out of the classroom, and sat quietly in the hallway, heads between our knees and hands wrapped around the backs of our necks. It wasn’t until recently, when the US State Department brought me to St. Petersburg as part of a culinary diplomacy program, that I fully understood how these drills shaped my perception of Russia, even to this day.

My trip to St. Petersburg originated from an earlier trip to Ukraine. In 2012, under the creative vision of Eric A. Johnson, a professed foodie and the Counselor for Public Affairs at the US Embassy in Kiev, the US State Department began inviting chefs to act as resources for diplomatic engagement both at home and abroad. Chef Walter Whitewater (Diné) and I were first invited to work as culinary diplomats in 2013, when Johnson asked us to present a program called “The Three Sisters,” which focused on the history of Native American cuisine in the Southwest and cooking with Native American ingredients (particularly corn, beans, and squash—the Three Sisters of the Native American agricultural trinity).

Although one would not normally consider food central to a diplomatic mission, food is the common ground of all cultures and ethnicities. While we might not speak the same language, espouse the same religious views, or have the same political systems, we share the universal language of food. We need food to survive, and we need to cooperatively create sustainable foodways to help us in that survival. Working in foreign countries with the ancestral foods from the Southwest is an incredible honor and an opportunity to bridge a gap that often exists between countries and cultures. When we serve these foods to others, including chefs, diplomatic leaders, business professionals, culinary students, school children, and educators, it helps to build stronger bonds between our countries and offers an important setting to further vital diplomatic work. The opportunity to share local Native American foods and cultures with the world is an homage to the notion that we are all much more alike than we are different.

Two years after we presented “The Three Sisters” in Ukraine, Johnson asked us to join him at his new station in Britain. There we met Rachel Norniella, who, along with her husband Thomas M. Leary, the consul general at the US Consulate in St. Petersburg, invited us to Russia to work with them as culinary diplomats. Consul General Leary and Norniella invited us into their residence with open arms, and we built a working relationship and friendship that will bring us back to Russia in the future. Two US State Department employees in particular, Michael Byrnes and Janna Agasieva, spent countless hours each day helping us in our mission and collaborated with us for months prior to our trip to create cultural programs that would engage Russian audiences in the exploration of Southwest Native American cultures and foods. 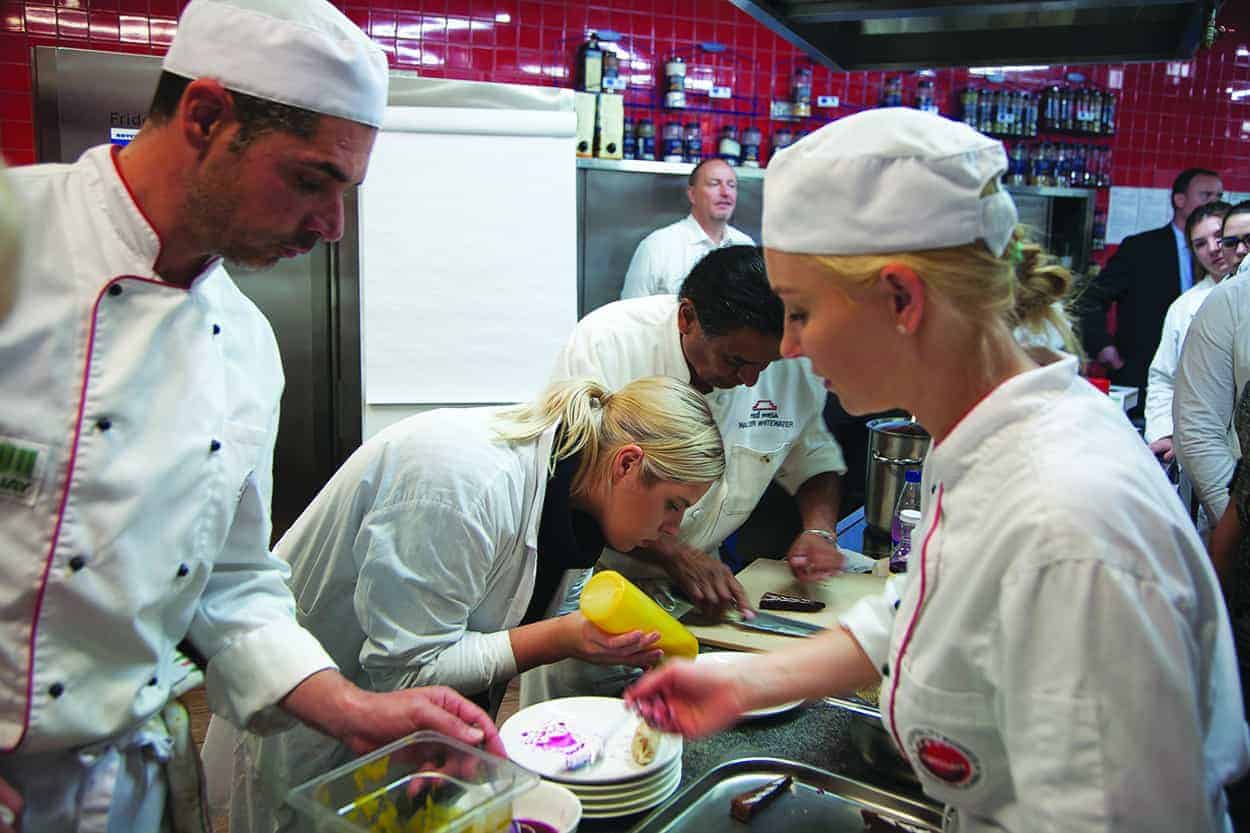 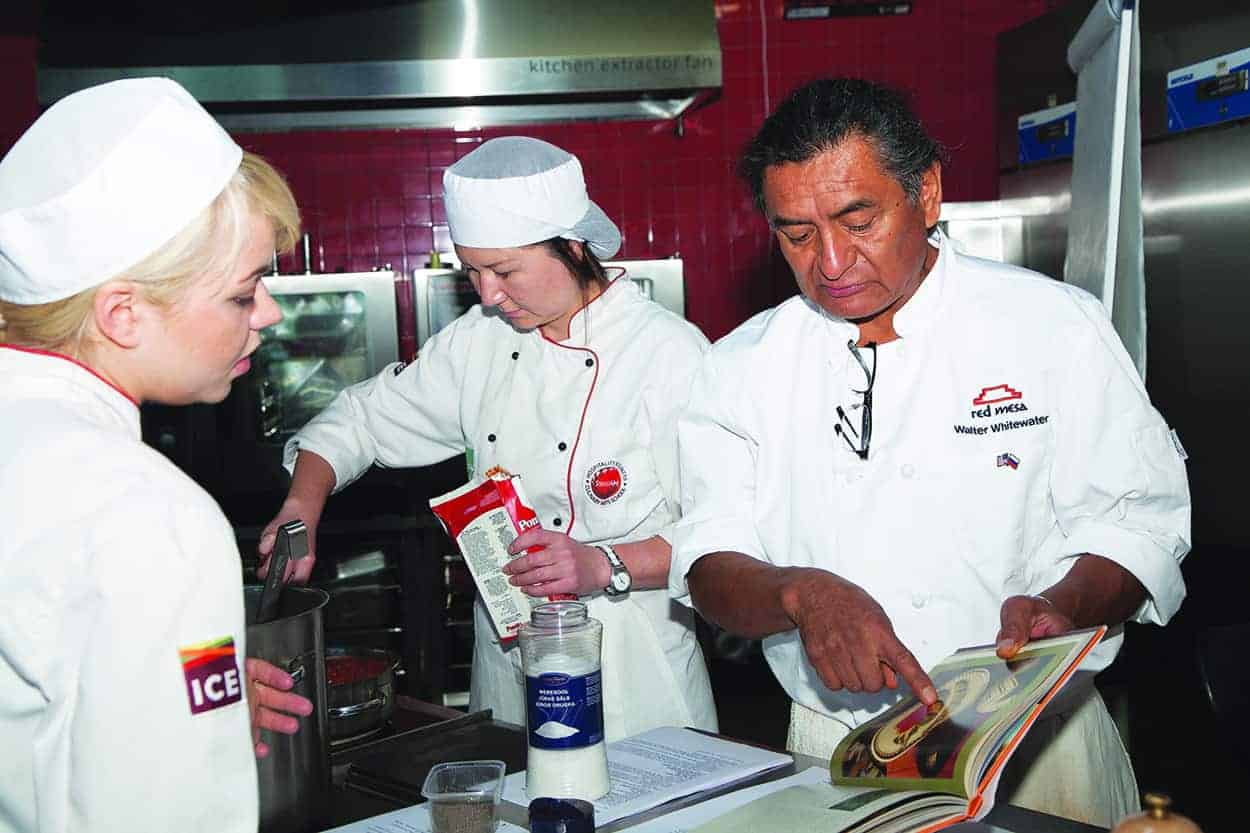 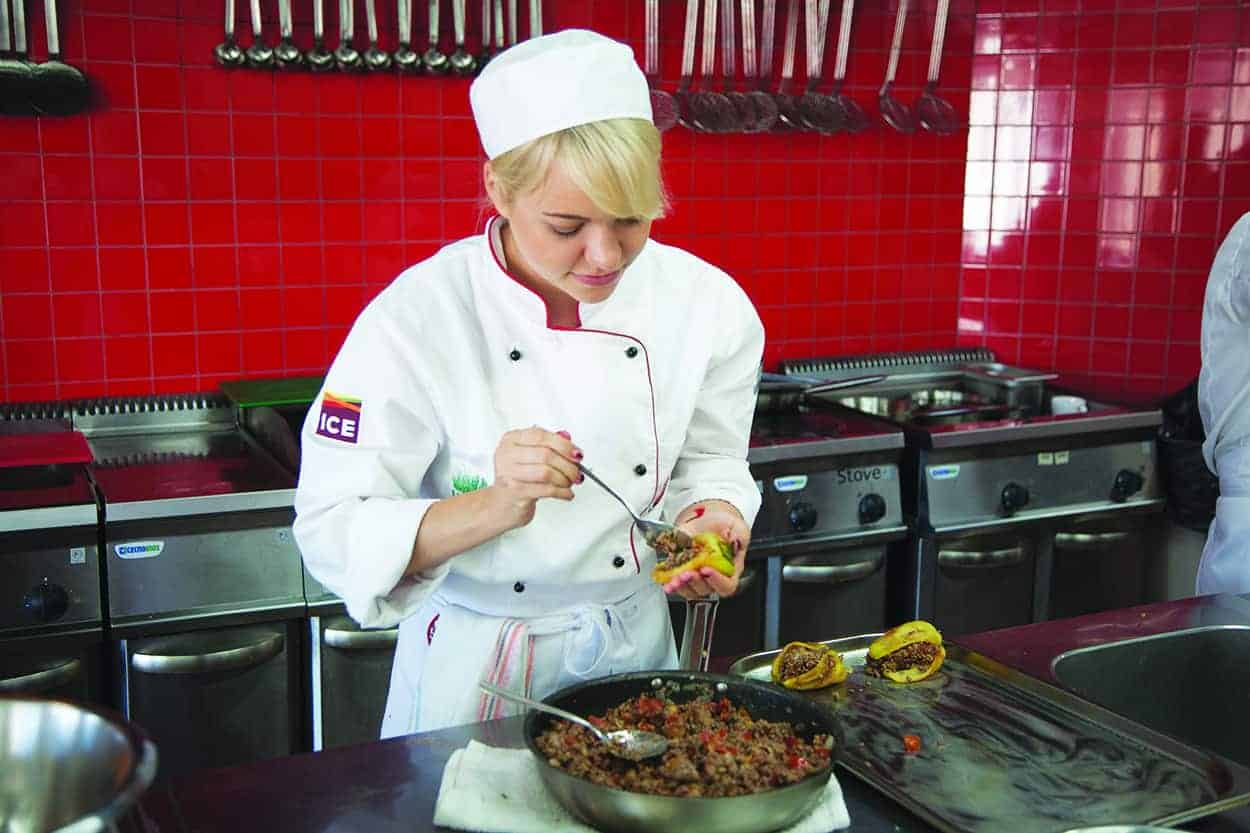 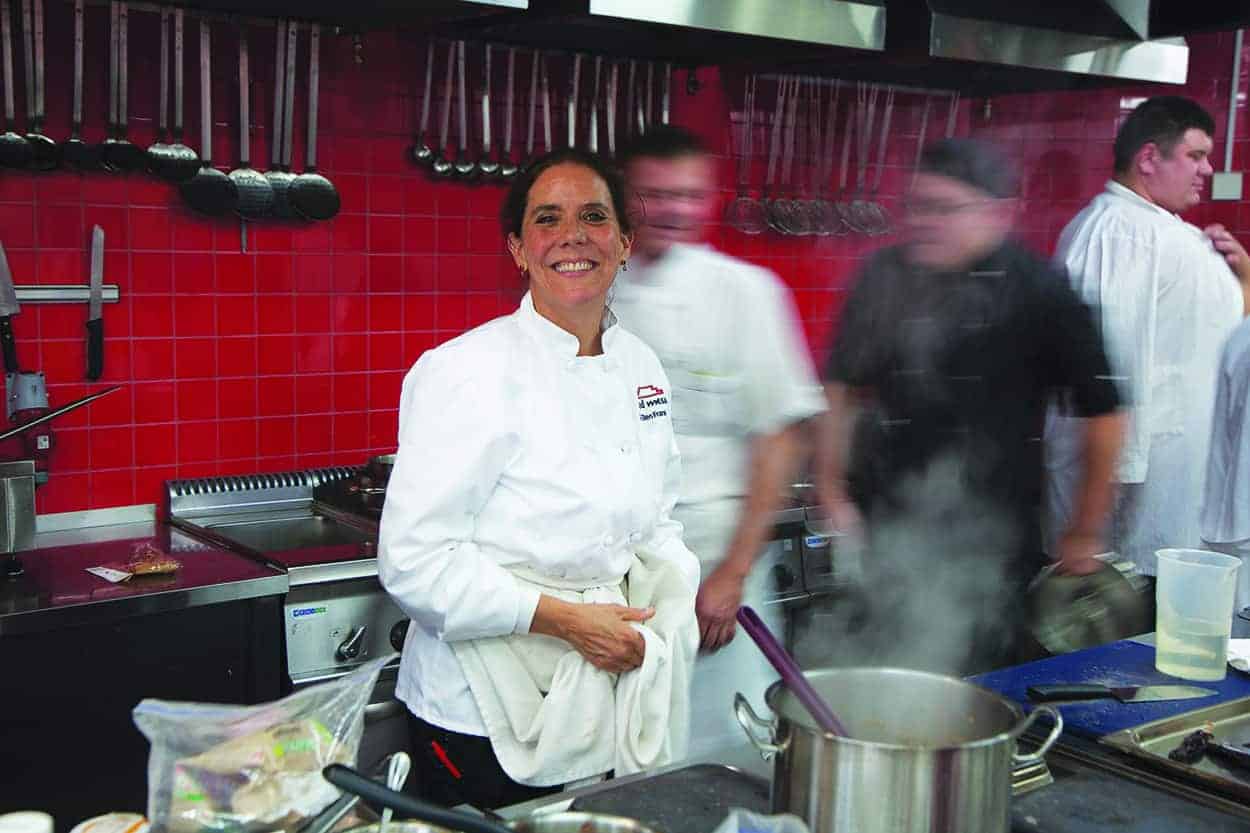 Our first two programs were held at the SWISSAM Hospitality Business and Culinary Arts School. The first was geared toward international and Russian chefs from some of St. Petersburg’s top restaurants. It included a presentation on the history of Southwest Native American cuisine and explained how consuming ancestral foods can promote contemporary health and wellness in Native American communities—an issue chef Whitewater and I are working on with pueblos throughout New Mexico. We followed the talk with a cooking demonstration and tasting. The following day we offered a similar program for master class culinary students.

A couple of days later, the consul general hosted a dinner reception at his residence for Russians from prominent cultural, educational, and business institutions; diplomats from international consulates; and the press. We presented hors d’oeuvres and a buffet highlighting Native American dishes for approximately one hundred guests. These programs gave us the opportunity to strengthen our relationship with Russia by improving foreign insight into our current society and culture in New Mexico and helping internationals form an understanding of Native American ancestral foods. We served handmade pork tamales with a traditional New Mexican red chile sauce. And while I had to explain to our Russian guests that we don’t eat the corn husk outside of the tamale, they loved the corn masa, red chile, and pork, which was steamed to perfection, and they embraced the sauce even though it was hotter than any of their local dishes. Almost every guest who tried the tamales said that it was their first time ever eating one, and chef Whitewater and I made sure we had enough that guests could take several home to share with family members—just like we would if we were making them here.

To our guests’ surprise, many common staples of Russian cooking originated in the Americas. However, we knew many ingredients would be difficult to find in Russia, so we had them shipped from New Mexico: Tamaya white and blue corn meal from Santa Ana Pueblo for baking bread; red, white, and blue corn posole for posole stew; and red chile powder from Casado Farms at Ohkay Owingeh Pueblo for sauce and red chile honey. We brought corn masa for making tamales and dried red chile pods, local pumpkin seeds, and dried northern New Mexican fruit to make a New Mexican mole sauce. We purchased the remaining ingredients locally, using seasonal foods available from markets and vendors in St. Petersburg. Throughout the process of acquiring the rest of the ingredients on local shopping trips and preparing the foods for the different events, we formed wonderful relationships with everyone we met. The culinary students from SWISSAM helped us prep food for each event. Through that, we taught them ancient Native American and traditional New Mexico recipes as well as cooking techniques that they will hopefully incorporate into their individual cooking styles as they become more experienced and branch out into their own culinary careers.

Anastasia Troshkova, for instance, noted that one of our dessert dishes, the traditional berry crisp, could have been made by her Russian grandmother, except her grandmother would have served it with sour cream. The fresh sweet and sour taste of the baked berries with the crisp topping reminded her of childhood and elicited memories associated with her grandmother. Perhaps she will keep up her grandmother’s tradition of baking a berry crisp but bake it now with a northern New Mexican Native American twist.

As I reflect on my trip to Russia and the purpose of the diplomatic mission, I think one of the most important messages that resonated with the chefs and the culinary students was quite simple: we are all part of the land from which we come. The food our grandmothers prepared from each of our regions was place-based and filled with local terroirs and traditions. How, then, as innovative and contemporary chefs, can we prepare and present these foods to honor the land from which they have come? This is the mission that chef Whitewater and I have dedicated our culinary careers to, and this is what we are doing with local, regional, New Mexican, and Native American ancestral ingredients at Red Mesa Cuisine in Santa Fe.

If all of us do not pass on meaningful culinary traditions from one generation to the next—how to sustainably grow specific local crops, how to find and harvest wild foods, or how to prepare and cook them—then part of all of our cultures and the uniqueness of each will disappear. Chefs today have a wonderful opportunity to keep these culinary traditions alive for future generations.

At the chef’s tasting, Dmitriy Kharkov, the demi-chef de partie from the Four Seasons Hotel Lion Palace St. Petersburg, approached me. He was incredibly engaged by my presentation and agreed that our different local cuisines were each important and that presenting these foods to the world gave us the opportunity to elevate them to the same level as some of the world’s most famous cuisines. When we travel and visit new lands, we want to taste the unique foods from that landscape; we owe it to ourselves to also learn and understand these foods in the context of their history and place. Kharkov added, “I was happy to try your dishes, it was inspiring. The concept of carrying on the traditions using ingredients of the past and making it new is quite familiar to me, as we are trying to use the same approach in our work.” At that moment I knew why I had come to Russia. His statement resonated with me, and I realized we are both creating the future of our local foods by looking to our past. We are two people, thousands of miles apart, each doing our part to keep important culinary traditions from our local areas alive.

Food is the common thread that binds us together. It teaches us the importance and value of one another. To find and share that common ground in Russia, a place I had feared as a child, was remarkable. The relationships that were formed will last forever and the experience of using food as an agent of diplomacy is the perfect medium for change to happen. 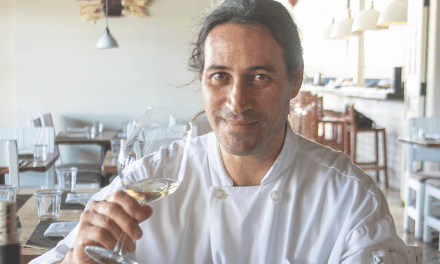 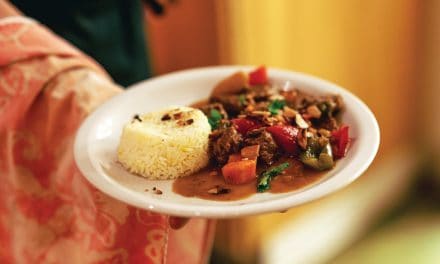 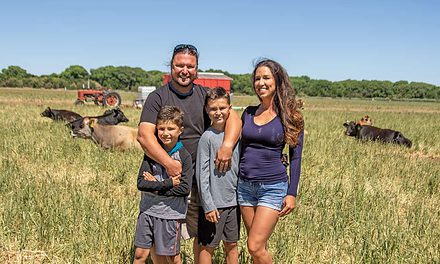