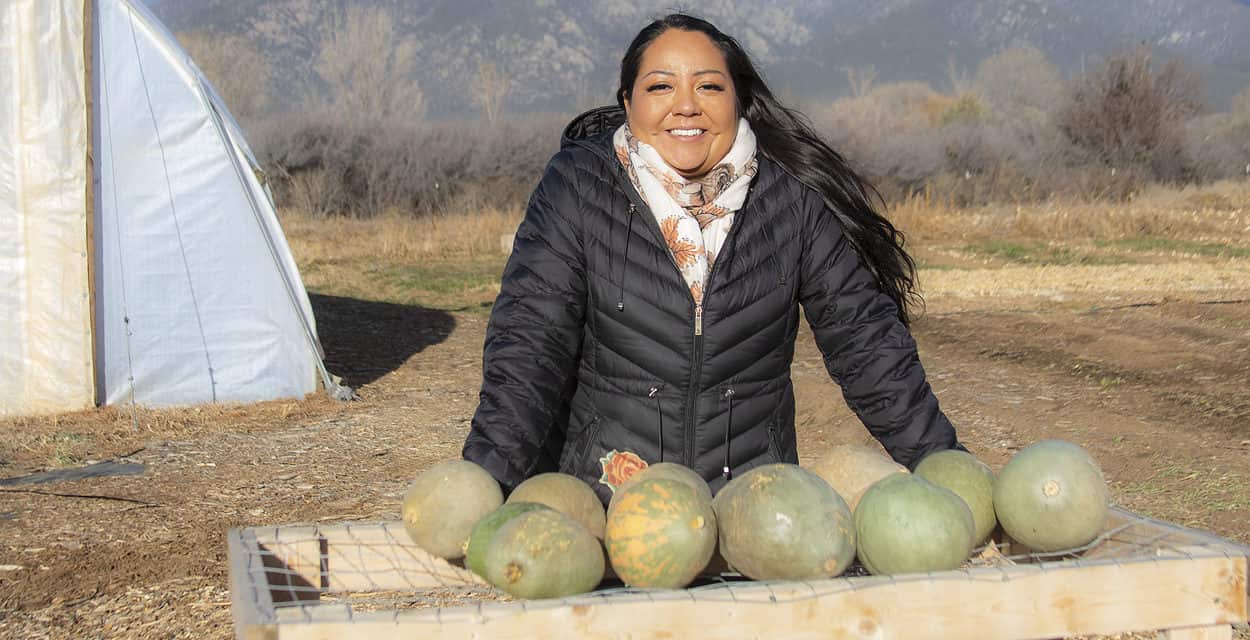 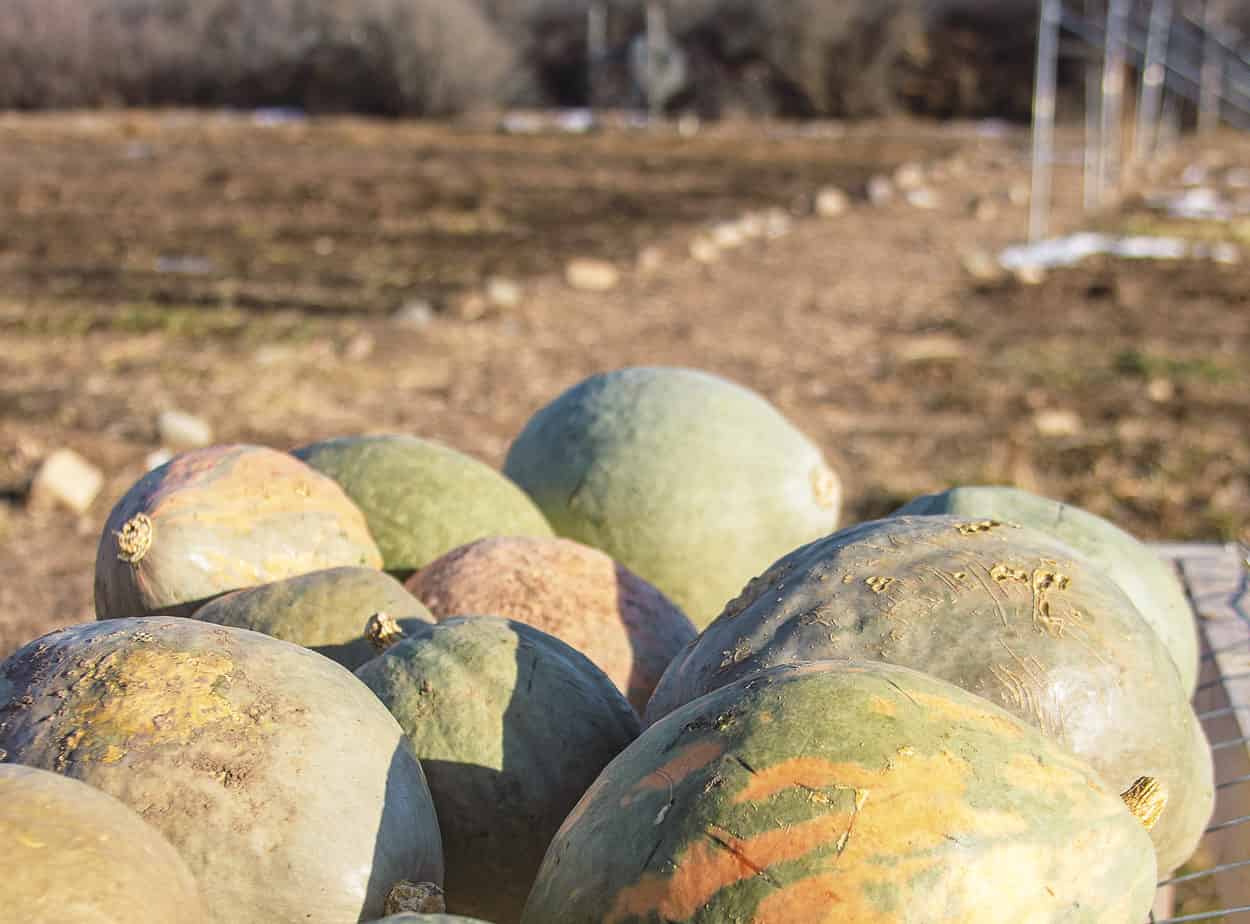 What we eat, where we get our food, how we prepare it, and how we think about it can become so familiar as to become a hidden or subterranean force. Some of us grew up with traditional dishes like calabacitas passed down through grandparents and prepared at countless celebrations and holidays, through shifting seasons, and for large and changing extended families. Others have curated and crafted their own culture of food, shared with friends and family at parties, to mark the coming of warm weather and cold, to celebrate being together. Maybe your grandfather was particular about the source of the pork for his chicharrones, or you’ve found yourself in specialty grocery stores trying to source a rare variety of chile for a friend who’s making their world-famous dish. Maybe you are the particular chef, intent upon finding the right variety of squash—not too sweet and not too bitter, maybe an heirloom—and the freshest herbs to complement your soup.

If it’s true that food connects us both to ourselves and to each other, it is equally true that “each other” transcends our individual lifetimes. Our histories are also the histories of what we grow, which nourishes and sustains us, the squash carefully tended and cultivated over lifetimes. These crops connect us in webs of interrelated need and pleasure. I feel fortunate to have grown up with stories of wild foods: my great-grandma and grandma preparing quelites, verdolagas, wild asparagus and onions, trout fresh from mountain streams. Intrinsic in the act of passing these memories down is a firsthand knowledge of the diversity and variety of our ecosystems. In New Mexico, and increasingly throughout the United States in initiatives often led by Indigenous farmers, storytellers, and activists, the work of remaining present with the lived history of relationships with food and medicine is undertaken by seed savers and keepers, community-oriented agriculture programs, farms, permaculture institutes, and individuals growing crops for diverse seed banks.

The archeological record places the cultivation of squash on the American continent sometime between 8,000 and 5,500 BCE, with the oldest evidence found in the Guilá Naquitz Cave in Oaxaca, Mexico, and predating archeological evidence of maize and beans in the area by about four thousand years. Indigenous oral history is a living testament to the intimacy of the relationship between humans and squash over vast regions throughout this time frame. With their long histories of contact, engagement, and trade with cultures throughout both present-day Mexico and the present-day United States, the Indigenous inhabitants of what is now New Mexico have long been poised as intellectual and cultural hubs, interpreting, adopting, and sharing practices across time. The presence of Spanish colonists, who brought farming practices and seeds from North Africa and the Iberian Peninsula, added many layers to this existing milieu, and together these cultures have maintained relationships with squash to this day.

Sometimes referred to in English as the Three Sisters when planted as companions, squash, corn, and beans have long been grown together throughout the whole of their geographic range in North and South America. In this practice, squash provides shade and cover for the soil during hot months, and shields beans and corn from pests; corn provides a stalk for both beans and squash to climb, keeping their tender leaves away from harmful microbes on the ground; and beans replenish nitrogen in soil. This way of planting squash, corn, and beans is found also in milpa agriculture throughout Mexico and Central America. Along with being easy growing companions, these three crops provide balanced nutrition when eaten together: the amino acids found in beans support those in corn, and, together with squash seeds, provide necessary protein. Squash, meanwhile, provides fat, minerals, and vitamins.

As Tiana Suazo, executive director of the Red Willow Center in Taos Pueblo, observes, companion planting also saves space, something of particular importance on Red Willow’s farm, which grows crops on just less than a third of an acre. The center has been operating since 2001, and provides internships to students from the Pueblo who are interested in farming. The farm produces commercial crops to sell at the Taos Farmers Market, and since Suazo took the helm in 2019, she has also championed growing traditional crops for seed. Some percentage of the harvest of these crops is also given to families involved in traditional activities on the Pueblo. In the summer of 2022, the student farmers grew Taos Pueblo blue corn, Taos Pueblo red beans, Taos Pueblo Hubbard squash, and Hopi red dye amaranth.

There are five species of domesticated squash, but as longtime seed advocate (and former employee of the New Mexico Department of Agriculture) Brett Bakker emphasized, there are countless varieties within each species, with a plethora of genetic diversity represented by landrace, heirloom, and traditional varieties. Bakker has been growing, collecting, and saving native seed in New Mexico since the 1980s. He worked for a decade with Tucson-based Native Seeds/SEARCH assembling a bank of traditional Southwestern seeds, which today includes such varieties as the New Mexico bolita bean from Hispanic communities in northern New Mexico; Huatli amaranth from Tulyehualco, a Nahuatl community near Mexico City; and the San Juan Tsile chile, from San Juan Pueblo. Bakker serves on the board of the Flowering Tree Permaculture Institute, a northern New Mexico–based nonprofit that works to “nurture healthy communities through practices based on Indigenous ways of knowing.” Under the direction of Roxanne Swentzell, Flowering Tree has eight sites to support their mission in permaculture, traditional food practices, traditional building practices, seed saving, and animal husbandry. 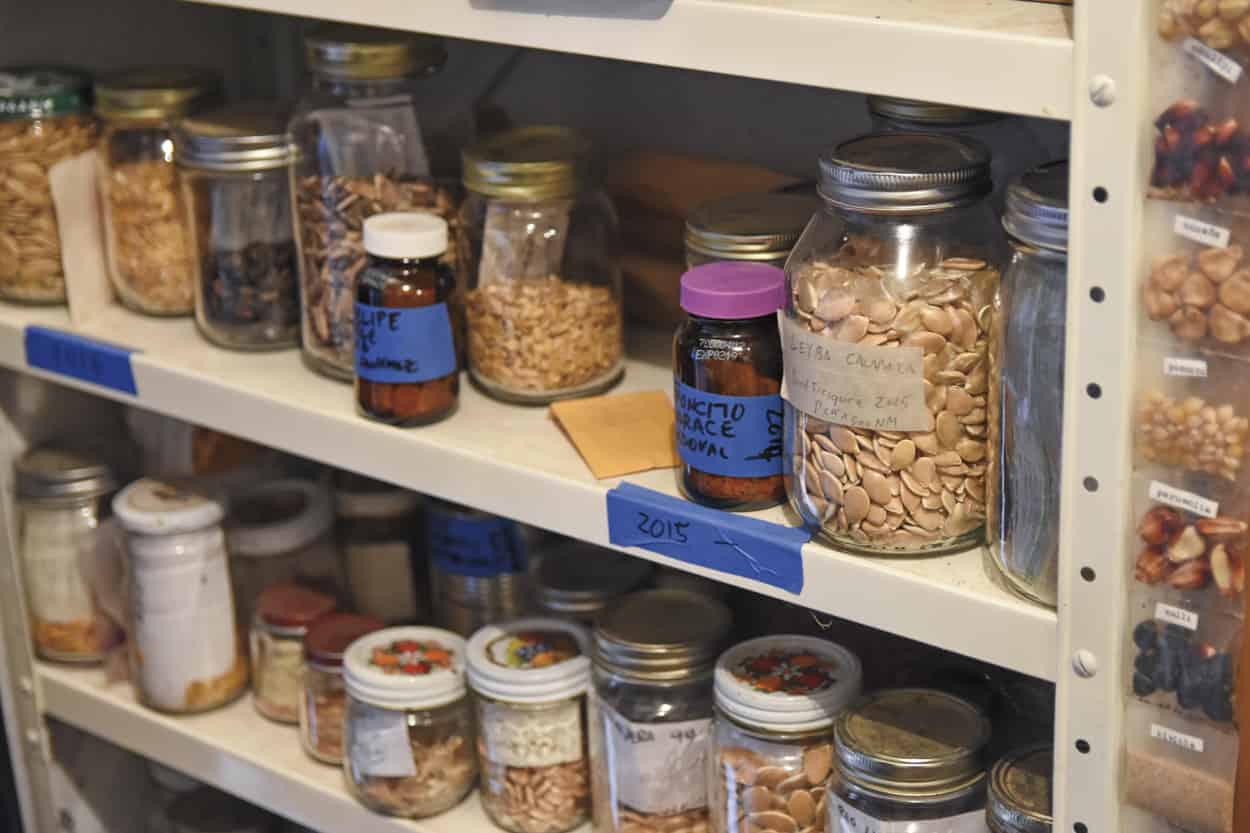 Seed banks, particularly those collected and maintained by members of Indigenous groups, represent an invaluable resource in the preservation of traditional varieties of squash. The Taos Pueblo Hubbard squash, as Suazo understands, had disappeared from its place of origin before seeds were rematriated there in 2018 by Rowen White, a Mohawk seed keeper who runs Sierra Seeds in Nevada City, California. Suazo recalls, “I didn’t even know this squash was missing. In 2018, we had all of these Indigenous people from all over the country—and some from Belize—at the Taos County Economic Development Center’s Southwest Food Summit, and we had just shared a beautiful meal together, Pueblo style. Just before we ended the day, Rowen explained her work to us, and she explained what she was doing, how she found this squash, and how her organization helped grow it out to create more seed. So she gave us a squash and a whole bag of seeds, and . . . I don’t even know how to explain it. It was very heartwarming and very emotional. I think all at once to find out that this squash was missing from our community and that it was brought back . . . it was a pretty amazing experience.” Suazo’s emotion was palpable as she recounted this experience to me. I was struck by the remarkable depth of feeling between seed keepers and the plants they know intimately, both through story and culture and the work of planting, tending, growing, harvesting, and saving seed over years. The Red Willow Center has been growing the Taos Pueblo Hubbard squash since it arrived there with Suazo, adding more seed every year to the existing seed bank.

It’s precisely this sort of influx in genetic material and diversity that growing and saving traditional and heirloom seeds encourages. In remembering his days collecting and learning from older farmers in New Mexico, Bakker also recalled their attitude toward planting. “They were not so concerned with cross-pollination. When you plant some of these native, high-elevation squashes, you get all of these different sizes and shapes. There was no real reason to have everything uniform. You know, saving seed, obviously the more diversity that’s in the seed, the stronger it is.”

Seeds move as people move, and squash is no exception. Bakker recalls collecting seeds from Pueblo farmers whose grandparents had come from other Pueblos and brought their squash with them, and inherent in this movement is the process of changing the crop. In New Mexico, lower elevations with longer, hotter growing seasons present ample opportunity for squash bugs to disrupt plantings. Many of the heirloom varieties of calabacitas (a Spanish word that can mean, variously, a dish made with squash; zucchini specifically; summer squash of any variety; or simply squash more broadly, as it has historically been used in New Mexico) found in lower elevations in the state show a marked resistance to squash bugs—though Bakker says he still finds himself in the fields in the early morning picking inert bugs off of squash plants before the heat makes the task impossible. 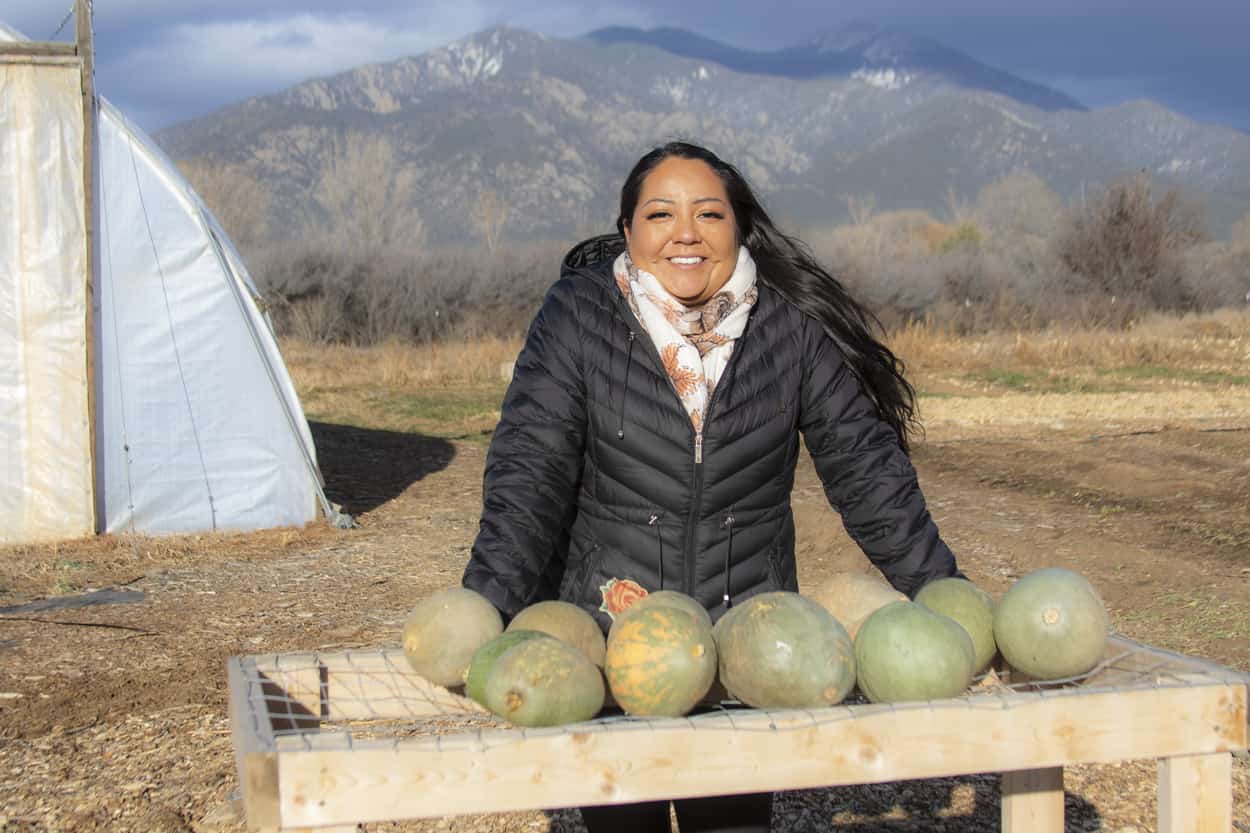 In seeds gathered from higher-elevation communities—Truchas, Trampas, Chimayó, Picuris Pueblo, Taos Pueblo—the Hubbard squash has adapted to the cold and tends to have a harder shell, sweeter flesh, and much less resistance to squash bugs. Too, the traditional varieties found in the area produce large squash, sometimes weighing as much as forty pounds. As Bakker explains, trends in sizes of squash have shifted with changes in how we source our food, and who is eating. “Things like a delicata or an acorn squash are fairly new because a couple hundred years ago, no one wanted to go through all this work planting and harvesting for a tiny squash. When you were feeding your whole family, you wanted squashes that were thirty, forty pounds, which is not unusual with the native varieties.”

Both Bakker and Suazo are also proponents of using squash in a variety of ways: baking it into bread, using it in sauces or as a base for soup, incorporating it in stir-fries—even drying and saving for use later, as Suazo tells me the Red Willow Center did with part of their harvest of Hubbard squash this year. Dried squash is added to recipes with sufficient liquid to reconstitute it, or is rehydrated before being added to a dish. Bakker recalls being in communities where those gourds that hadn’t quite reached maturity by the end of the growing season, or that hadn’t cured properly, were cut into spirals and hung to dry. These dried squash products were referred to as tasajos—tasajo being a term used in Mexico, Central, and South America for various styles of jerky or dried meat. One begins to get a sense for just how much has changed in only a few generations—family size, linguistic tendencies, food sources, growing practices, culinary preferences. The story of humans changing is the story of food changing, and, in many cases, shaping change in culture. How many of my predecessors would recognize something useful in the squash I bring home from the farmers market?

We are so bound by our foods that it can be hard to think of them as existing any way except as we know them now: as the familiar staples and ingredients that make up our gustatory lexicon. It occurs to me that, for many of us, to be alive at any given moment involves knowing very little about what it was like to be alive at any other time. I don’t mean that we lack a sense of the broad arcs, because that’s usually what historical records depict. I’m talking about the day-to-day and cyclical occurrences that underlie and guide the specifics of our lived experiences. And while we have moved, largely, from asking ourselves daily questions about what is growing and how, it seems imperative to me that there are people and places that continue to center this intimacy with the growing, changing earth and its abundance. Who knows when we might find ourselves needing a forty-pound squash again? 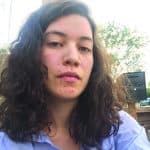 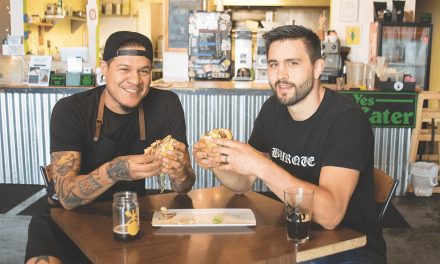 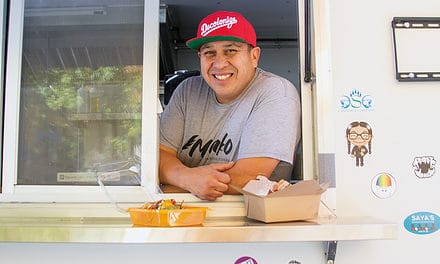