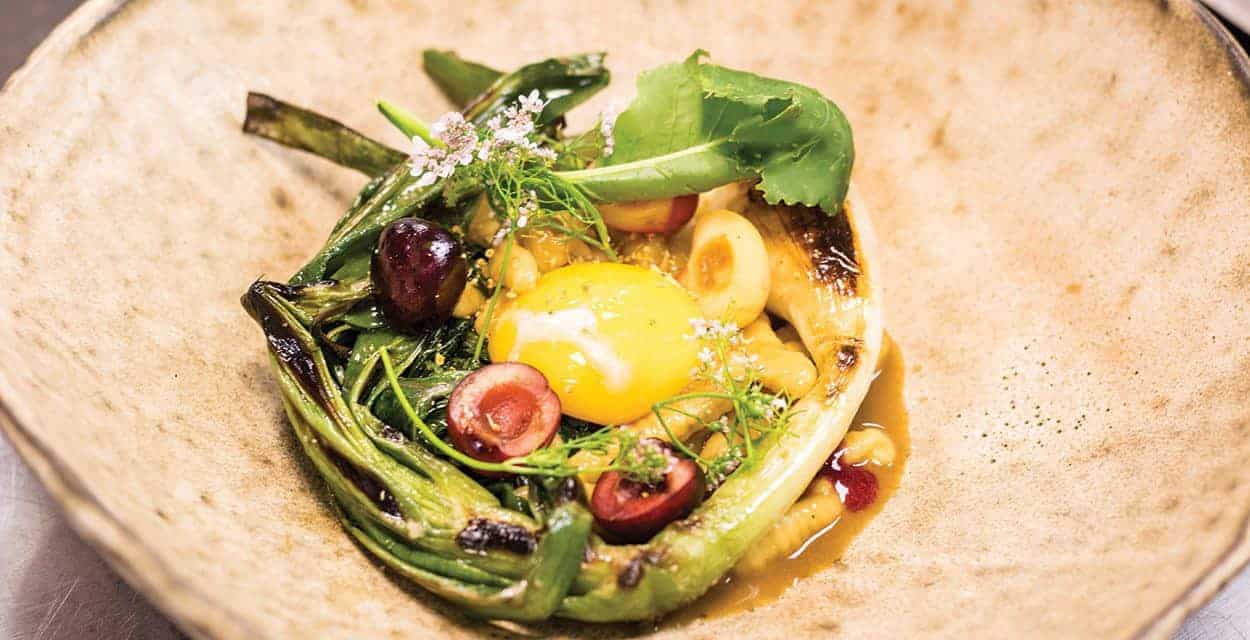 The concept of the Digging In video series is connection. Edible brings chefs to farms to talk about food at the source. By opening a dialogue between the people growing the food highlighted in each episode and the cook who uses it to create an enticing dish, new business and personal relationships form between our guests. Sharing these filmed interactions then brings viewers into that conversation, increasing awareness of both New Mexico agriculture and its presence in our unique cuisine.

Therefore, it made perfect sense to feature Nina Yozell-Epstein of Squash Blossom, a local distribution service for area farmers and chefs, on our show. Squash Blossom, like big food suppliers, offers a convenient see-click-order form for chefs to set up online accounts and get deliveries. But, unlike the corporate companies, Nina’s offerings come only from growers in northern New Mexico and therefore change weekly with the local supply. In other words, don’t go looking for the cherries featured in this episode come November. They just won’t be available. But, a whole plethora of winter veggies will be ready to fill your cornucopia. And, great news for home cooks, Squash Blossom offers a Blossom Bag, which is available for anyone to order online and choose from that week’s pick-up dates and locations.

Santa Fe’s talked-about rising star, Edgar Beas, who recently joined Rosewood Inn of the Anasazi as executive chef, is one of Squash Blossom’s newest customers. One could imagine that coming to Santa Fe from northern California might prove disappointing, once having had West Coast produce at his fingertips all year long. However, connecting with Squash Blossom gives Beas an opportunity to not only flex his culinary muscles with our regional bounty, but also introduces him to the local farming community. Moving his family here and taking on his demanding new job leaves little time for him to source from multiple local farms. Luckily, Squash Blossom facilitates the connection of many local farmers with the chefs who want to buy from them—a win-win.

In this episode, we joined Yozell-Epstein and Beas at Rancho La Jolla in Velarde. Farmer and owner Danny Farrar’s family business has been a thriving part of the tiny community for decades, and he is well versed in the area’s history. Did you know that the town is called Velarde after the postmaster’s last name, way back when? According to Farrar, the town was originally called La Jolla or “La Joya,” which means the jewel.

We had a delicious meander through Farrar’s cherry orchard, plucking crimson and golden cherries, which themselves had the brilliance of jewels. As we munched and chatted our way through the picturesque piece of land bursting with fruit and bustling workers, we learned how Squash Blossom helps create year-round revenue for an otherwise short market season. It allows farmers to do what they do best—grow stuff—rather than try to carve out time to sell to the public and market to restaurants.

Once Beas stocked his kitchen with cherries, greens, and onions from Rancho La Jolla, and fresh eggs from a nearby farm, we got to see this hotshot chef in action. Let me tell you, the food was as pleasing to the eye as it was to the palate. If I weren’t already a fan of Inn of the Anasazi, that one dish would have converted me for good. I’m sure you’re salivating to know more about it. (I would be!) But, I will leave it here to entice you to check out the video. Get to know Yozell-Epstein, Farrar, and Beas, and dig in to episode three as we explore the advantages for chefs and farmers to work with a local distributor such as Squash Blossom. 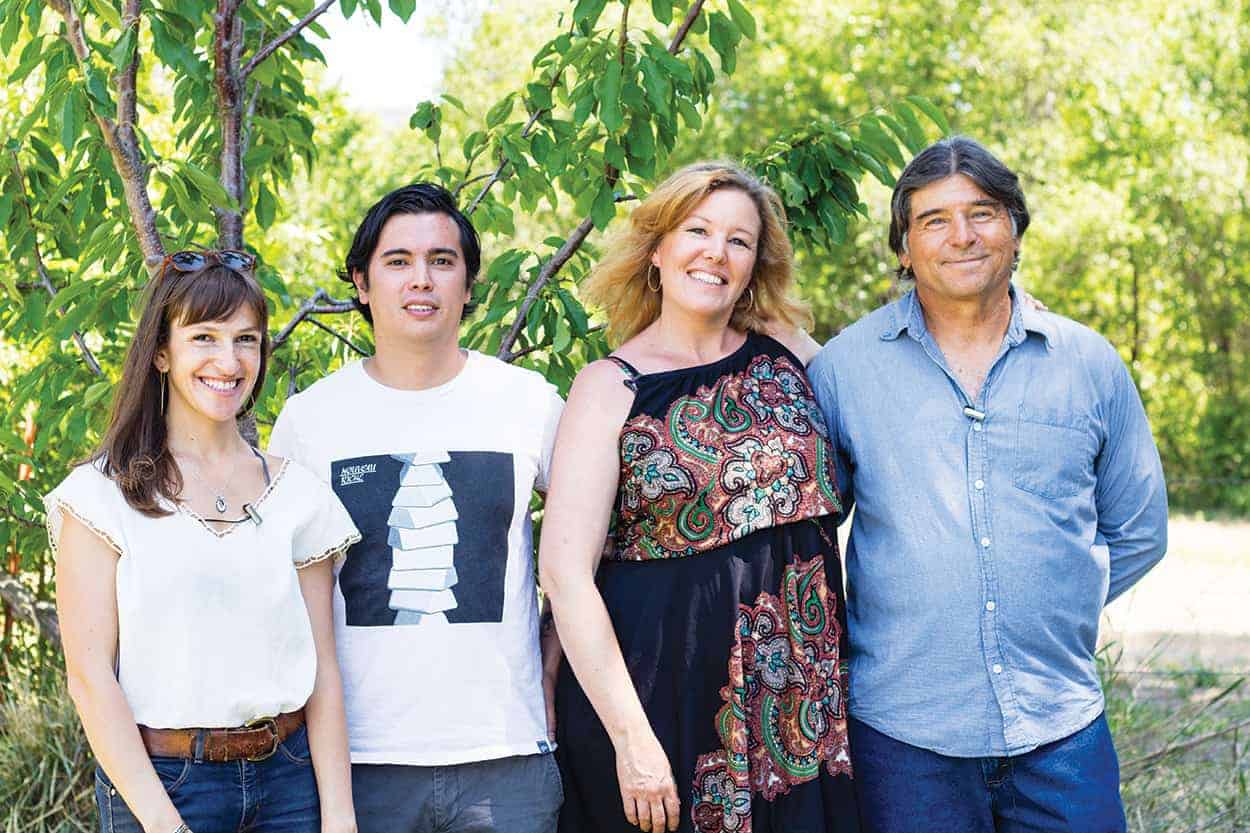 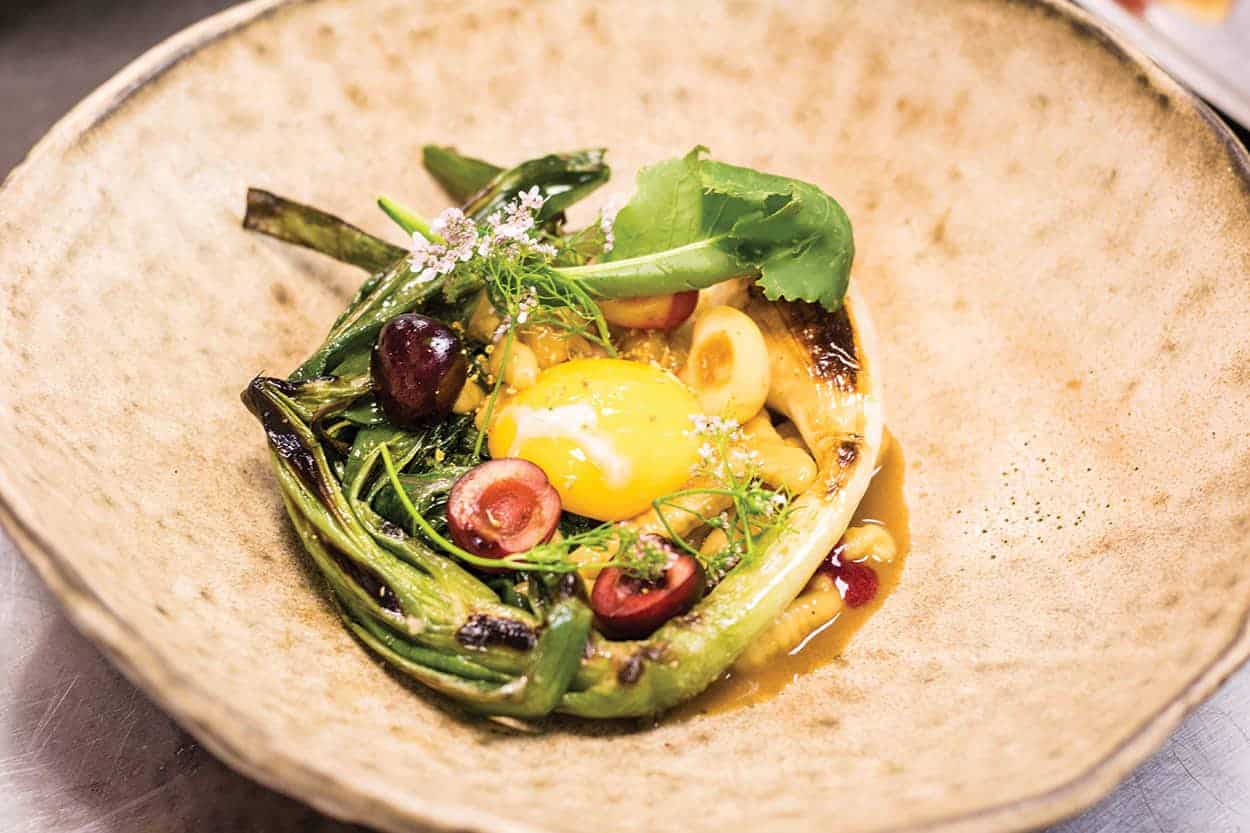 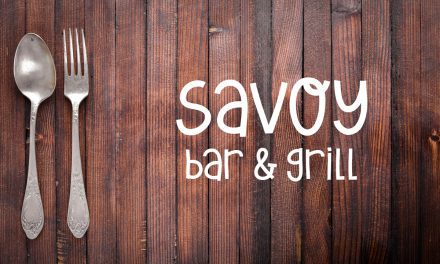 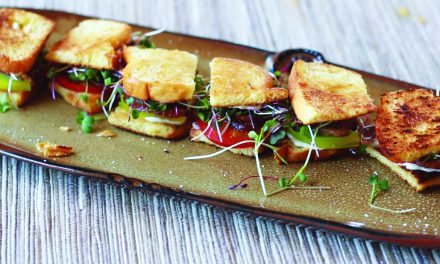 Digging In with Chef Rocky Durham and Vivac Winery 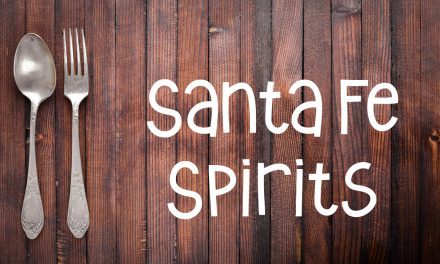 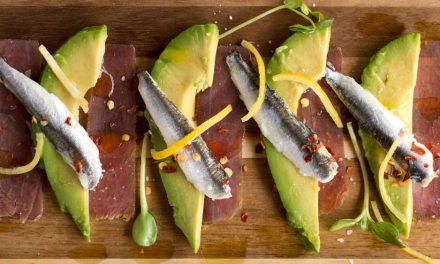