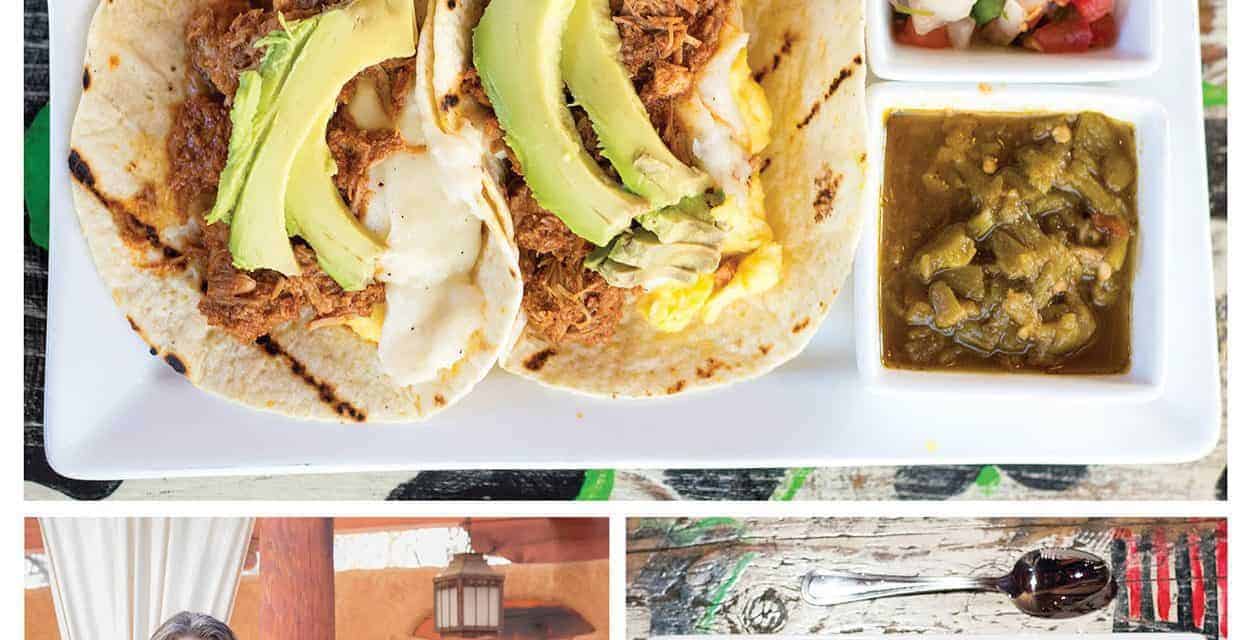 Farm and Table Keeps it Fresh 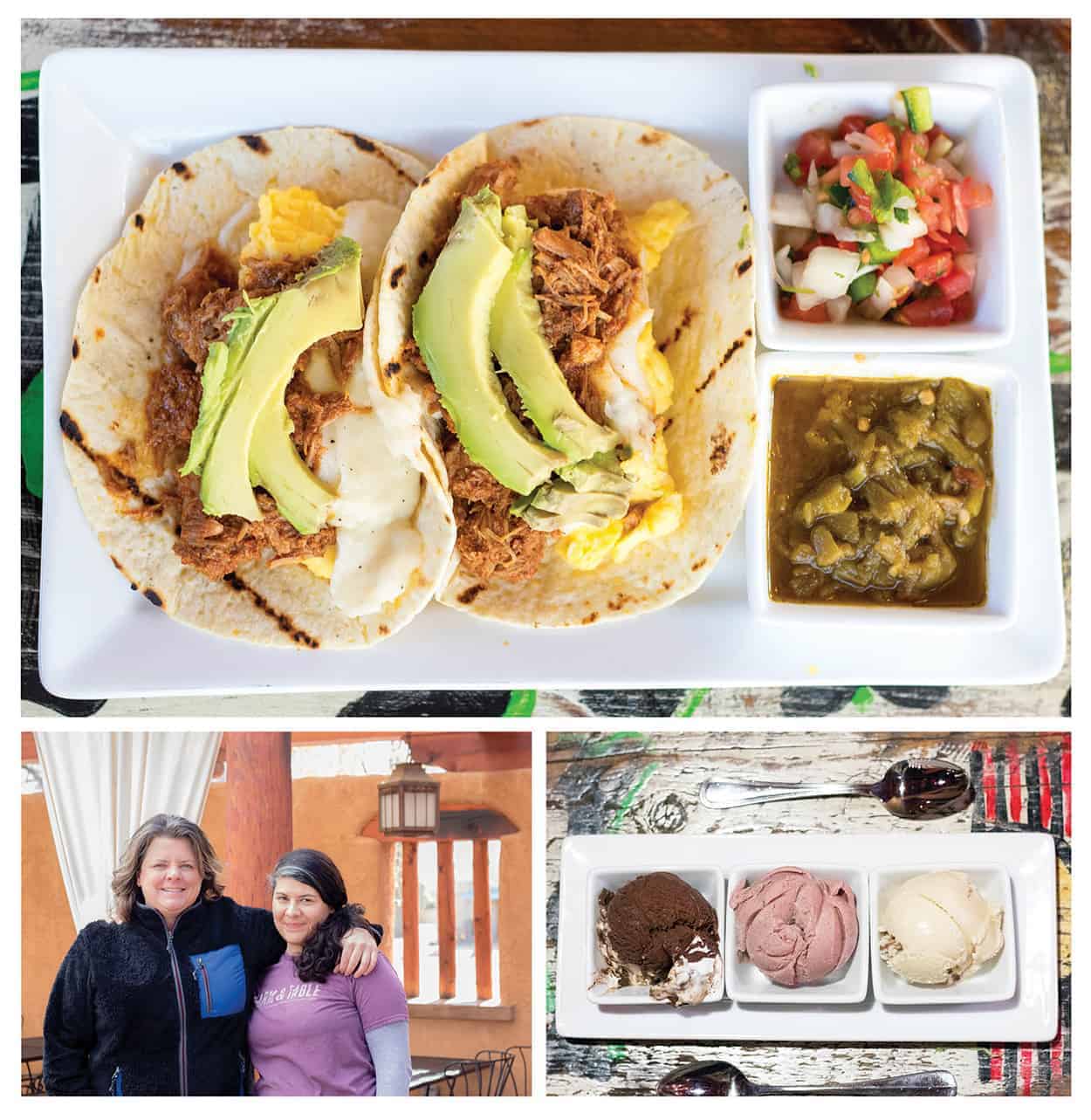 On any given weekend morning, you will find the dining room and patio at Albuquerque’s Farm & Table seated to capacity. Flaky biscuits smothered in green chile sausage gravy are set next to platters of freshly baked sticky buns and heavenly clouds of brioche French toast and whipped cream. Guests sip mimosas while gazing out onto the restaurant’s resident farm, Sol Harvest. The scene is bucolic and elegant, relaxing yet lively. “Brunch has become an enormous part of our identity,” says Carrie Eagle, Farm & Table’s executive chef. “We can have the same number of guests in two days of brunch as we do in four nights of dinner.”

Farm & Table’s brunch menu, like their dinner fare, changes regularly, sometimes daily, to accommodate whatever fruits, vegetables, and foraged finds local farmers bring to the kitchen’s back door. The restaurant boasts that eighty percent of its ingredients—produce, meat, eggs, dairy, flour—at any time are local. Understandably, Eagle finds this commitment both inspiring and challenging. “There’s a lot of math involved with my job,” Eagle says. “When you’re dealing with big-volume farms or food-delivery companies you can make one call and order twenty-five pounds of chard. But when you’re working with dozens of small local farms, you might get eight pounds from Sol Harvest before they’re tapped out, then you need ten from Chispas Farm, and another five from Vida Verde,” Eagle explains. “Then, if there’s a hard frost, there might not be any chard at all, and you have to totally rethink that week’s menu. But that’s at the heart of what we do: we are creative, resourceful, and we represent what New Mexico has to offer.”

Eagle’s right-hand woman at Farm & Table is baker and pastry chef Tracy Johnson. Johnson grew up cooking northern New Mexican cuisine with her mother and grandmother, and Eagle will often consult her on regional dishes. “I taught Chef my family’s red chile recipe (you’ve got to roast your dried chile pods slightly before you blend),” says Johnson, “and if Chef is trying to figure something out, she’ll ask, ‘What would your mom do?’” Eagle says Johnson’s culinary heritage is why Farm & Table has the “best biscochitos in town.” She divulges, “Adding some liqueur makes them unbelievably flaky and crisp.” While Eagle designs Farm & Table’s much celebrated brunch and dinner menus, Johnson’s pastry, bread, and dessert creations can be real show-stoppers (think prickly pear cream puffs and pumpkin cheesecake). Her personal favorite is her Burqueño Road ice cream, which features house-made marshmallow fluff, chocolate, red chile caramel, and piñons. Like Eagle, Johnson must work within the confines of what is local, seasonal, and available. “We had a bumper year for stone fruit, which was great,” says Johnson. “But Chef and I were both hurting for winter squash, which failed all over the city.”

Both chefs took a non-traditional path into fine dining. Eagle had a career in early childhood education before entering the restaurant world as a busser. By age twenty-seven, she had helped start JC’s New York Pizza Department in Albuquerque. With no formal training, she began to work her way up the culinary ladder, eventually managing and cooking for some of the finest establishments in town: Savoy, Taste Catering, Desert Fish, Hotel Andaluz. Before joining Farm & Table in 2015, she headed Colorado’s Dunton Hot Springs Resort restaurant, but she found herself missing New Mexico and looking for a certain type of professional dynamic. “I turned down other job offers so I could work in a team environment [at Farm & Table],” says Eagle. Johnson was an art studio major at UNM before joining CNM’s culinary program. Johnson says baking is able to scratch her artistic itch, while being a more reliable profession than fine art. 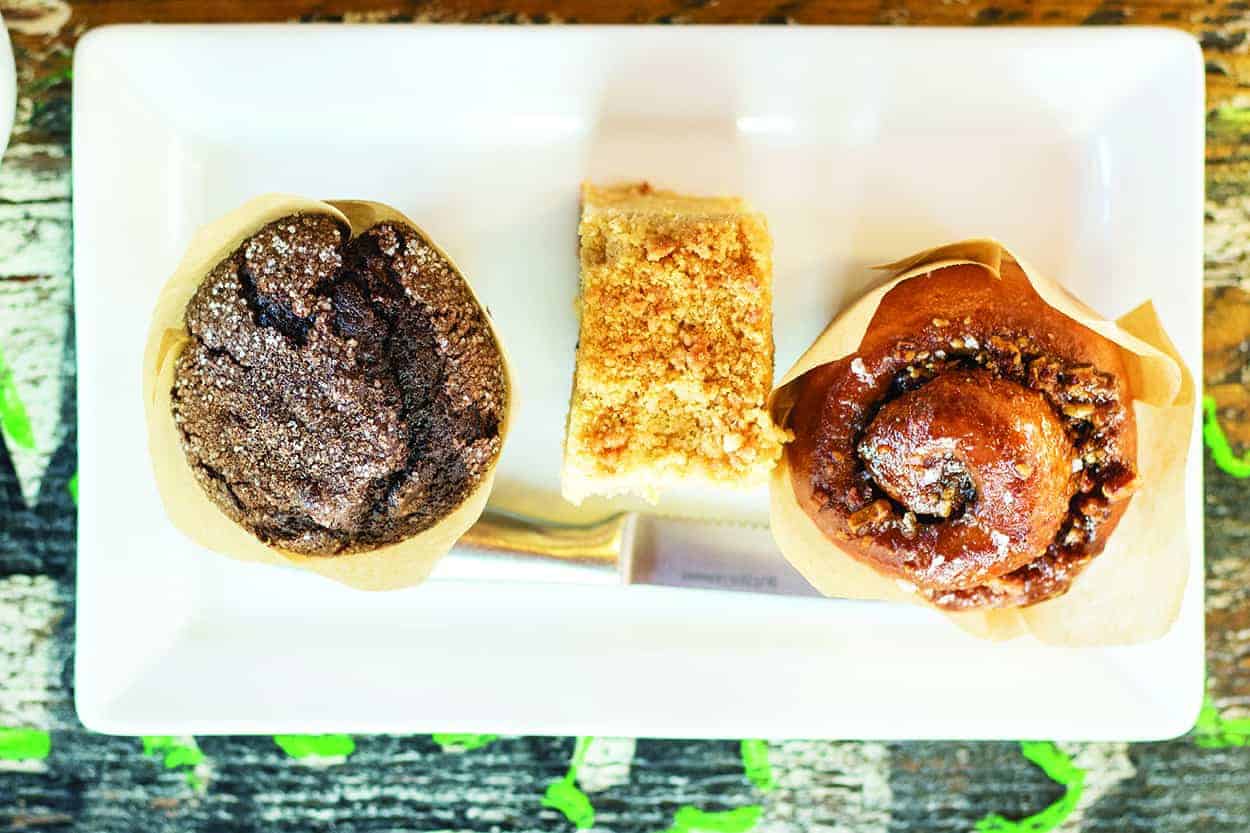 Johnson’s been at Farm & Table from nearly its beginning in 2012, and says what keeps her there is the creative collaboration and camaraderie she experiences with Eagle, owner Cherie Montoya, and the rest of their team—including talented sous chefs Gabe Perez and Melanie Sanchez, who execute the brunch shifts. Having an educational component for her staff is important to Eagle. “If the kitchen is excited, that energy yields a better plate of food. That’s why your grandma’s food always tastes so good. It comes from love,” she says. Johnson concurs, “I’ve never worked in a place where people honestly care so much about each other. There’s a real sense of family.”

Eagle and Johnson’s humble, no-nonsense demeanors stand in contrast to many other chefs who wear their egos on their coat sleeves. I ask if they think Farm & Table’s supportive culture has anything to do with having a female-headed kitchen in a restaurant owned by a woman. “I think you could say at Farm & Table there’s an element of women empowering women, but really it’s people empowering people.” When I ask if they’ve experienced discrimination in this male-dominated field, Johnson tells me a couple unpleasant anecdotes, and says that’s one of the reasons she loves this kitchen so much: “Everyone here focuses on work ethic and talent.” Eagle shrugs and says she doesn’t really like the question because “I don’t have a chip on my shoulder about it.” But she admits, “Sure, coming up I experienced resentment from guys who didn’t want to be shown up by a ‘girl.’ But I didn’t get hung up on that. I’ve proved myself.”

Supporting each other and the food community at large are central to Farm & Table’s values. Despite the “unending parade of obstacles” Eagle experiences juggling dozens of local food producers and an ever-changing menu, she says it’s all worth it. “You can’t beat local quality. Serving tomatoes still warm from the sun, greens that have never seen the inside of a refrigerator…I want the best possible experience for my guests.” You can certainly taste that sentiment on the plate, any time of day. 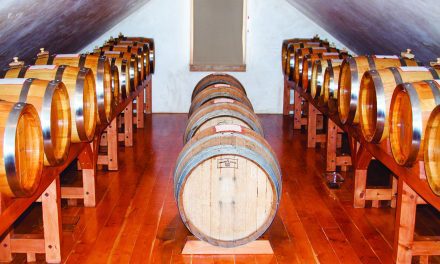 A Taste of Love and Laughter: Aceto Balsamico of Monticello 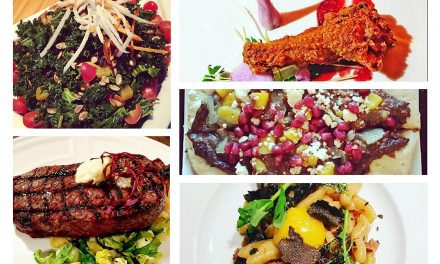