Making Friends through It All

Words and Photos by Marisa Thompson 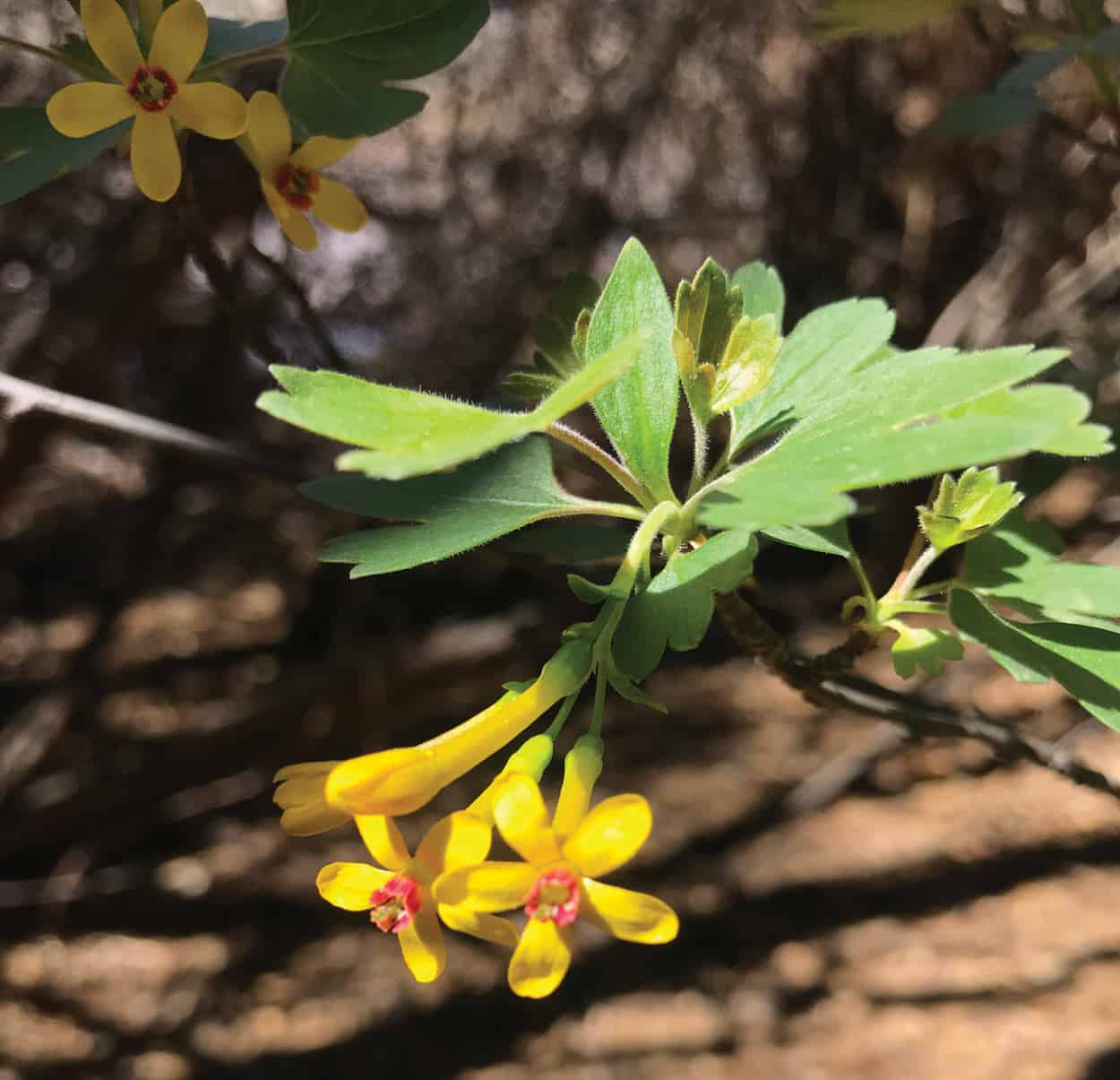 Golden currants in the spring.

When I moved to Los Lunas, a gardener told me that I’ll know when to put my hummingbird feeders out when the golden currants are in bloom in the bosque. I didn’t have much experience with this shrub, Ribes aureum, at the time, but I remembered that a mentor of mine had recommended it as an easy, nearly unkillable, top-pick fruiting plant for New Mexico gardens. The following spring, I visited the trails in Los Lunas at Riverside Park, looking for this flowering shrub, in hopes that it would somehow make me a better birder and help me fill my little yard with hummingbirds.

In that first week of April 2019, nearby apple trees were coated in blooms, but most of the species along the river hadn’t leafed out yet—except for the golden currants. I’ve learned that as your eyes adjust to the dappled bosque shade, it becomes easier to pick out the golden currant shrubs. Their leaves, like little green hands, seem to wave hello as though they’re welcoming in the spring. Before meandering too long along on the river trail, you’ll see small, yellow, trumpet-shaped flowers. Sunbeams help. You’ll know them when you see them; it’s like meeting a long-lost friend.

Large portions of the Rio Grande bosque flooded that summer. In the first days, it was exciting, but as the weeks went on, I wondered when I should start to worry. Sure, wet feet tolerance is an adaptation the native bosque flora have been developing for eons. But roots need oxygen as much as they need water. How long could they last?

In mid-July, the river ebbed and the ground dried enough for me to get back in there and investigate. Washed-up branches and mucky debris had piled up against the huge cottonwood trunks and obliterated the trail. Most of the shrubs and forbs were completely denuded of leaves. Without their signature green leaves or yellow flowers, I wasn’t sure I’d be able to locate the golden currants. I didn’t know that I was looking for the wrong colors until bits of bright red foliage flashed from across the mud-scape. Golden currant leaves turn beautiful colors in the fall, when the leaves are senescing—and also in response to a stress event, like prolonged flooding.

The black berries of golden currents (and other Ribes species) are delicious, but they usually ripen in late June, early July—when the shrubs that year were submerged in water. I was so glad the shrubs survived the flood that I didn’t even miss the fruit. As I revisited again and again through the end of that growing season and into the next, I looked forward to the warm feeling of reconnection. 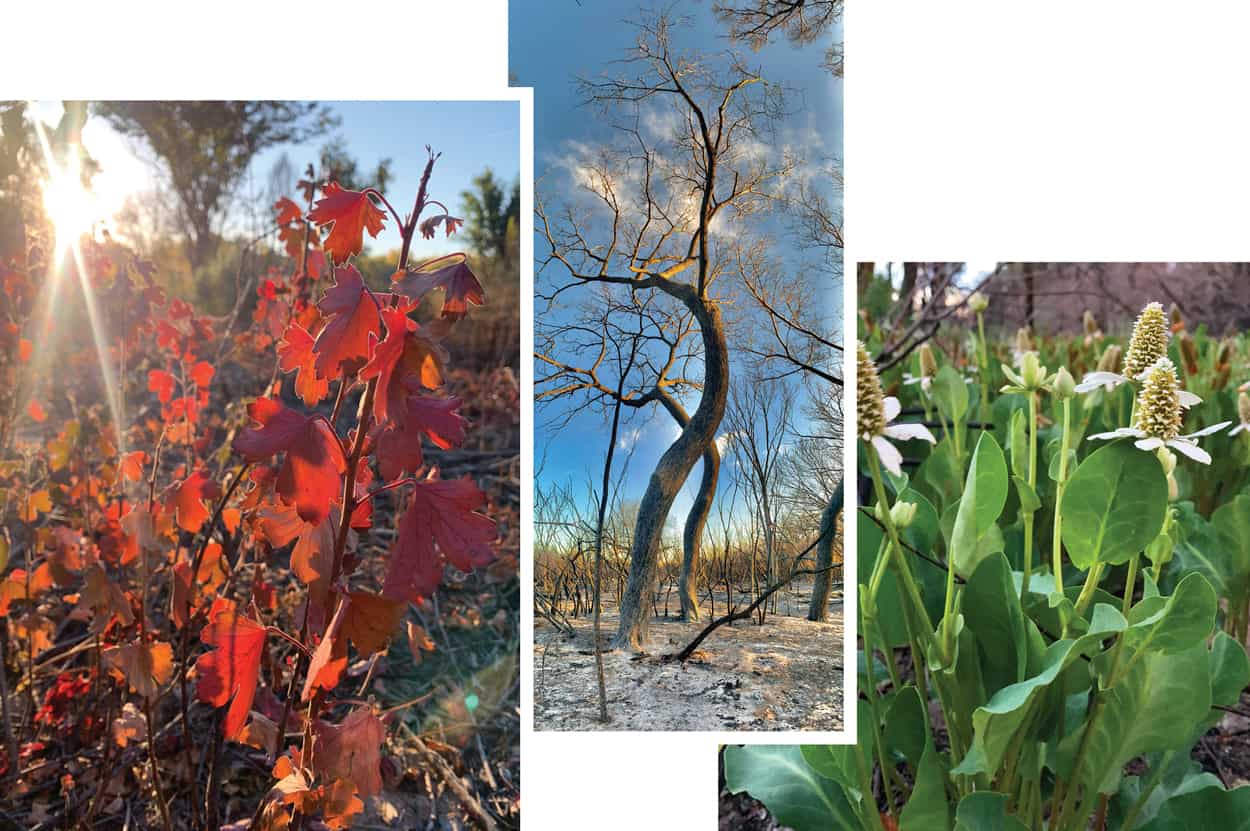 On April 2, 2021, a fire in the bosque burned about twenty-four acres near that same part of Riverside Park. It felt silly to be worried about a few shrubs when huge trees and adjacent farmhouses and firefighters were also at risk. Indeed, we were all lucky and grateful that firefighters were able to put it out before the fire got too big.

Three days later, I walked up to the trailhead, and from there it looked like nothing had happened at all. I compared that experience to visiting after the flood in 2019, and a wash of relief came over me: the trail looked more like its usual self than I could have imagined. I practically skipped down the path to shake hands with those cute shrubs. Along the way, I was happy to see other species living the dream, uninterrupted: indigenous cottonwoods, annual sunflowers, coyote willows, woodbine vines, false indigo bush. The invasive species were still there as well; I knew I had been really worried when the cockleburs made me giggle and I practically hugged a salt cedar. The invasive plants were welcome proof that things were normal. Everything was going to be okay.

About five minutes down the winding path, though, the thick forest halted abruptly. I’d found the edge of the burn scar, and I gasped. The difference between the familiar woods behind me and the barren, ashy, unrecognizable wasteland in front of me was disorienting.

It wasn’t until I saw the lone branch at the very edgy edge of the untouched forest, covered with cheery green leaves and overly exuberant golden flowers, that I teared up. Through blurry eyes, I started madly taking photos, and as my sight and mind adjusted, I noticed here and there, poking up through the thick white ashes, little sticks of golden currents. They were bare, but there.

Not wanting to miss any new developments, I visited the burn scar as often as I could last summer. Knowing the pluck of invasive species, I expected to see them thriving and even overtaking the site, but the currants, willows, woodbines, and other native plants that kept popping up lifted my spirits.

A few weeks later, I came across a huge swath of yerba mansa regrowth carpeting the forest floor between blackened trunks. Can you imagine my delight? Yerba mansa is famous for its medicinal properties, but that’s not its whole story: this plant forges friendships with ease. Perhaps you’ve seen a person’s eyes light up at its mention. Dara Saville, founder and director of the Yerba Mansa Project, relates: “With crisp blue skies overhead and the striking Sandia Mountains dominating the background, I enter the Rio Grande bosque seeking my old friend yerba mansa (Anemopsis californica).”

A necessary ingredient in making friends is shared memories. The whir of hummingbird wings. The fear of flood and fire. The boldness of seedlings and regrowth emerging through ash. The hope of newly opened flowers. The taste of currants, freshly picked from shrubs you thought you’d lost forever. 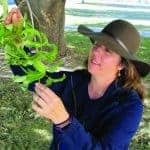 Marisa Thompson is New Mexico State University's Extension Urban Horticulture Specialist, responsible for active extension and research programs supporting sustainable horticulture in New Mexico. In addition to studying landscape mulches and tomatoes, her research interests include abiotic plant stressors like wind, cold, heat, drought, and soil compaction. She writes a weekly gardening column, Southwest Yard & Garden, which is published in newspapers and magazines across the state and on her blog. Find her on social media @NMdesertblooms. 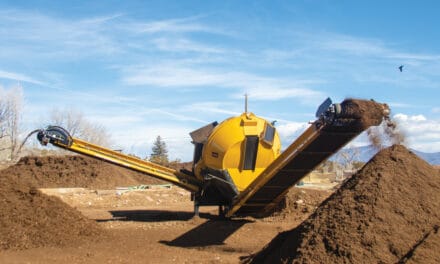 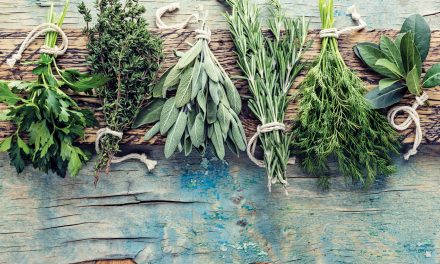 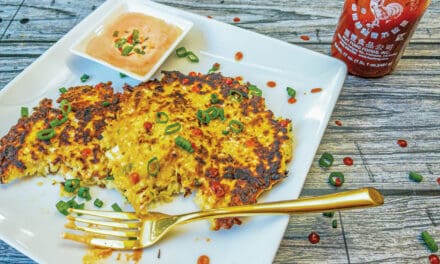 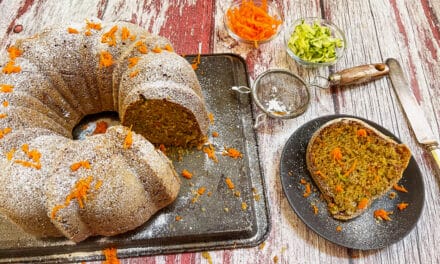