For Josh Kennon, owner and executive chef of Fork & Fig, opening up an enchiladas restaurant means going back to his roots. The Deming native grew up with enchiladas as a regular feature on the dinner table, and his love of the dish hasn’t faded in the intervening years. At The Jealous Fork, his new restaurant, Kennon lets customers choose between a lot more than just “red or green.”

Located next door to Fork & Fig at Louisiana and Menaul in Albuquerque, The Jealous Fork opened its doors in October. “I was out visiting in Phoenix and I just came across a few places that gave me some ideas for grab-and-go enchiladas. I mean, New Mexico is known for enchiladas, so why not improve the wheel, if you will?” says Kennon of his inspiration for the new restaurant.

After going to culinary school in Phoenix and living there for ten years, he’s definitely grown to appreciate the subtle differences between Mexican food in New Mexico and Mexican food in Arizona. “Mexican food is much more Mexican and a lot less green chile out there,” he says. At The Jealous Fork, his take on enchiladas meets somewhere in the middle, with options like tomatillo chile and queso Oaxaca pointing more toward southern Mexico, while the red chile pork posole and the green chile from Young Guns Produce in Hatch are decidedly local. 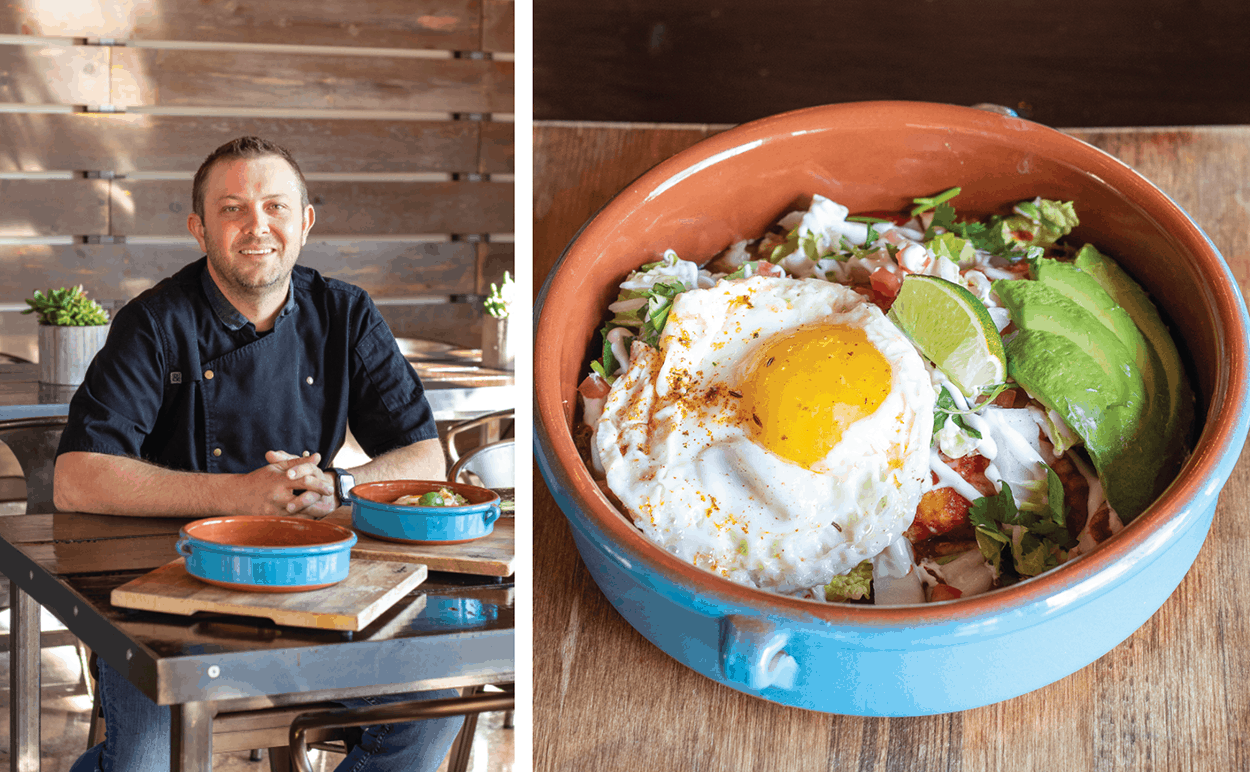 The Jealous Fork lets diners fully customize their enchiladas, from the wrap to the filling to the sauce and cheese on top. One can go the traditional route and get corn tortillas with chicken inside and green chile on top, or try something a little different, like brisket enchiladas wrapped in a flour-and-corn tortilla, topped with tomatillo chile. For vegans, there’s a wild mushroom filling, and there’s an option to wrap your enchilada in a roasted poblano instead of a tortilla, skipping the carbs. “People are really gravitating toward the brisket, and the poblano wrap, too,” says Chef Daniel Melendez, who’s now running The Jealous Fork kitchen after working at Fork & Fig for several years. Their pork, which they braise for eight hours, is quickly becoming another favorite.

Though the restaurant doesn’t serve spirits, their location right next to Broken Trail Distillery is ideal for both businesses. “We’re all symbiotic,” Kennon says. “Fork & Fig has full service and it’s counter service [at The Jealous Fork], so we have pagers that will page the guests to come pick up their food and take it over [to Broken Trail].” The Jealous Fork is in the process of getting its beer and wine license, but in the meantime they’re serving up aguas frescas and Mexican sodas.

Another menu item worth a try is their wafer waffles, a dessert courtesy of a waffle iron that Kennon got when his family owned a Dairy Queen. Instead of churning out ice cream cones, it’s now making thin waffles that Kennon layers with mascarpone and cream cheese, then drizzles with strawberry coulis, chocolate sauce, and crumbled Oreos.

The Jealous Fork isn’t Kennon’s only new venture in the works. He’s got plans to open up two stalls in the upcoming Highland Central Market, a food hall currently being built across the street from Presbyterian Hospital on Central. This new market, scheduled to open next summer, will include a butcher, a fishmonger, a baker, and several restaurant stalls—including Little Fig, Kennon’s scaled-down version of Fork & Fig, and another Jealous Fork location. “It’s a perfect area where they’re doing it, right across from Presbyterian,” Kennon says—not to mention it’s within reach of Downtown and Lovelace, and not far from UNM and CNM. This food hall concept, which has recent examples in Portland, Austin, Chicago, and other cities, holds exciting potential for Albuquerque foodies.

When asked if he has considered expanding even more in the coming years, Kennon says, “I’d like to get both [Fork & Fig and The Jealous Fork] into airports. I figure if you can make it here in this airport, you can probably make it in any airport, period. It’s a tough market.” But with Kennon’s track record and ambition, breaking into new markets might not be so difficult after all. 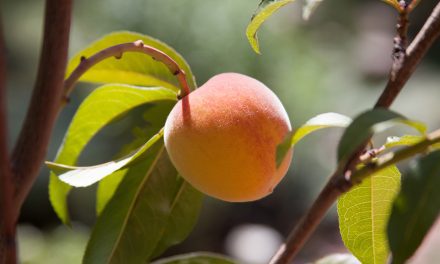