Something Special in Las Vegas 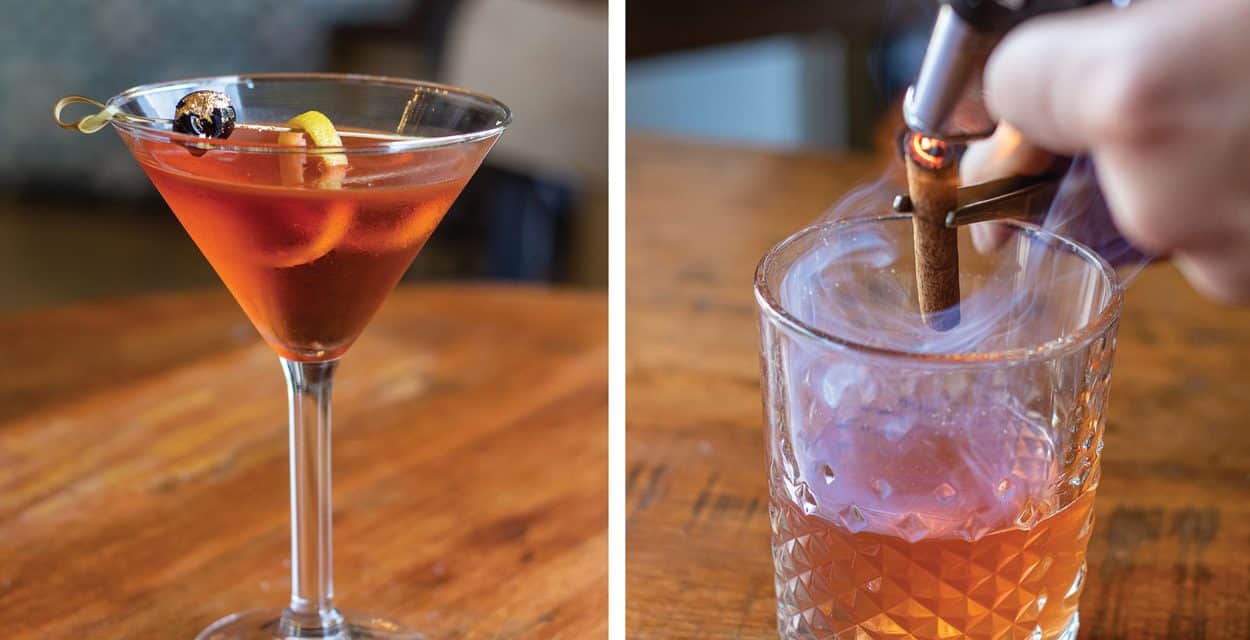 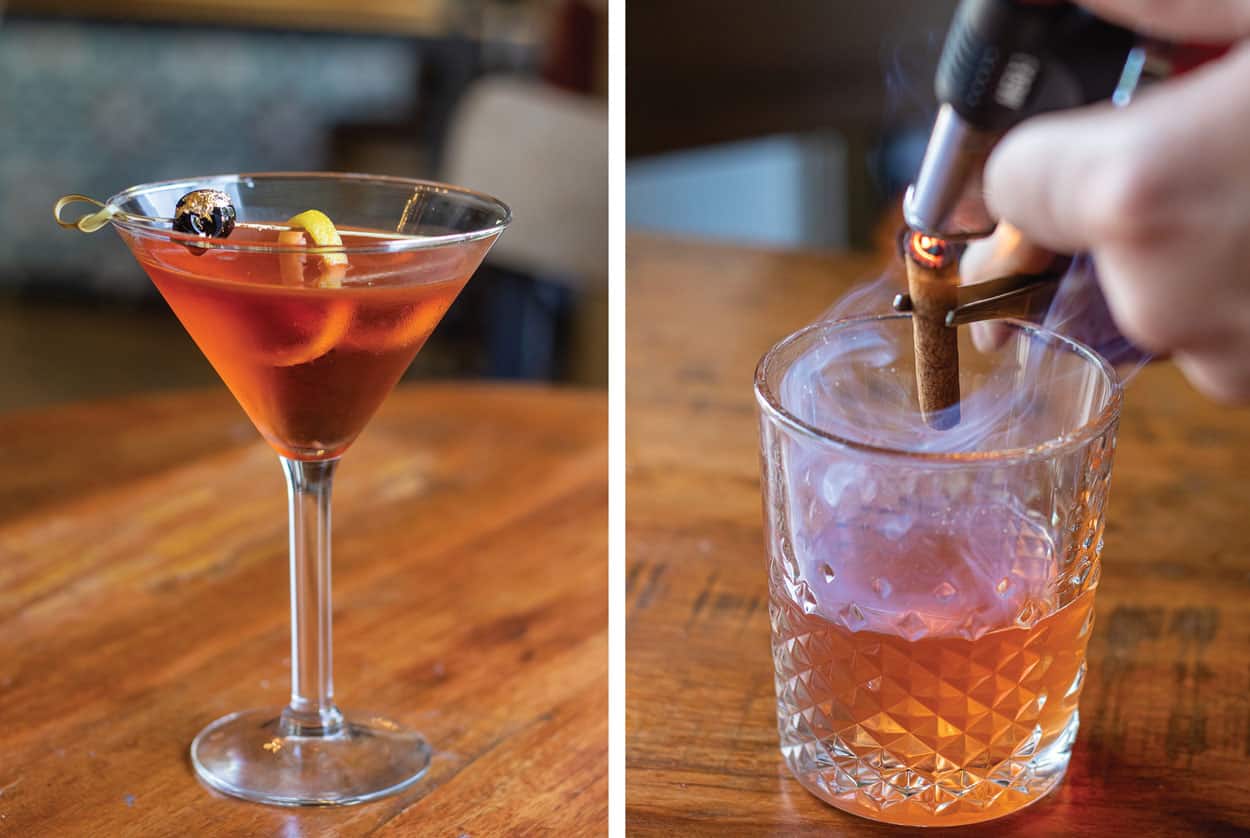 Left: The Chupacabra Mescal Martini.
Right: Cinnamon stick being smoked and dropped into the Byron T. Photos by Stephanie Cameron.

Las Vegas is a tough old town. It doesn’t have the bright lights of its Nevada namesake. It doesn’t have the droves of tourists, the party appeal, or the spectacle. What it does have is nationally registered historic architecture, its Old West legacy, and the surrounding natural landscape with its new gloomy awe in the wake of the Calf Canyon / Hermit’s Peak Fire. There’s the Gallinas River Walk, a drive-in movie theater outside of town, and the Plaza. For those passing through, Las Vegas can be a quick trip through time, a tour of locations from favorite television shows and Hollywood movies, enough to keep busy for a charming weekend. But for those from here, particularly those with deep roots to the community and people, the sense of home is strong.

Sara Jo Mathews and Ryan Snyder, owners of the Prairie Hill Café and Byron T’s Saloon at the Plaza Hotel, are native Las Vegans with generational ties to the community. Both started their restaurant careers in their teens at the Plaza Hotel, though at different times. Both left Las Vegas—Sara Jo went off to college and worked at different restaurants throughout New Mexico; Ryan did the same, but throughout Alaska, Colorado, and California. Both returned home, staking their claim where they grew up.

At twenty-seven years old, Sara Jo opened Borracho’s Craft Booze and Brews on Las Vegas’s historic Bridge Street and enjoyed a four-and-a-half year run until the pandemic shuttered business. “It was pivotal,” Sara Jo says. “We had the opportunity to get out of the business or dig deeper. We dug deeper.” Not long after closing Borracho’s, Sara Jo organized a volunteer coalition consisting primarily of friends—the Vegabonds, they called themselves—and used her time and space to help distribute over $40,000 worth of food to disabled, elderly, and homebound people in the community. And then, amid the pandemic, Sara Jo and Ryan launched Prairie Hill and Byron T’s. “The world was upside down,” recounts Sara Jo. “It was a very unfriendly time for new businesses in Las Vegas, restaurants in particular, but we did it anyway.”

Housed on the first floor of the historic Plaza Hotel, the Prairie Hill Café and Byron T’s Saloon opened on the Fourth of July in 2021, with a menu centered on Southwestern comfort food with northern New Mexican flavors. Their beef is from Mathews Land & Cattle, Sara Jo’s family beef program operating from their 125-year-old ranch outside Las Vegas. On the menu, local food traditions and histories converge. There’re the Biscuits Rancheros with creamy gringo green or rojo bechamel. The humble Wid Slick breakfast, named after a local legend and past renovator of the Plaza Hotel, has eggs, herb-roasted papas, and sausage or bacon. There are nods to neighboring localities and regional classics, like the Santa Fe Yuppie Crunch salad—with brussels sprouts, cardamom-candied piñon, house-pickled watermelon radishes, a champagne-rose vinaigrette, and rose petals—and a Hatch Cowboy Burger with batter-fried onions and bacon. There are also options with a more European influence, like This Little Figgy, a prosciutto sandwich with fig jam, gruyère, and swiss cheese on panini-
pressed sourdough and served with truffle fries.

Across the lobby, Byron T’s Saloon, named after a former owner of the Plaza Hotel who’s said to haunt room 310, serves quality drinks in the spirit of Sara Jo’s beloved Borracho’s and extends into the Ilfeld ballroom, a venue for live music, dancing, and, occasionally, karaoke. There’s a patio area overlooking Plaza Park, and in the lobby there’s a coffee shop that offers fresh-squeezed juice and Prairie Hill’s house-made breads and pastries.

Sara Jo credits her great-grandmother Essie Mathews for sparking her lifelong passion for food and cooking. A student from one of the first graduating classes at what is now New Mexico Highlands University, Essie was a home economics teacher who worked with other local rancher women to put together cookbooks. Sara Jo remembers baking with Essie as early as the age of three and listening to her big-fish tall tales about cooking on the cattle trails. “So many beans they had to be cooked in a bathtub,” Sara Jo recalls. From her family, she learned cooking for other people is a way to show your love. “We don’t know how to not make extravagant, decadent food,” Sara Jo says. “My dad thinks it’s normal to make prime rib on a Tuesday night.”

It’s said that a restaurant’s first year is its toughest. For Sara Jo and Ryan, there have been months of major public construction along the surrounding Plaza and Bridge Street business corridor, as well as the lasting and wide-ranging effects of the pandemic. Then the Calf Canyon / Hermit’s Peak wildfire, the largest in state history. Prairie Hill Café was one of the many restaurants that closed temporarily when the wildfire neared the edge of town. It was also one of the many restaurants to partner with World Central Kitchen to provide hot meals to evacuees and first responders. “Every single restaurant gave something,” says Sara Jo. “Even in the face of catastrophe, it’s the spirit of the community.”

Sara Jo and Ryan don’t seem too surprised to be back in town and at the Plaza Hotel where they started in the industry almost twenty years ago. There’s a lot in Las Vegas to be proud of and to work for. “If we stop investing in our community when things get tough, there will be nothing left. The culture, the history, the food, and the talent in Las Vegas is worth showcasing,” Sara Jo says. “There’s something special about this place. It has its own energy. It draws you back.” 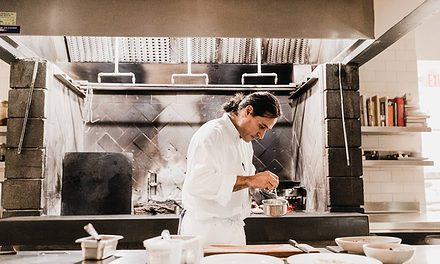 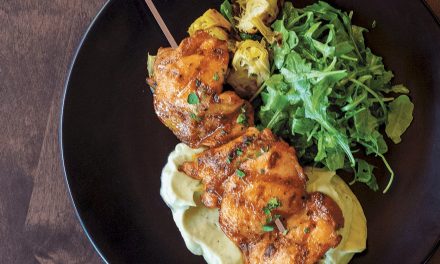 Eight Around the State: Counter Service 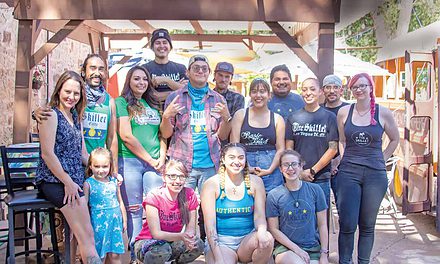 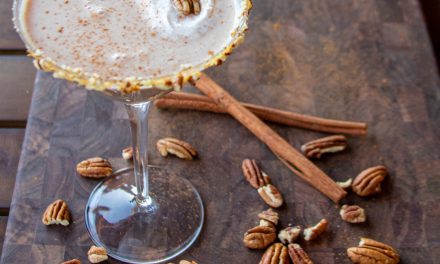