As the Ides of March passed, Israel Rivera, chef and owner of The Shop, had great cause for concern. It looked as if it were only a matter of time before coronavirus regulations might force him to shut down his restaurant. Then he would be stuck with bills to pay and no revenue. Worse yet, he had little faith that any governmental entity would come through with relief payments.

Rivera wasn’t sure where to turn for help. He kept an eye on other restaurants around the country and thought he might have to follow their example and shutter. In that case, The Shop would cook through the food on hand and then close to wait out the tough times. They didn’t know what else to do. “When this whole thing started, we felt like we had no guidance. Nobody was telling us what to do or telling us the safest way to go about stuff.”

Several days before New Mexico state guidelines shut down restaurants, The Shop converted to a to-go business. Rivera figured they might serve an abridged version of their full menu of Mexican, New Mexican, and broadly American-inspired favorites. “If we can make just enough money to cover [the bills] and keep one or two employees on, we’ll be good,” he said he was thinking. No one really knew if this plan would work, and if it did, for how long.

Rivera decided to take to Instagram and Facebook to open a dialog with clients and fellow restaurateurs. If there wasn’t to be an official game plan for the pandemic, maybe Rivera and the community could craft their own. “When the whole pandemic started, I posted what we’re doing and what we were thinking, mostly to try to get a feel for what other business owners were doing. I wanted my friends who have restaurants, my friends who have small businesses to reach out to me,” said Rivera. At the very least, The Shop could give people something to see. Knowing that people were at home staring at their phones all day, Rivera said to himself, “Might as well push some pictures out.” Not only did he post pictures of food, but also photos of staff members wearing shirts that read “Essential AF.”

From early on, Rivera used social media to ask customers what they wanted. Many seemed reticent to go to the grocery store, so The Shop started to sell some bulk foods. He found that his customers had an appetite for The Shop’s jam, pickles, stock, and chile. At first, they only sold prepared foods directly, but now they’ve partnered with Vida Verde Farms to include these items in the farm’s community supported agriculture (CSA) program. 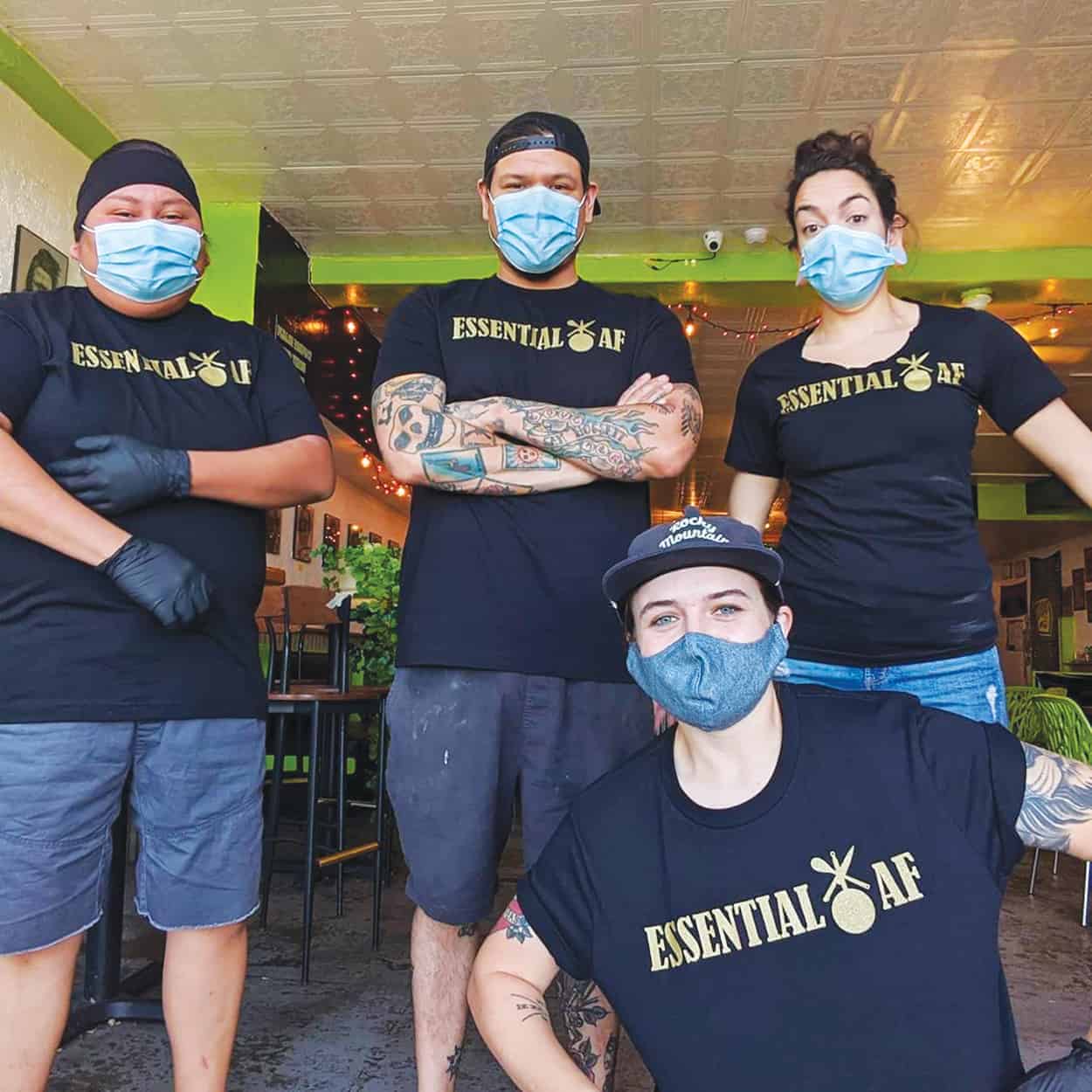 Not all of The Shop’s posts bring humor, suggestions, or cheeseburger profiles. Rivera sees the medium as a venue for many forms of  honesty, and in his intimate, sincere short videos he tells his followers exactly what The Shop plans to do on many days and how he’s feeling. “It’s really important to share the bad with the good. Not every day is great, and we’re all just trying to figure it out,” said Rivera.

Because they have taken no monetary assistance, Rivera also uses Instragram to make it clear to customers what their patronage means. “I want our customers to know that they’re the ones who are keeping us open. We’re not getting any help,” he said.

The Shop did try to get help. Just an hour after applications went live, Rivera attempted to secure a Paycheck Protection Program (PPP) loan from the Small Business Administration (SBA). The PPP was designed to help small businesses cover their payroll costs during the pandemic. According to the SBA’s website, they have awarded almost 4.5 million loans that average $114,000. The Shop’s first application, though, did not receive a response. They applied during the second round, and that time they were approved. As Rivera dug into the details, he grew concerned that the PPP would not be a viable solution for his business. Not only would it only cover his employees temporarily, he also spotted language in the agreement that made it sound as if his debt would be sold to unnamed parties. He decided to turn that offer down.

At least until the end of May, they didn’t need it. Not only did customers stick with The Shop, they surprised Rivera by ordering every item on the menu so the restaurant never had to limit its offerings. “Our community has been so super supportive of every step that we’ve taken and every decision we’ve made,” said Rivera.

The future, though, is as uncertain as the recent past. “Whether or not it’s sustainable is not really the question: It’s whether or not we can make it sustainable. Right now it’s working because we have such awesome support,” said Rivera. “Ultimately it’s up to us to figure out how to make it work.” Of course, it’s not hard to figure out what The Shop is up to. Just check their Instagram and Facebook feed. 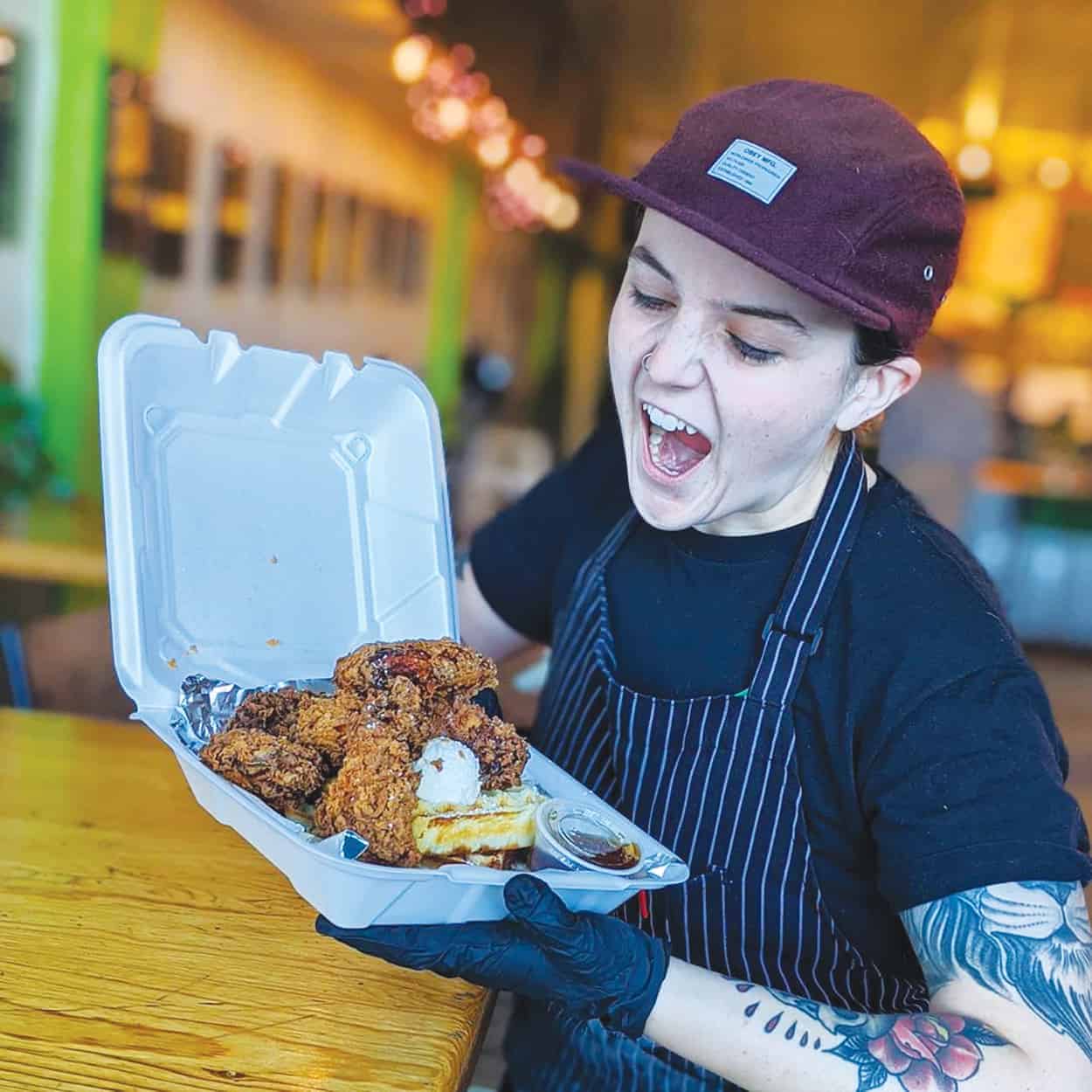 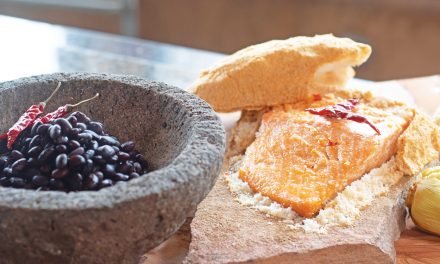 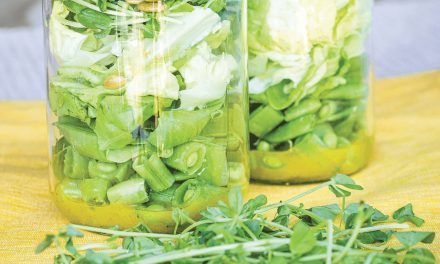 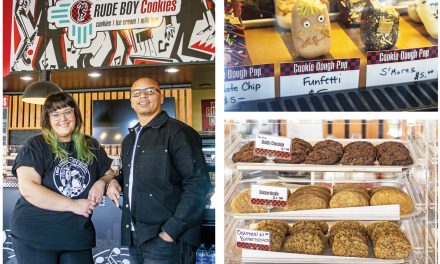 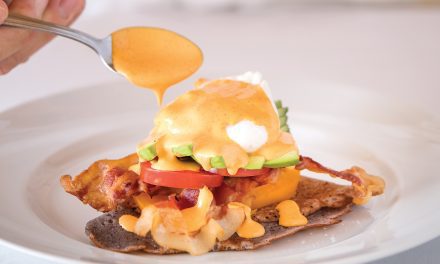