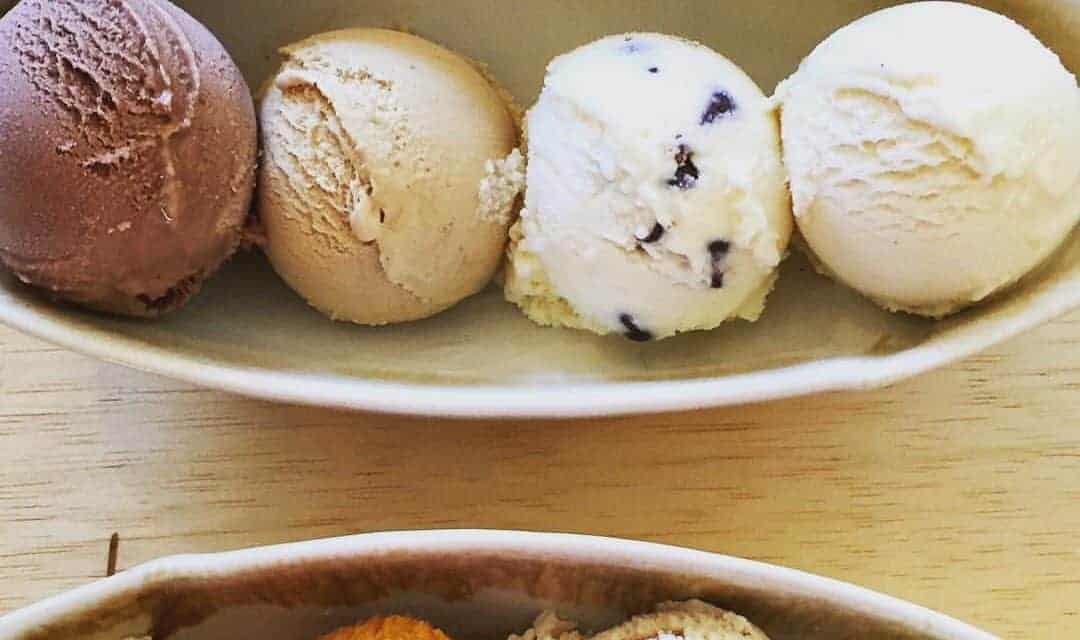 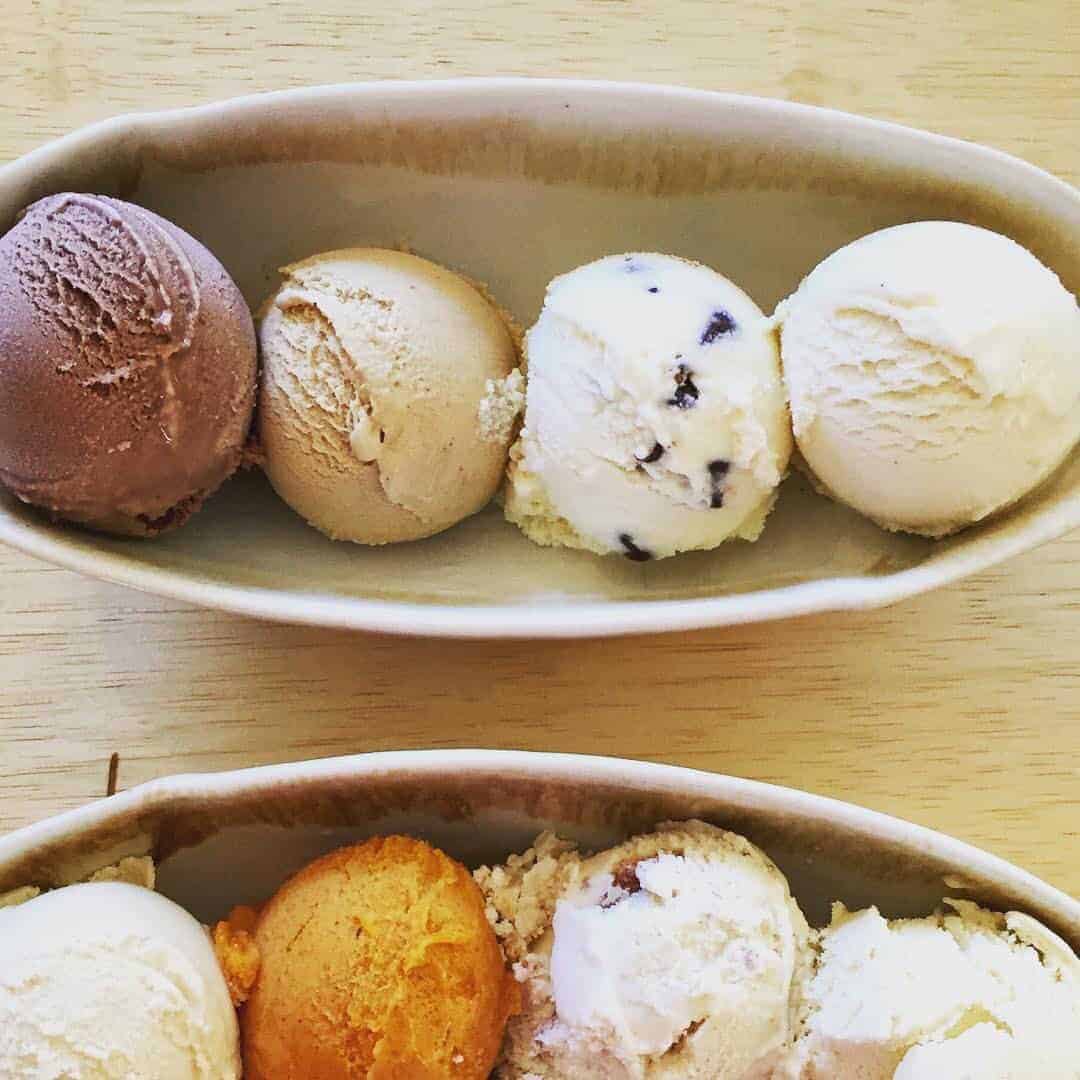 August marks a year since Joel Coleman opened his shop. As the co-owner and chef of the popular Santa Fe gastropub Fire and Hops, Coleman discovered his passion for making the frozen dessert while dreaming up flavors for the restaurant.

Coleman keeps things fresh and creative by approaching his ice cream from the viewpoint of a chef, visiting the farmer’s market for inspiration and sourcing local and seasonal ingredients when possible. 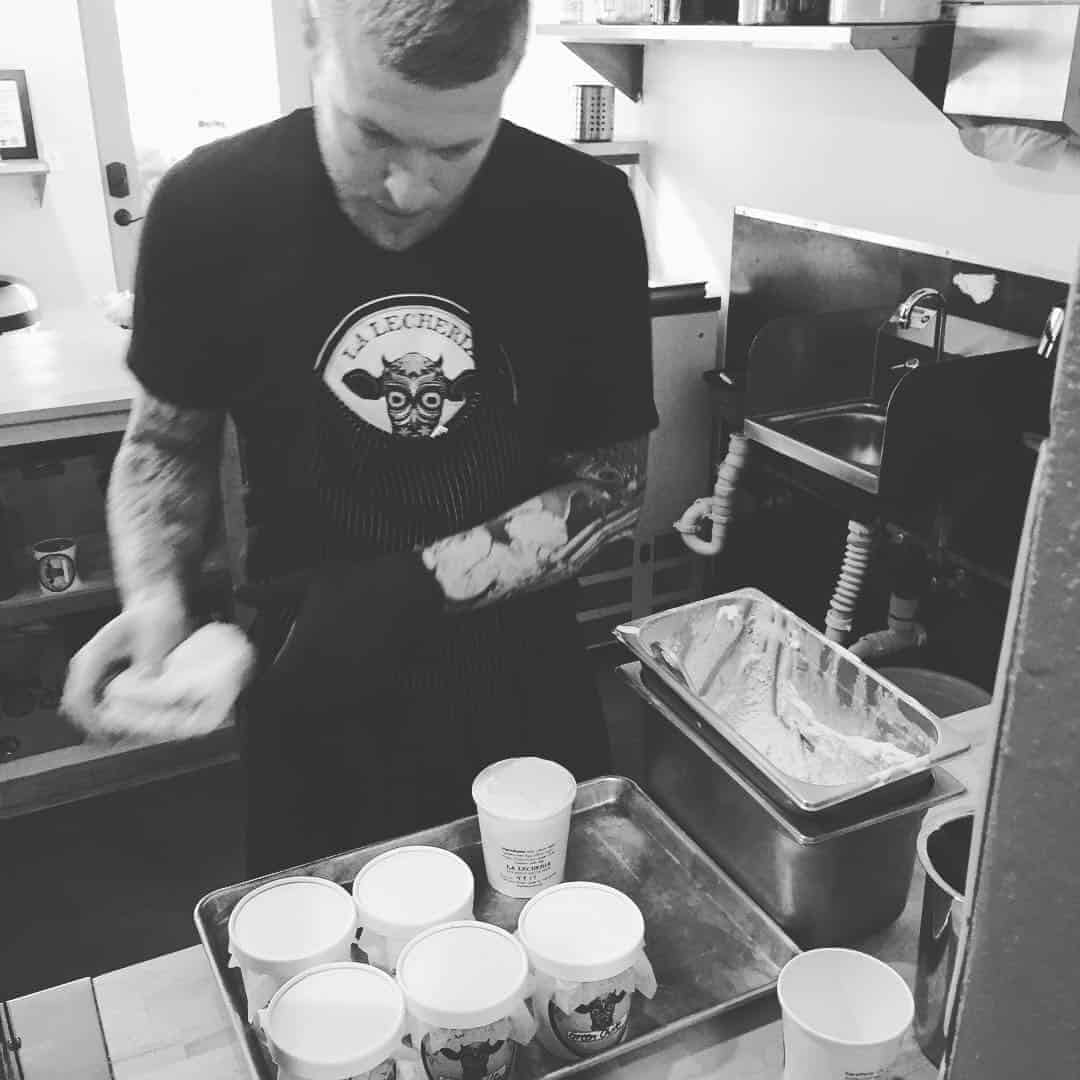 At La Lecheria, you will find the usual suspects like chocolate sea salt, vanilla, mint chip, and coffee, but Coleman also showcases his extensive understanding of culinary pairings. In response to the sometimes amazed customer reactions to his adventurous pairings (combining black pepper with fruit, for example) he says, “I’m not just doing this ice cream because it’s crazy. I want to do it because it’s a little crazy, but it also makes sense… certain things just work together… herbs when they’re mixed with sugar and dairy, this whole other element comes out.”

During the winter, Coleman admits that it was difficult coming up with new flavors, but demonstrated his creative prowess when fresh produce was scarce with offerings like banana leaf candy ginger. When grilled and steeped in dairy, the banana leaves take on surprising notes of green tea. “People went crazy for it,” Coleman says. Tasting Table recently listed the flavor as one of the best ice cream flavors in the country.

Coleman conducts monthly contests, asking customers to submit ideas for unique ingredient pairings. Many of the past winning combinations, such as coconut, blueberry, cacao nib and sea salt, and red chile, peach, and granola have become extremely popular. Some flavors sell out within a day of being released. 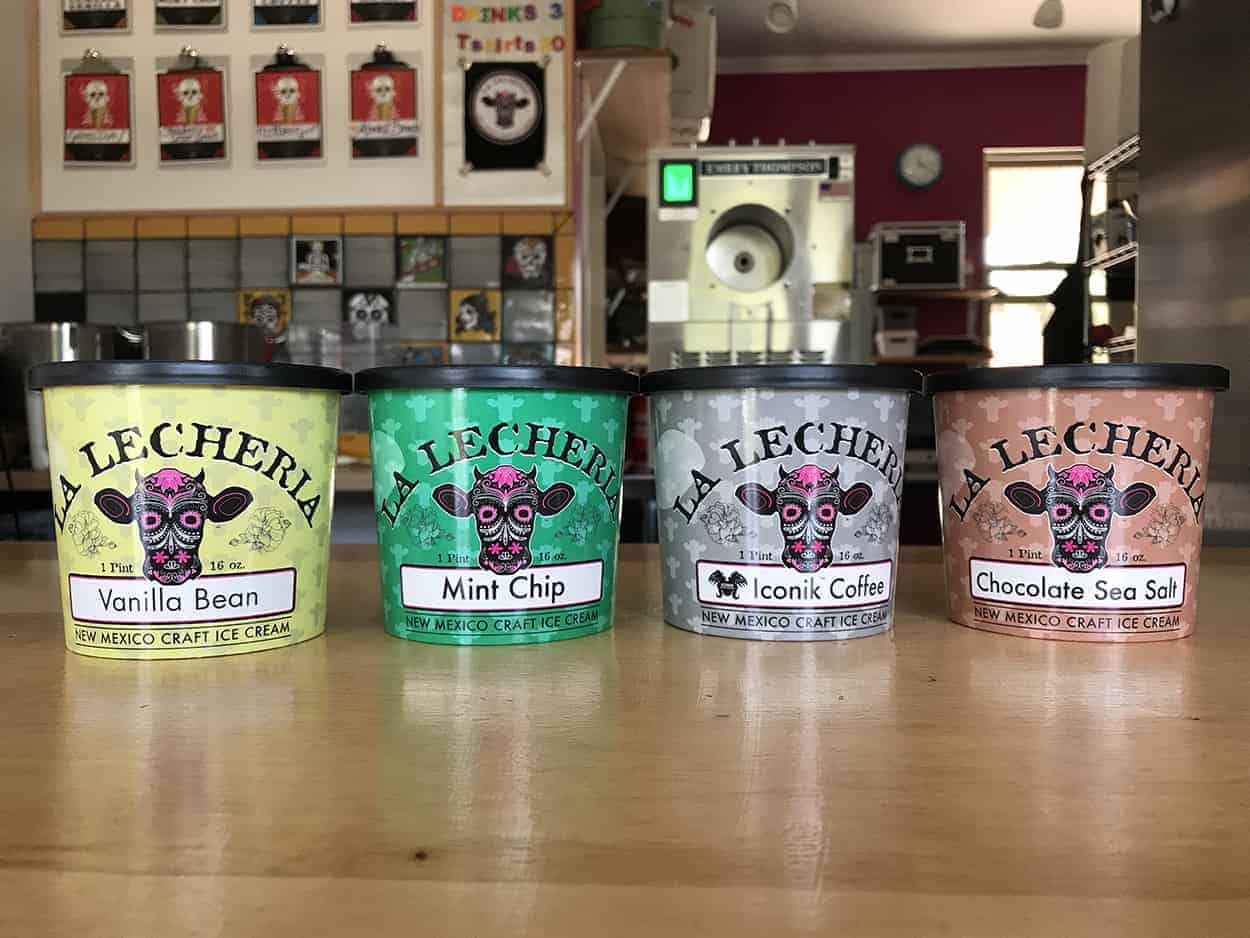 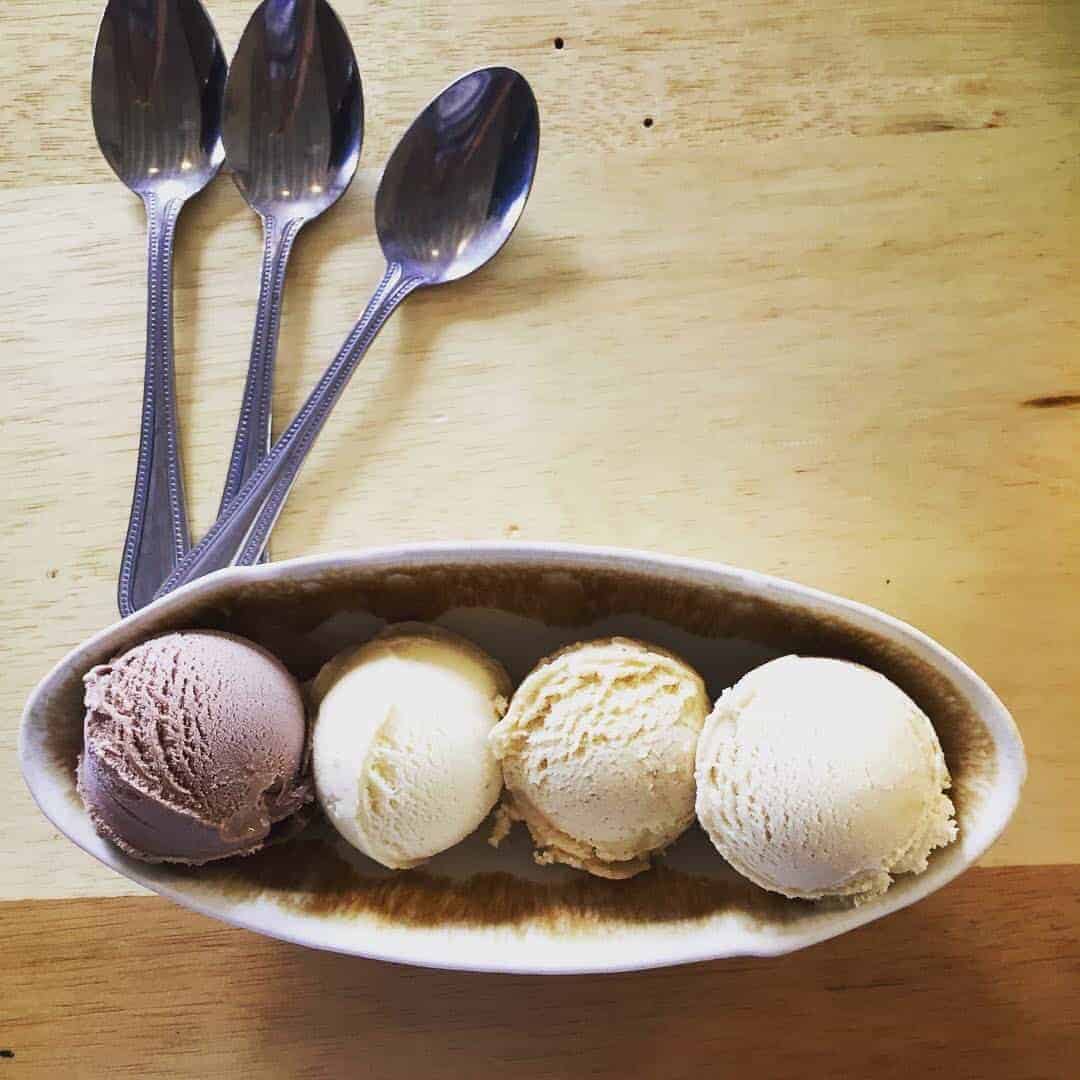 La Lecheria’s wares can be found all around town, as Coleman frequently collaborates with businesses in the area. He’s partnered with Iconik Coffee Roasters, Whoo’s Donuts, ArtfulTea, and is currently in talks with the art collective Meow Wolf.

As collaborations increase and the number of local stores selling his ice cream expands, Coleman has begun exploring the potential for opening a La Lecheria food truck, and has sought crowd-funding through the website GoFundMe.

Coleman says running two business ventures has taught him a lot over the past year, the most critical lesson being that he needs to take time for himself. “I already had my hands full with Fire and Hops. I definitely didn’t need a second project,” but receiving accolades, such as being lauded for the best ice cream in New Mexico by Thrillist, has made all the hard work and time worth it. 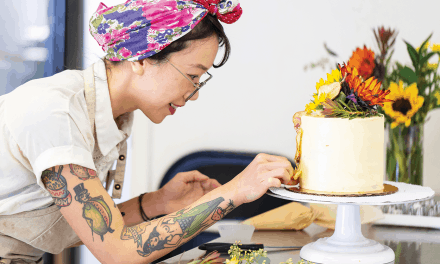 The New Mores of “Less” 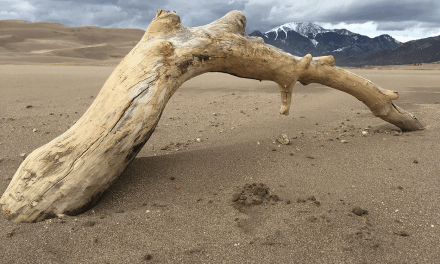 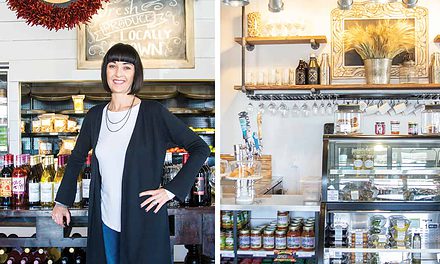