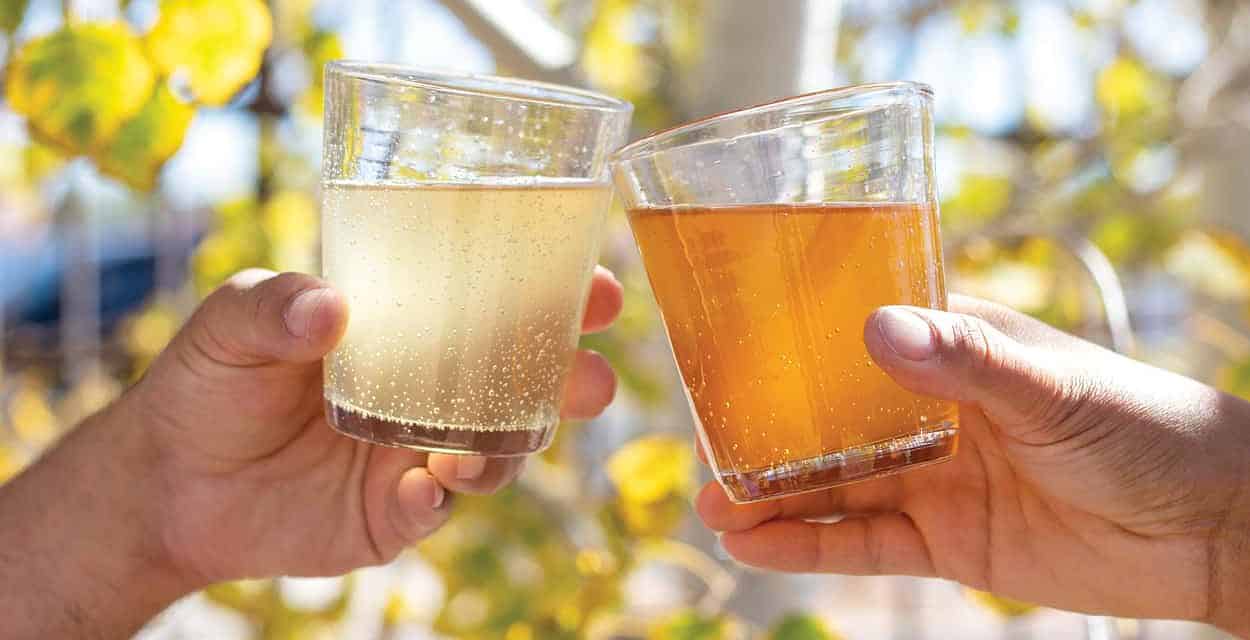 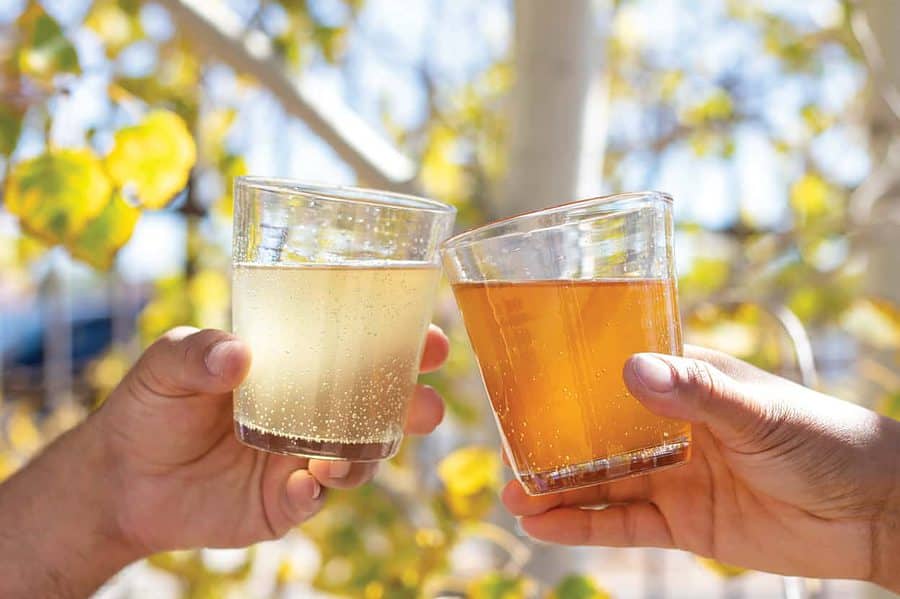 This season’s Downtown Growers’ Market in Albuquerque was very different from last year’s. When Alison Schmitt, the founder and owner of Stargazer Kombucha, handed me a cup of her cota kombucha, it had a solid plastic lid on top. Because of the COVID-19 pandemic, nobody was allowed to eat or drink at the market; you had to take your treats off-site to enjoy them.

While I understand the regulations and am grateful that the market happened at all, it was certainly a different experience from the communal, bustling market that I’ve gone to in the past. For Schmitt—and countless other small food business owners—the regulations around in-person gatherings and the reduced budgets all around have put a serious damper on business.

“I was handing out business cards and hustling for new accounts up to a week before everything shut down,” Schmitt said of Stargazer, which only launched in July 2019. While she thought she’d be focusing on getting accounts with grocery stores and breweries looking to offer a non-alcoholic option, she instead had to pivot to online sales and local delivery. “That’s something I probably wouldn’t have given much thought to if it weren’t for the pandemic, honestly.”

But after spending years gearing up to open her own kombucha business, Schmitt wasn’t going to let one rocky season slow her momentum.

Although Stargazer is young, Schmitt has been home brewing kombucha on her own since 2010. Not long after she started, she found a job with a commercial kombucha maker in London, where she was living at the time. For years after, she worked for several different commercial kombucha makers, both in the UK and the States, mostly in a marketing capacity. “But since two of [the businesses] were startups, I ended up wearing a lot of hats. So I really learned every aspect of the business, aside from the brewing on a commercial level. Then I reached a point that a lot of folks who run small businesses reach, which is asking myself, ‘Why am I doing this for somebody else?’”

Schmitt and her husband chose New Mexico as the ideal place to start their business, in part because the local market wasn’t overly saturated in terms of kombucha makers, and in part because of the landscape and the affordability. They moved to Albuquerque in 2017, and Schmitt set to work immediately.

“I spent about eighteen months developing my product, market testing. I took it to a lot of local business owners. I had coffee shop people taste it. I got really great feedback and narrowed down to three different tea varieties.” Those three varieties became Stargazer’s signature flavors: assam (black tea), tie guan yin (oolong), and cota (Navajo tea). Although she has stuck with these three until now, Schmitt expects she will add a new flavor or two in 2021.

Unfortunately, finding a space to actually make her kombucha at scale was a little more difficult. The Albuquerque Health Department has particular rules about fermentation that prohibit it from being done in shared kitchen spaces, so she wasn’t able to use valuable resources like the Mixing Bowl at the South Valley Economic Development Center or Three Sisters Kitchen. After spending many months looking for a private space to rent in and around Albuquerque, she wasn’t having any luck. Finally, she found an affordable spot at a shared kitchen space in Santa Fe—where health department rules about fermentation are a little more lenient—and took it. 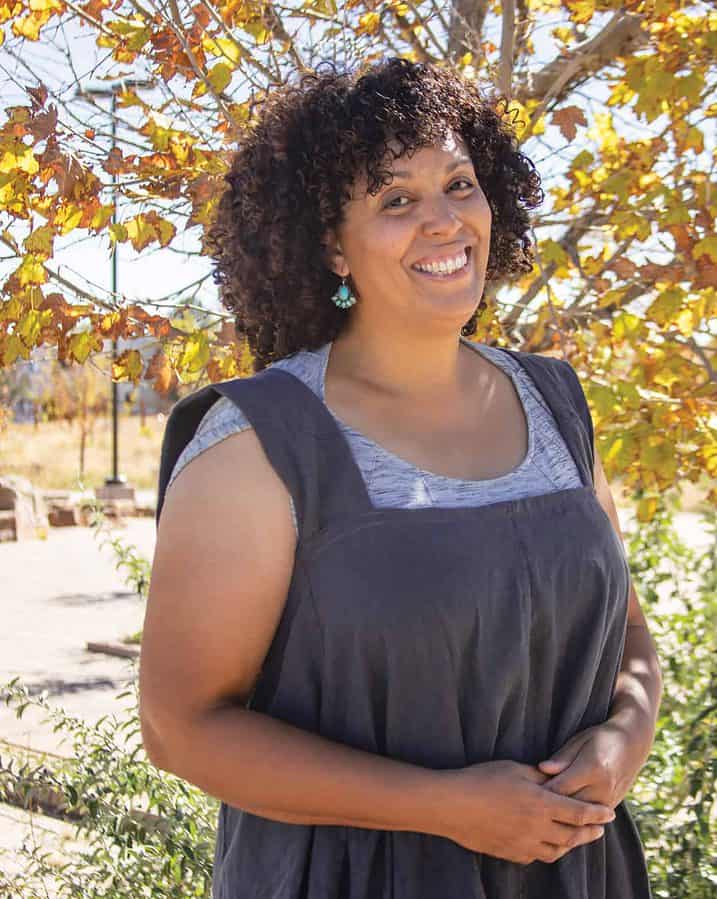 Stargazer approaches kombucha with a stripped-down style. For each of Schmitt’s kombuchas, the only ingredients are filtered water, raw cane sugar, loose leaf tea, and kombucha culture. The minimalist recipes are a refreshing response to the recent proliferation of “everything but the kitchen sink” kombuchas, which blend in juice, herbs, vinegar, and other ingredients, sometimes making overpowering flavors. By contrast, Schmitt’s kombuchas are mild and pleasant, highlighting the flavors of the teas she selected specifically for their ability to stand on their own.

But it took a whole process for Schmitt to land on the stripped-down approach. “Originally, my plan was to make these incredibly ambitious, weird, and bizarre flavors—like green chile kombucha! And I started playing around with things like that, and, to be honest, I didn’t like any of the things I came up with. But as I was trying all these different teas to create different bases, I got all these really cool single origin teas, and, in the end, I realized that I just really liked the pure flavor of these teas rather than anything I was trying to add to them.”

“We’re the only ones making cota kombucha to my knowledge. It’s our best seller, and it grows right here in New Mexico,” Schmitt said. “We buy our cota from the Rio Grande Herb Company, and they buy directly from pickers and wildcrafters in the Pueblos.” The little yellow flower, also called Navajo tea, has a subtle goldenrod color when made into kombucha, and a mild, floral flavor that’s similar to chamomile. “I challenge anyone who says they don’t like kombucha to try our cota,” she said.

Despite the difficult economic terrain of this year, Schmitt is optimistic about the future of Stargazer. “I get so much positive feedback about the products,” she said, adding, “There’s actually a surge in demand for kombucha and fresh pressed juices and ‘immunity boosting’ foods during the pandemic. For those brands that have grocery store outlets, this was a good year for them.” In fact, Schmitt is looking for a larger space in Santa Fe to expand Stargazer’s production and hopes to go after some of the brewery and coffee shop accounts that didn’t pan out this year. 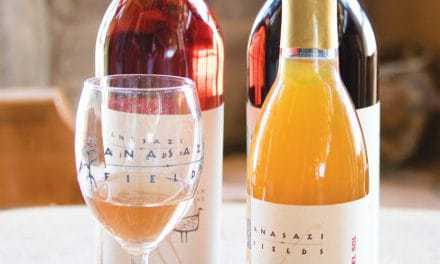 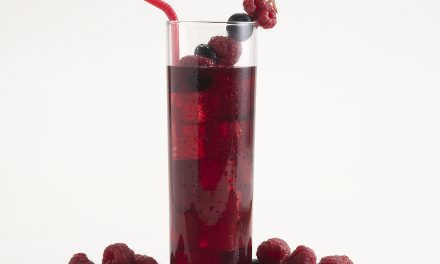 Eight Around the State: Craft Brews