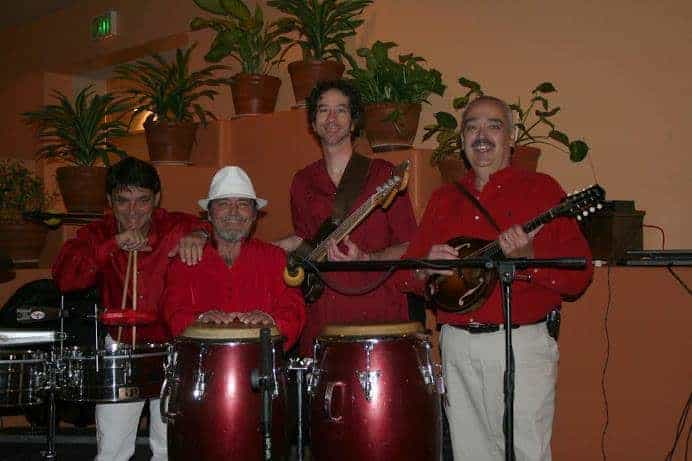 VICTOR ALVAREZ is the founder and leader of “SAVOR” Cuban Street Music. Cuban born award-winning mandolinist and guitarist, Victor has traveled the world with his salsa orchestra La Express. He has recorded under the labels of AARP and North to South. Victor sings and plays mandolin as a Cuban laud and also plays guitar with Savor.

In 1997, Victor followed his dream of playing a more complete repertoire of true Cuban music, such as the Buena Vista Social Club, for audiences to listen, learn about and enjoy Cuba’s often forgotten and underestimated contribution to Latin music. SAVOR performs from a TRIO to EIGHT pieces. Using congas, hand percussion, vocals, acoustic bass, guitar, bongos and trap-set for bigger shows, the music that the group performs includes Cuban and Afro-Cuban sounds and rhythms based on the original Cuban “Son”; which is the grandfather of the modern ‘Salsa’ rhythms. The music is performed in an informal acoustic and street-like manner, making it raw and infectiously dance-able. In addition, SAVOR’s repertoire includes many other Latin American and Spanish songs for the eclectic and Latin hungry taste. SAVOR, which fans and music lovers now see performing, is the product of several years of hard work and dedication to a personal quest of homage to a long vibrant Cuban heritage of great music and culture. We invite all who find themselves curious about Cuban rhythms and Cuba’s music to come out, hear us and party with us like on the streets of Habava Vieja! (old Havana)