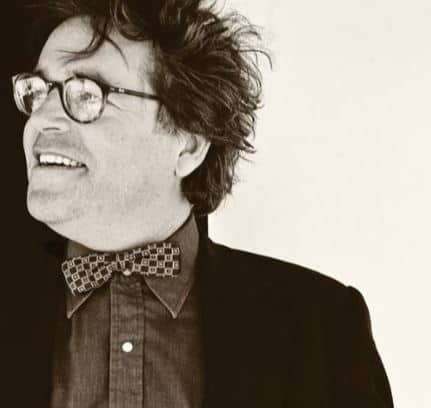 —Joe West is an award winning songwriter and performer based in the
international art community of Santa Fe, New Mexico. His music has been described as
“theatrical folk music” but is influenced by both country and rock.
Joe has toured extensively throughout the United States and Europe, sharing the stage with the
likes of Peter Rowan, Arlo Guthrie, and Violent Femmes. He has created 9 full length CDs of his
original music and has created several music videos.
Over the last few years, Joe has created a full length rock opera, has produced music for film and
television (most notably the EMMY award winning documentary, SPLIT ESTATE) and has
created an all original conceptual radio show called THE INTERGALACTIC HONKY TONK
MACHINE. His latest CD, BLOOD RED VELVET, was rated one of the top CDs of 2014 by
the London Telegraph and has been featured in the feature film DEATH AND TAXES.
Most recently Joe has returned to his theatrical roots and has created THE THEATER OF
DEATH; a theater company which performs Joe’s original dark horror/comedies with original
live music.
Joe lives with his daughter and her mother on the outskirts of Santa Fe on the old family ranch.
He enjoys fishing, cutting wood for the fire and spending quality time with his family.
For more information contact Joe West:
505.471.1916
joewestmusic@hotmail.com
joewestmusic.com