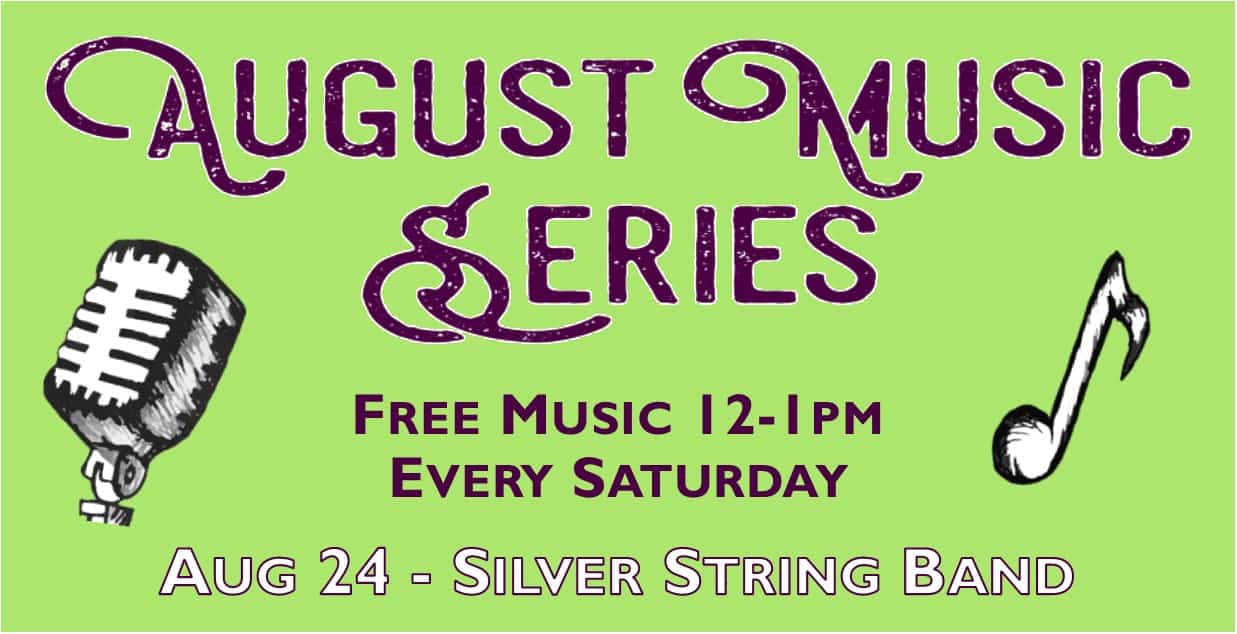 Join us for FREE Music in the Park at 12pm every Saturday in August! Outdoor concerts will take place at the beautiful Center for Ageless Living Community Park. A great time for free Saturday fun for Families and friends. A special BBQ dish for $6 (BBQ Chicken served with potato salad) will be prepared by the Green House Bistro & Bakery for enjoyment in the park or join us in the dining room for ice cold beer or a glass of wine.

August 24th – Silver String Band
The Silver String Band is known for pushing the boundaries of traditional bluegrass music. This “rowdygrass” ensemble balances high-energy, boot-scooting music with enchanting, soulful songs that will pluck at your heartstrings.

Formed in 2015, Silver String Band immediately captured the attention of the booming music scene in Albuquerque, NM. After a year of playing the brewery stage circuit, they released their first self-titled studio album in the fall of 2016, which led to notable local and regional growth as they made a name for themselves and embarked on a tri-state tour.

Their second studio album, “Keep Running,” was released in the spring of 2018 and reflects on the toils of young adulthood, bucolic landscapes, and pays homage to a number of musical styles including bluegrass, grunge, punk, jazz, gospel, and country music.

Join us every Saturday in August for fun, free music in the park. Here’s who’s coming next: